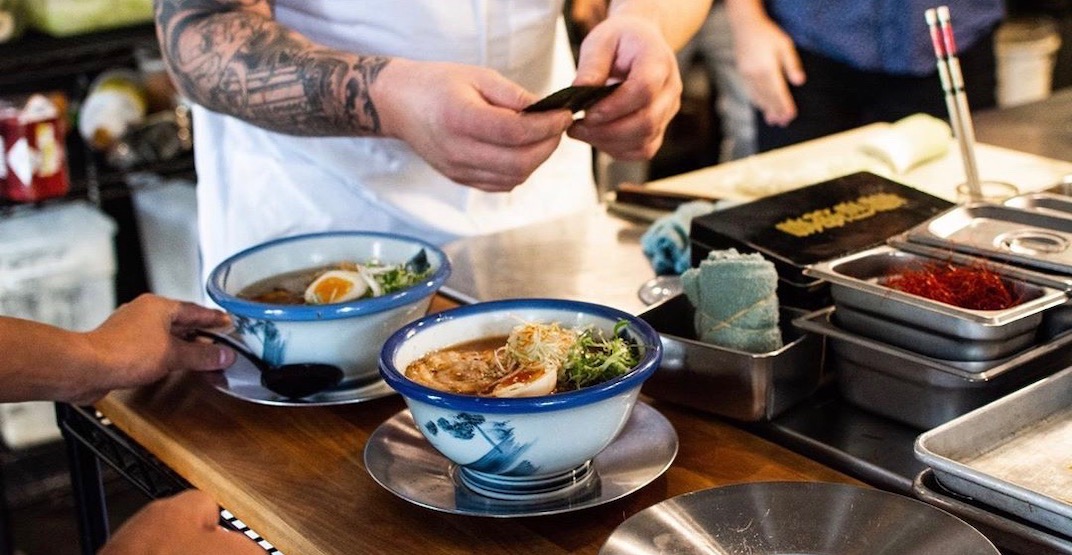 We reported that AFURI Ramen and Dumpling would be opening its first-ever Canadian location in Richmond earlier this summer, and now, we finally know when it’s opening to the public.

The acclaimed Tokyo ramen joint is slated to open in the former location of Dazzling Cafe at 140–7971 Alderbridge Way early next month, and it sounds like we’re in for a treat.

The restaurant’s decor will feature the brand’s signature bright and airy vibe, with high ceilings and natural wood.

The AFURI team tells Daily Hive that the new location will “take a cue from Japan’s ramen vending machine tradition updated for the 21st century.”

Think full touchscreen ordering, which will be guided by the restaurant’s team.

For food, guests can expect AFURI’s signature Yuzu Shio Ramen, along with Yuzu Shoyu, Yuzu Ratan, Tonkotsu Tantanmen, Tonkotsu Shio, a vegan Hazelnut tantanmen, and a Tsukemen in both Yuzu and Spicy versions.

For drinks, there will be local beer, wine, sake, and house-made ginger ale along with a selection of original cocktails and mocktails made by AFURI’s bartenders.

AFURI Richmond will be officially opening on January 7.

The Richmond location is just one new opening for the brand, which is known for its signature Yuzu Shio ramen and Buta Gyoza (pork), as AFURI has plans to open a Vancouver location (address to be determined) as well as outposts in California, Hong Kong, and Singapore.

AFURI currently operates a few eateries outside of its founding country of Japan in the US and Portugal too.