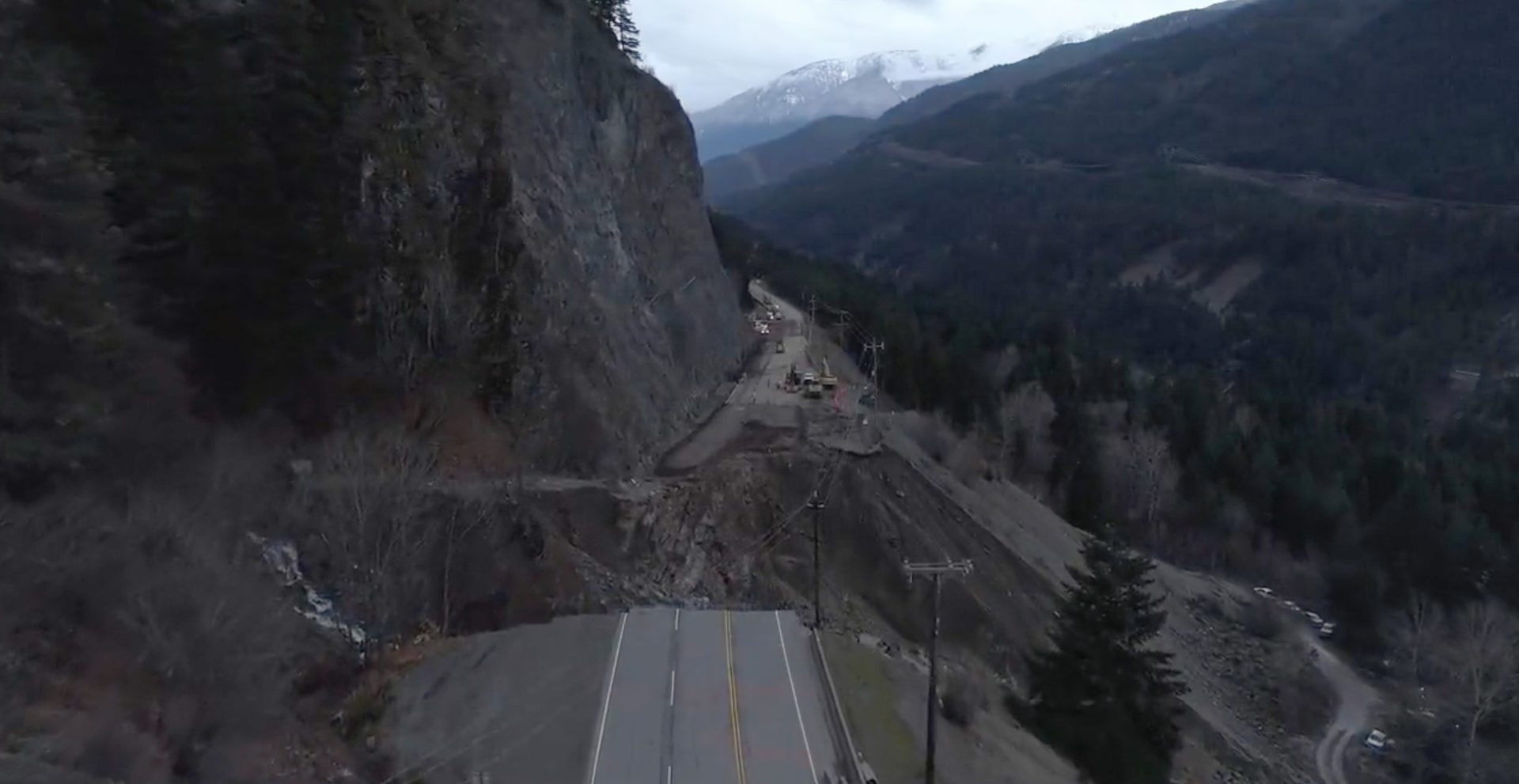 British Columbians are still getting perspective on the damage that storms, flooding, and mudslides have brought to the province.

One part of Highway 1 – the Trans Canada Highway – in BC’s Thompson-Nicola region is completely broken and won’t be fixed any time soon.

The BC Ministry of Transportation and Infrastructure shared aerial footage captured on November 25 that shows a massive gap in the highway.

On Tuesday, November 30, Transportation Minister Rob Fleming said in an emergency management update that it’s a unique area where CN Rail is working alongside the government.

“It’s hard going work. There’s no question about that, but there are crews both for rail and highway assisting one another to gain access and to get material,” said Fleming, who also noted that there may be another update on Highway 1 later in the week.

Watch the video now to see the extent of the damage on this part of Highway 1:

An aerial look at Jackass Mountain on #BChwy1, south of #Lytton. This is from November 25th giving a sense of the impact at that site and the work to be done.
Crews are on site and working to address the damage.
Check @DriveBC https://t.co/NCVlkn102s for the latest updates. pic.twitter.com/WQ8MPEFLeB

According to Drive BC, there’s flooding between Kahmoose Road and Main Street for 30.8 km, from Lytton to 14 km south of Jackass Mountain Summit. They’re currently assessing the damage and there’s no estimated time of reopening.

Highway 1 is facing multiple challenges. In the Lower Mainland, part of it is closed between Abbotsford and Chilliwack.

As the Nooksack River flooded again on Sunday, November 28, crews worked overnight to establish a tiger dam to help protect the vital highway from more damage.

Transportation BC also has aerial footage of the final dam installation:

An aerial look at the hard work on the Tiger Dam setup last night on #BChwy1 in #Abbotsford to hold back Sumas flood waters.
Thanks again to our crews, Canadian military, @ShxwowhamelVLP @AbbyPoliceDept @BCRCMP and the @City_Abbotsford Fire Dept, for their efforts overnight. pic.twitter.com/zTqM19IwPW

You can help support the BC communities affected by flooding by donating now.