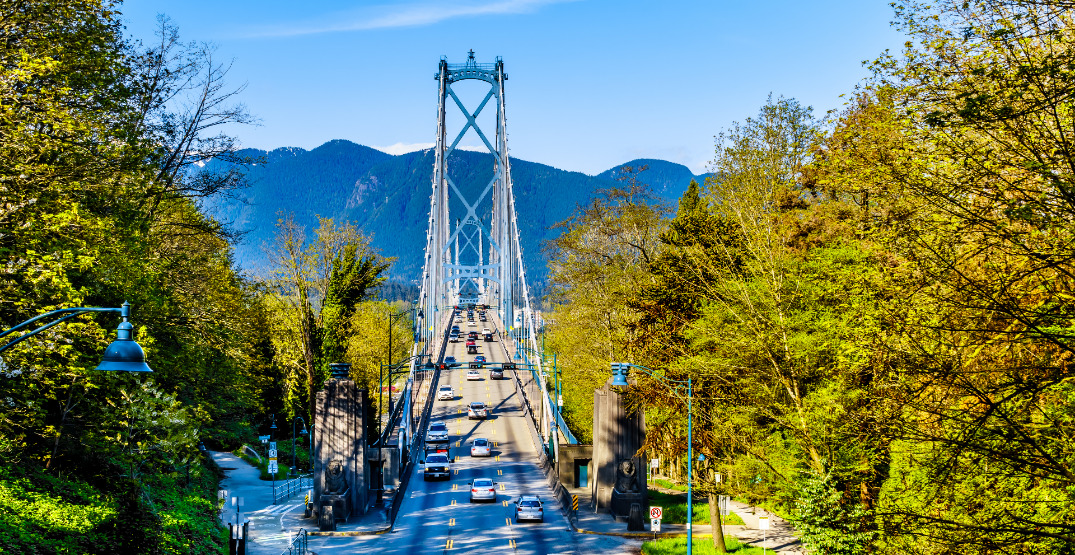 If you’re planning on travelling along the Lion’s Gate Bridge to take advantage of Black Friday deals in the city, be warned that a major traffic disruption could be in the cards.

This is the first of many non-violent civil resistance actions over the coming weeks,” reads the Facebook event post.

Organizers of the event are looking for “arrestable” volunteers for the disruption, which is in response to an increased RCMP presence against Wet’suwet’en land defenders, who XR organizers say are “being unjustly brutalized and arrested on their own lands.”

The group is planning to assemble at 7:30 am, and then they will proceed to attempt to block traffic on the bridge during peak rush hour.

This wouldn’t be the first time that XR Vancouver has taken over the Lion’s Gate Bridge. Back in May of this year, they staged a climate protest against the Trans Mountain Pipeline on the bridge.

The Lion’s Gate Bridge is often congested even on a good day, but with Black Friday traffic, poor weather conditions and this demonstration in mind, commuters should plan accordingly.

Even before this disruption was planned, Vancouver Airport put out a travel warning in regards to an expected rush on Black Friday, so things could get messy.

Daily Hive has reached out to the VPD for comment.