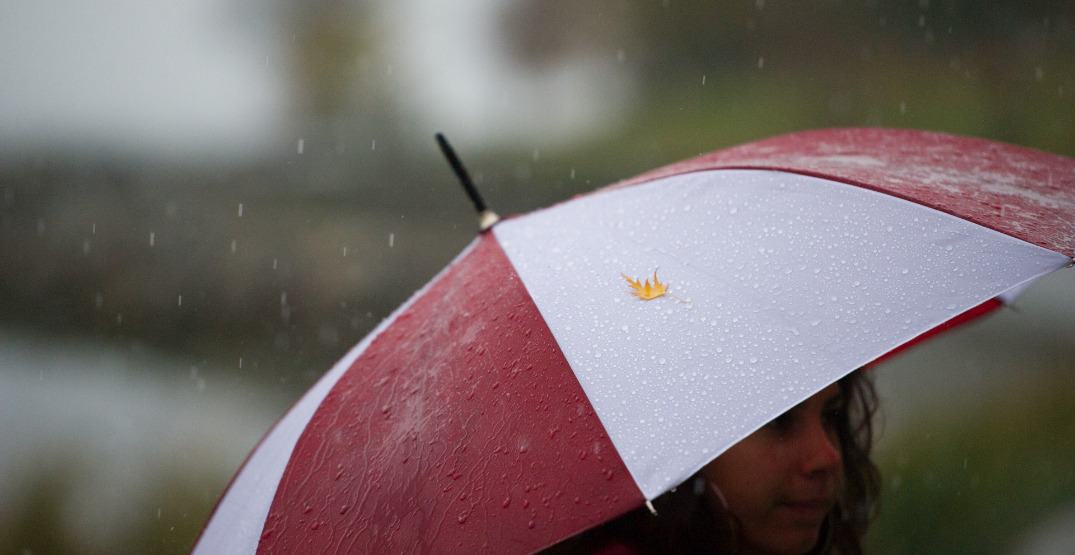 Environment Canada has issued a rainfall warning for Metro Vancouver and the Fraser Valley for this weekend.

The forecast predicts 100 mm of rain will hit the region beginning on Saturday.

Total rainfall is expected to reach 60 mm over southern sections and up to 100 mm near the mountains. Howe Sound and the Sunshine Coast are also affected by this weather warning.

A front will approach BC’s south coast on Saturday, and rain will begin for most areas by Saturday morning. Environment Canada says that the heaviest rain will take place on Saturday night.

Between Saturday and Sunday morning, rainfall will vary from 50 mm from Richmond to Abbotsford to 100 mm closer to the mountains. Squamish and Sechelt could also see up to 80 mm of rain.

The alert was issued on Thursday afternoon and will affect the following regions:

Meteorologists suggest that strong warming will accompany this system. Warming could cause “snow levels to rise well above mountain tops on Saturday afternoon,” increasing the risk of flooding affecting already vulnerable areas.

A separate warning is also currently in effect for Metro Vancouver, and it will last until Thursday night.