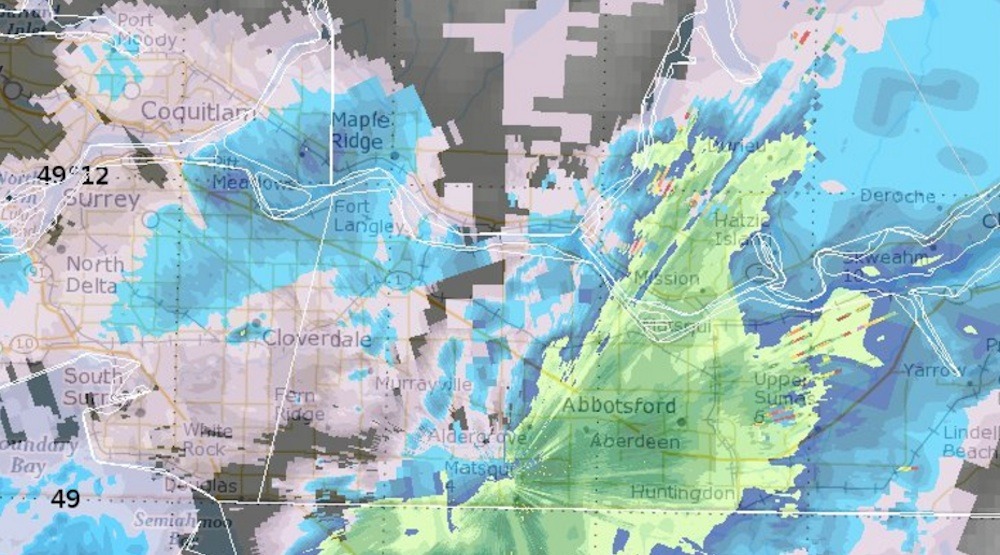 A snowfall warning is in effect for the area from Abbotsford to Chilliwack as a moisture-rich band is moving through the area. High rates of accumulation can be expected.

Up to another 20 cm is forecasted to fall in the Fraser Valley today.

Elsewhere in the region, only flurries are expected, although eastern municipalities of Metro Vancouver could experience some new accumulation.

There’s so much snow even the snowmen can’t get anywhere! #snowbound2017 #abbotsford #winterwonderland