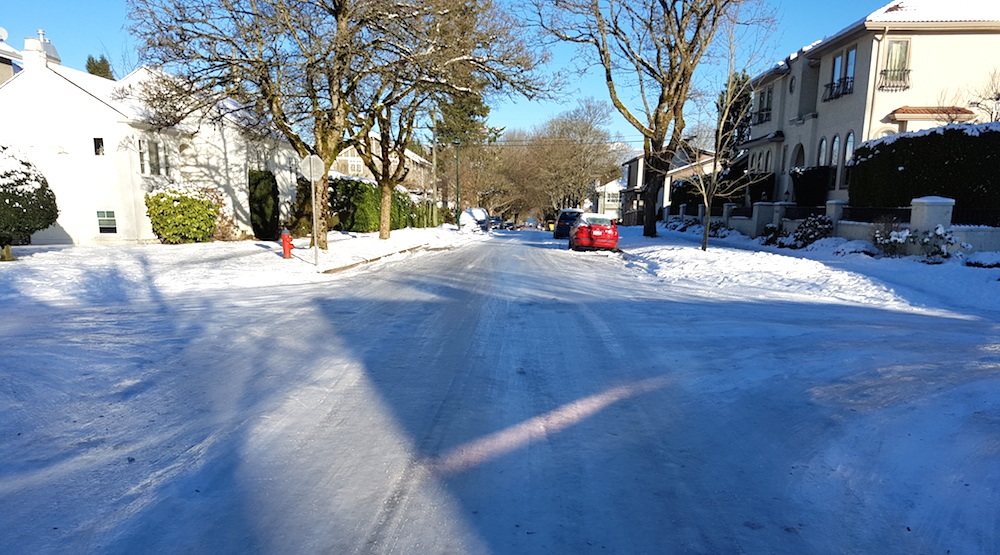 Vancouver is going through an icy crisis.

People have been slipping, sliding, and even skating on city streets due to an accumulation of solidified snow and ice.

The lack of ice-melting salt available at shops in Vancouver prompted the City to make supplies available free of charge at ten fire stations beginning on the morning of January 4.

But the salt supplies at fire stations ran out in minutes, prompting anger and frustration amongst residents.

The ice is not expected to melt on its own anytime soon. More snow and cold weather are in the forecast for this weekend, meaning the salt shortage will likely continue.

And don’t think you can get away with leaving your sidewalks a slippery, danger zone. Vancouver property owners and landlords are responsible for clearing snow from the sidewalks that surround their property by 10 am on the morning after the snowfall and are subject to fines if they fail to do so.

If you’re desperate for ways to get that ice off of your sidewalk and driveway, there are some helpful alternatives to salt that you can use.

If you want to attack that ice, here are some alternative options:

Note – Please remember you’ll need to help clear this stuff up when the cold snap passes. Unless you like walking around on alfalfa, of course.