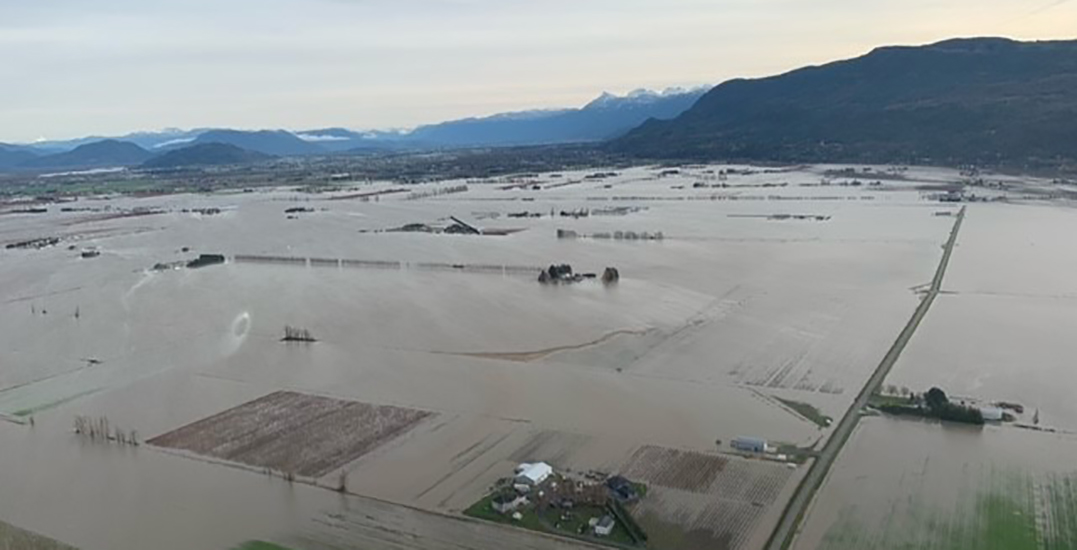 The City of Abbotsford rescinded part of an evacuation order Monday after floodwaters on the Sumas Prairie went down seven inches overnight following dike repairs.

Mayor Henry Braun was cautious at his afternoon news conference saying more repairs need to be completed before several more storms hit the region this week.

“There’s still a big lake out there,” Braun said. “There’s lots of work to be done.”

As of 12 pm on Monday afternoon, people living in Sumas Prairie North are allowed to return home as an evacuation order is rescinded.

The order has been downgraded to an alert for Sumas Prairie North of Highway 1 between Sumas Way and Whatcom Road. 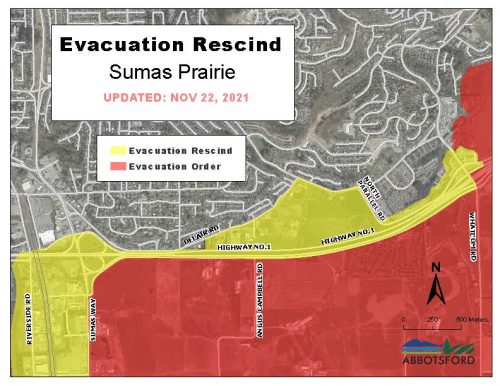 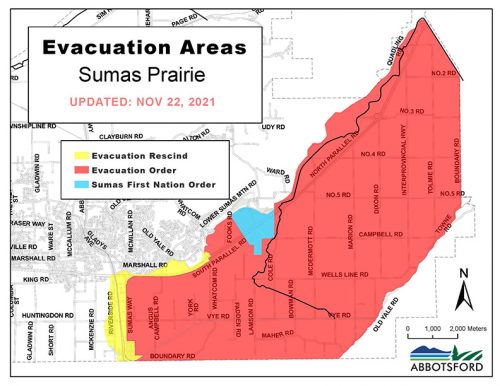 According to the City of Abbotsford, while residents can return home, they are being made aware they may have to evacuate again if the situation escalates.

Residents of other areas of Sumas Prairie remain out of their homes.

The City of Abbotsford has conducted Rapid Damage Assessments (RDA) for flood affected properties in this area.

Rapid Damage Assessments (RDA’s) are being carried out for flood affected properties by more than 50 trained professionals. We are working to get residents back into their homes as soon as it is safe. pic.twitter.com/GtX9bN7KYd

During a news conference Monday afternoon, Mayor Henry Braun says crews continue to work throughout the night on Sumas River dikes and rebuilding will be a “monumental” task that could take year.

“If we look at other floods, people are in recovery mode for years. I think this will be the same,” Braun said.

Over the weekend, more than 100 members of the Canadian Forces arrived in the area and continue to help with clearing of debris and culverts.

Another update from Mayor Braun is expected on Tuesday afternoon.