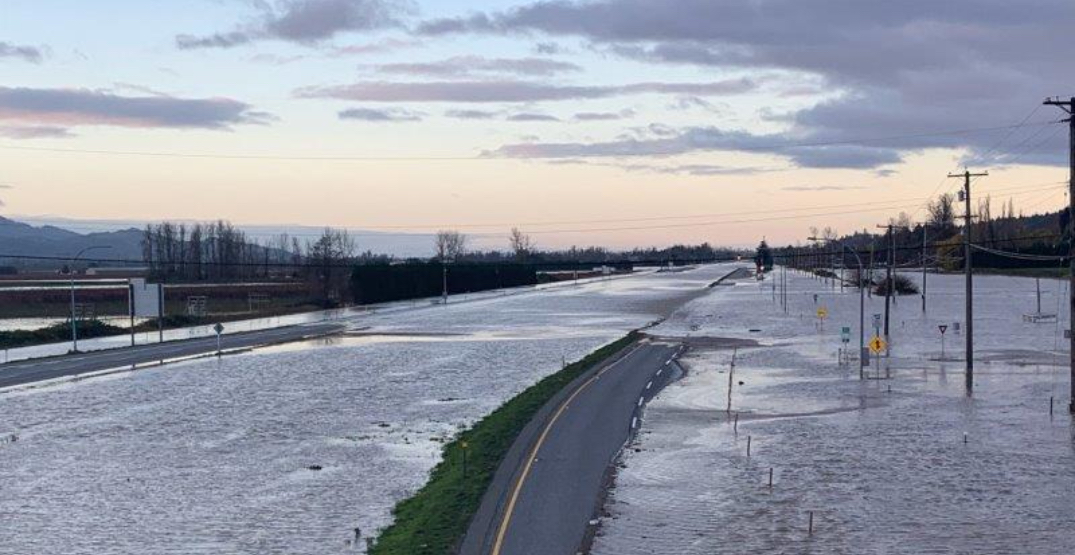 Abbotsford will be watching what the Nooksack River in Washington state does this weekend, as it could affect flooding in the Fraser Valley.

The flood zone remained stable over the last 24 hours and the Barrowtown pump station – which helps prevent flooding by pumping water from Sumas Prairie to the Sumas and Fraser rivers – is fully operational.

Mayor Braun says that Abbotsford can handle the forecasted rain, but it’s not clear what the effects of the Nooksack River could be if it floods on Sunday.

“While the National Guard is supporting sandbagging in Whatcom County, floodwaters from the Nooksack River are anticipated to cross into the West side of Sumas Prairie near Huntingdon Village tomorrow,” said Mayor Braun.

“The Huntingdon area remains on evacuation alert, which means residents need to be prepared to leave on short notice prior to an evacuation order being issued,” he said.

“We will be doing our very best to provide residents with as much advance notice as possible. However, residents still need to be prepared to leave immediately, as we may only receive limited notice due to the changing conditions.” 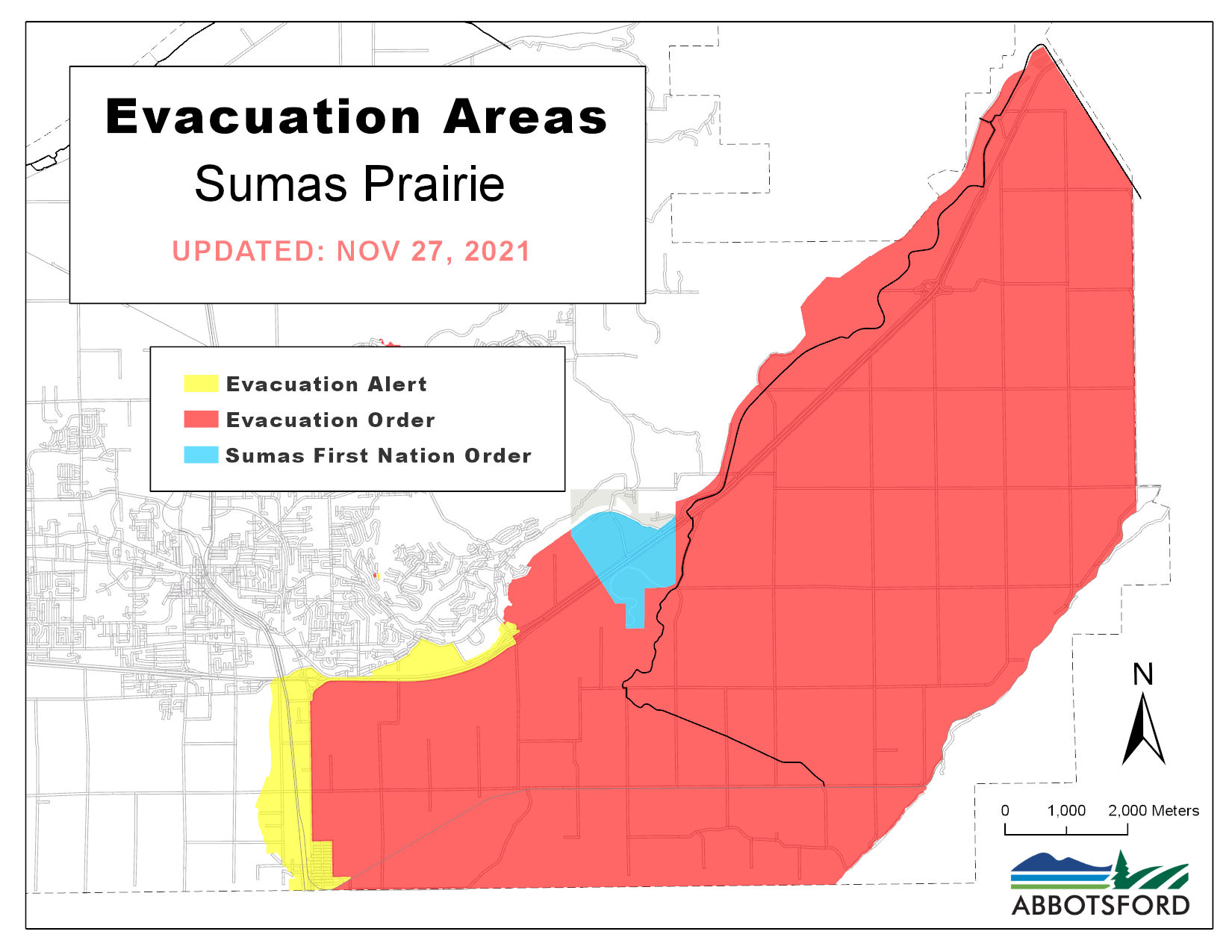 “We are not anticipating to lift any of the current evacuation orders before the middle of next week,” said Mayor Braun.

On Friday, November 26, Prime Minister Justin Trudeau was in the Fraser Valley and met with Mayor Braun, who stressed the importance of critical infrastructure support.

A few photos from Mayor Braun and Prime Minister @JustinTrudeau‘s visit to meet and thank some of the volunteers who helped protect the Barrowtown Pump Station during the first few nights of the flood. pic.twitter.com/PWnGQUjHIA

“If we are not supported and the Barrowtown pump station fails, we expect there will be eight feet or more of water over Trans Canada Highway 1 for months, which could result in a critical transportation route for residences, goods, and services for the Lower Mainland and BC being out of commission for up to a year,” said Mayor Braun.

For all Abbotsford updates, check the city’s website where they have a page listing all the important details for residents.

The US is predicting the Nooksack River will flood on Sunday, so for now, Abbotsford is waiting and hoping for the best.