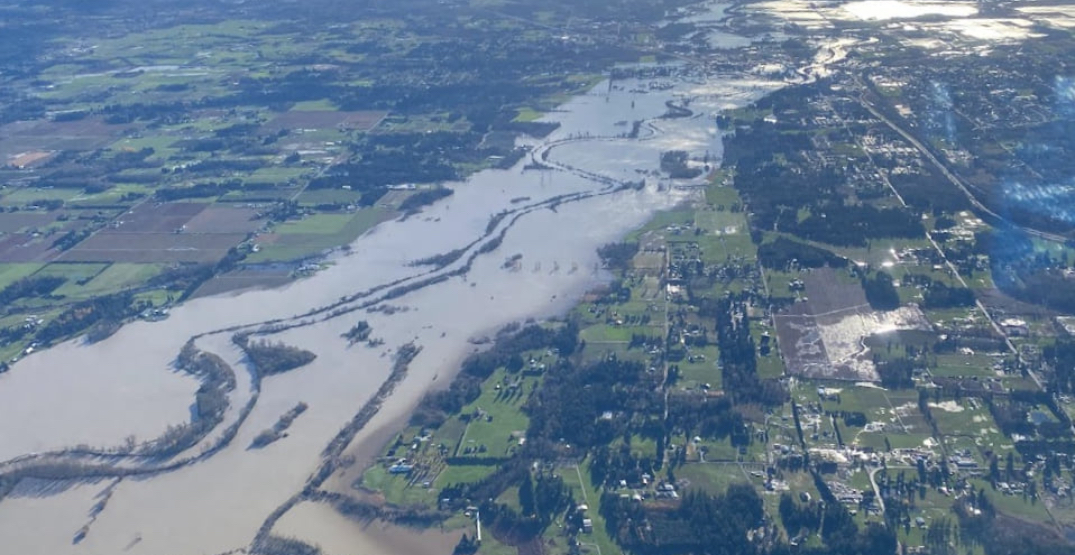 Forces of nature don’t tend to recognize international borders. So when Whatcom County, which neighbours BC, warns about potential flooding, it’s important for British Columbians to listen.

According to their update, US officials say that they project the Nooksack River to reach “moderate flood stage” on Sunday, November 28.

The Washington State National Guard is being deployed in advance to standby to help sandbag and transport supplies.

“Damage to levee systems from previous storms may result in greater impacts to the floodplain areas than would typically be experienced at these river levels,” reads a Whatcom County update.

They anticipate that based on their latest flood models, the predicted flows will be high enough to impact Sumas.

If you look on a map at Whatcom County and where it meets Abbotsford, you can see how the nearby Nooksack River connects to the Sumas River.

When the Nooksack overflows, it can spill over into the Sumas. That’s exactly what happened during the November 14 to 16 atmospheric river event that flooded parts of the Fraser Valley.

The Veterans Assistance Fund administered through the Whatcom County Health Department is available to provide assistance to eligible veterans who have been affected by this week’s floods. Details here: https://t.co/MSkpQYyVrE pic.twitter.com/nQ1XXDYOQ8

Where I grew up. Not the first time this has happened. Washington state needs to fix their nooksack river dyke and levy situation pic.twitter.com/kMwIBaeDdv

The information from our neighbours to the south echos what Environmental and Climate Change Canada said on Friday, November 26, when they issued a “red level alert for BC.”

Currently, the River Forecast Centre has a flood warning in effect for the Sumas River and the surrounding area, including the still flooded Sumas Prairie.

Warnings are in effect as the next storm has arrived on the north coast. In the Fraser Valley 50-70mm of rain may fall by Friday(Nov.26/21) morning. This may worsen conditions in previously affected areas.
More heavy rain this weekend.
Warnings: https://t.co/PJB6lfNKdu#BCStorm pic.twitter.com/5D4Pn3DnWZ

Right now, Metro Vancouver is under a rainfall warning with 60 mm of rain anticipated in Vancouver and up to 80 mm in the Fraser Valley.