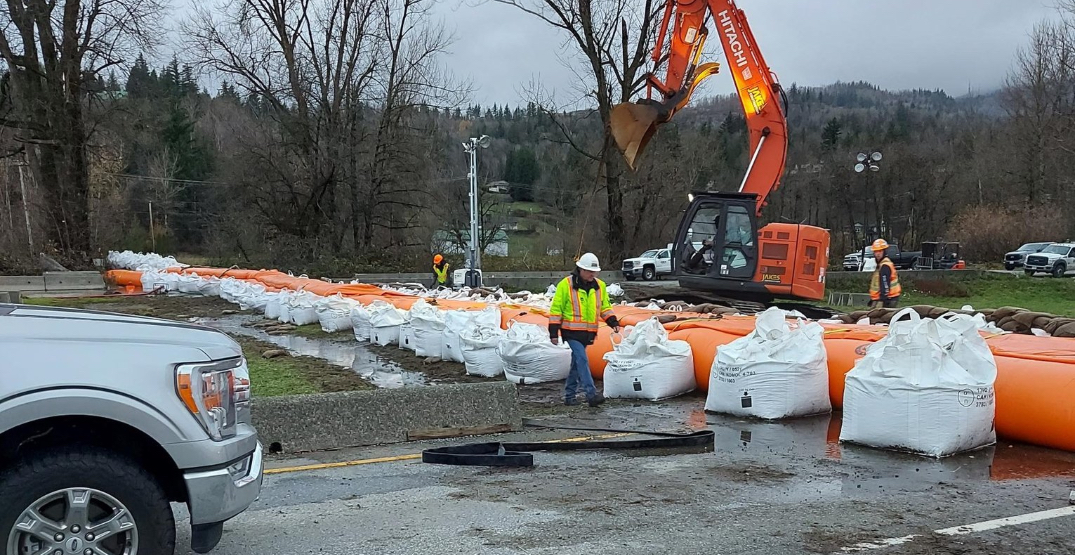 Three weeks after Abbotsford first experienced a 100-year flood event, some residents are able to go home while others remain under an evacuation order.

In an update on Monday, December 6, Mayor Henry Braun officially extended the state of emergency for another week in Abbotsford.

“Over the weekend, we saw a 70-inch drop in the water level of the Sumas Prairie old lake bottom,” said Mayor Braun.

“Despite this progress, it will still be some time before that area becomes accessible again.”

The mayor said he’d recently visited flood-affected areas. While the road is higher than the farmlands in some places, there’s still four to five feet of water in the fields.

Officials shared a photo that shows the water in the old Sumas Prairie lake bottom. To help explain the extent of the flooding, the mayor pointed out that barely visible in the water is the tire of an upside-down tractor trailer. 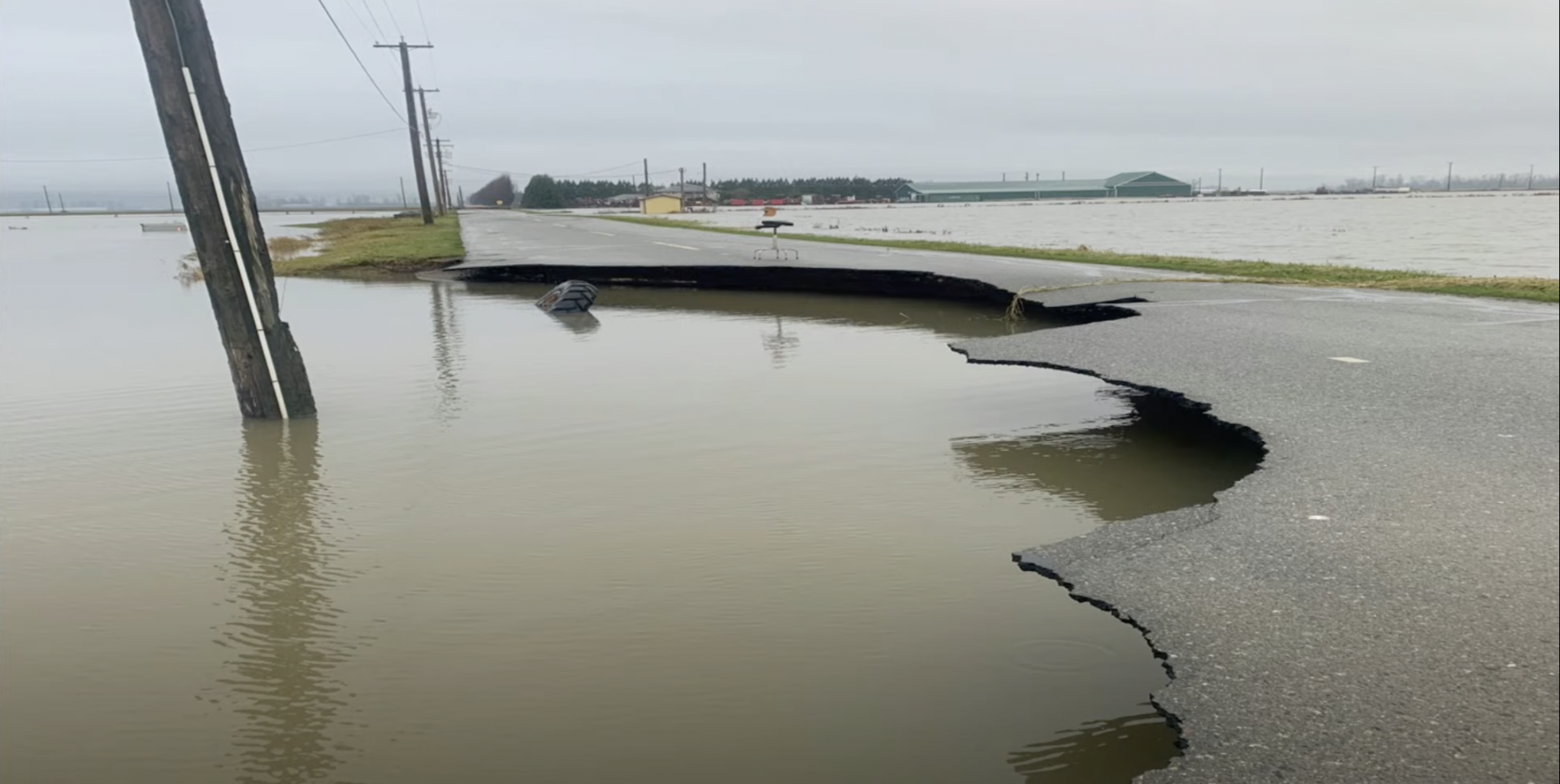 The mayor also announced that the City would be taking the second step in its Return Home plan.

The evacuation order for the central area of Sumas Prairie has been lifted, but it remains on alert.

DECEMBER 6 UPDATE: The Evacuation Order has been rescinded for Sumas Prairie CENTRAL. An evacuation alert will remain in effect in this area until further notice.

With much of the Sumas Prairie still under evacuation order or alert, the neighbourhood has emptied.

Abbotsford Police told Daily Hive that in the past week, a variety of city barriers put in place by the City to block off roads that were unsafe for vehicle traffic were moved or stolen from the Sumas Prairie area.

“I’m not sure why they were taken at this time. New barriers were immediately put up in their place once City crews observed them missing,” said Constable Paul Walker.

Abbotsford Police says they’re aware of one reported break-in incident and the file is in its early stages.

The police service has checkpoints in Sumas Prairie staffed 24 hours a day and are conducting roving patrols to provide extra protection to the area and deter thefts.

For all Abbotsford updates and more information on the Return Home Plan, you can check the city’s website, where they have a page listing important details for residents.