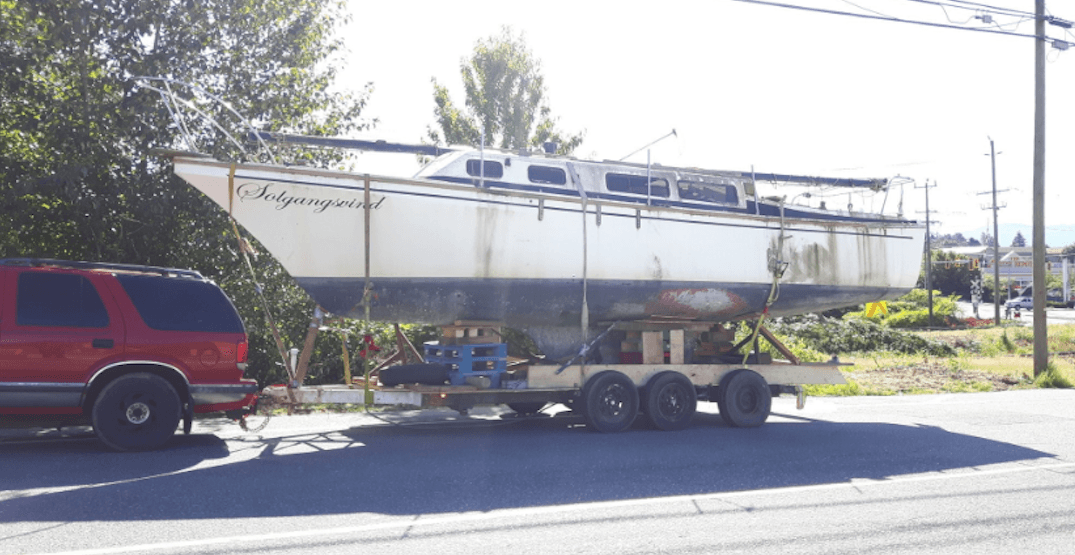 It’s a lesson in how not to tow a boat, courtesy of one driver in Abbotsford, who was caught by police over the weekend.

On Sunday, Abbotsford Police Const. Harv Mangat pulled over a driver that was, to put it simply, breaking more than a few road rules.

According to Mangat, who tweeted photos of the incident, the “boat trailer” contraption was “balanced on pallets, [with] straps held together with duct tape, no brakes, [and a] homemade third axle.” 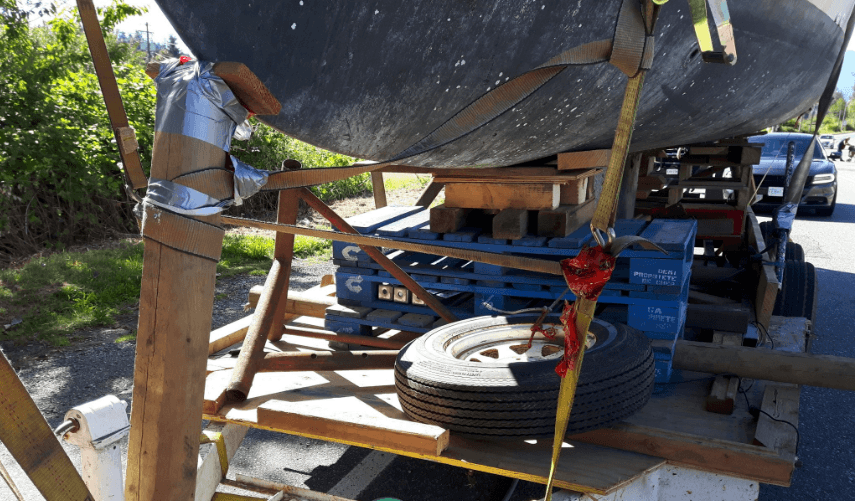 These violations, he added, were “just a few of the many things wrong.”

As a result of the incident, the driver received $2,071 in fines and the vehicle was towed. 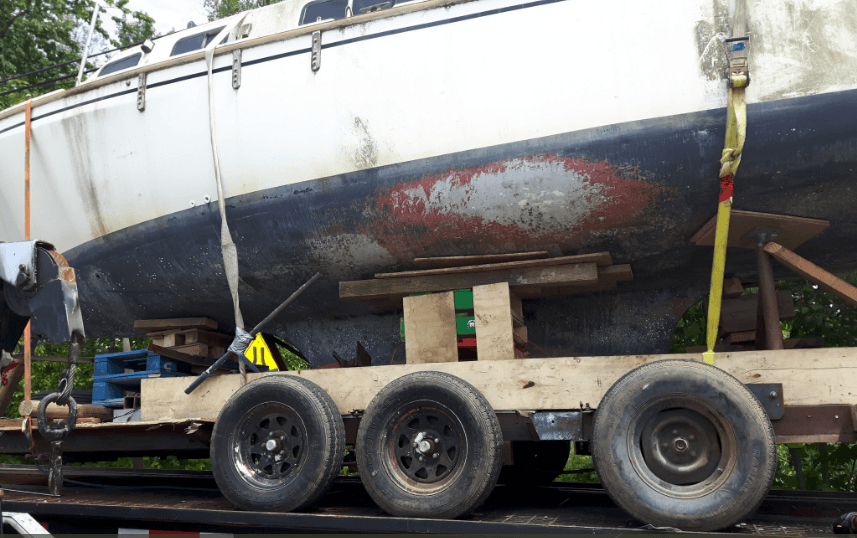 According to Magnat, the vehicle had to towed by a professional towing company because it “was too unsafe” to dismantle roadside.

“It was pulled onto a low-bed tractor-trailer then chained [and] strapped down as a single piece. Once it was secured and met all Motor Vehicle Act standards it was towed away.”

Adding to this whole incident is the fact that this is the second major road violation Magnat has seen in one week.

On June 30, Mangat stopped a driver on Gladwin Road and Downes Road in Abbotsford, on Saturday, June 30, in the afternoon.

In that incident, a man was pulled over with several trees attached to the roof of his blue sedan, all tied down via garden hose.