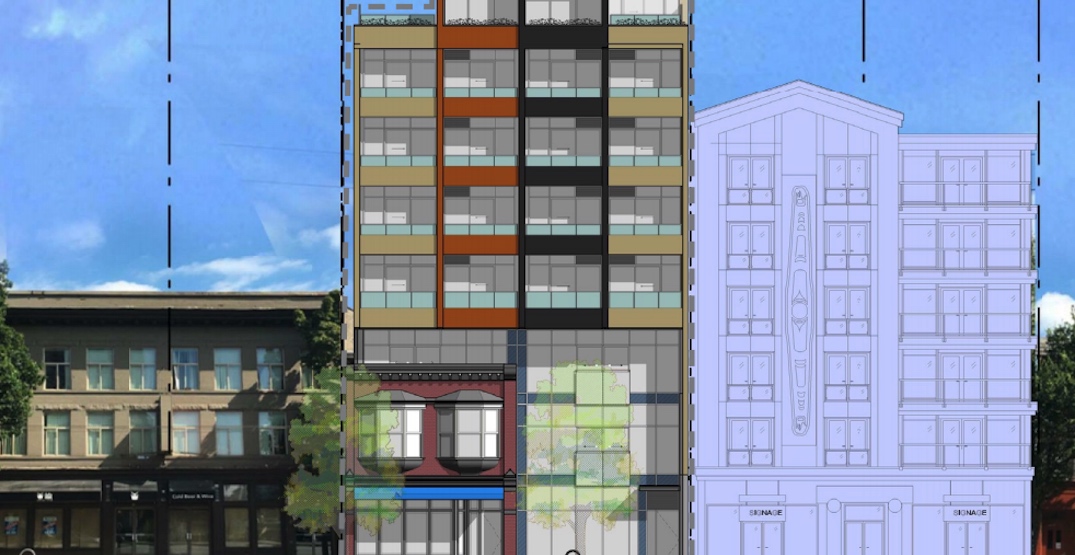 An approved private sector redevelopment for 936-938 Main Street has effectively been cancelled by BC Housing’s acquisition of the property and the American Hotel.

The provincial government announced on Monday, both the hotel at 928 Main Street and the adjacent property at 936-938 Main Street — located across from the Cobalt, just south of Prior Street — have been acquired for $17.9 million. 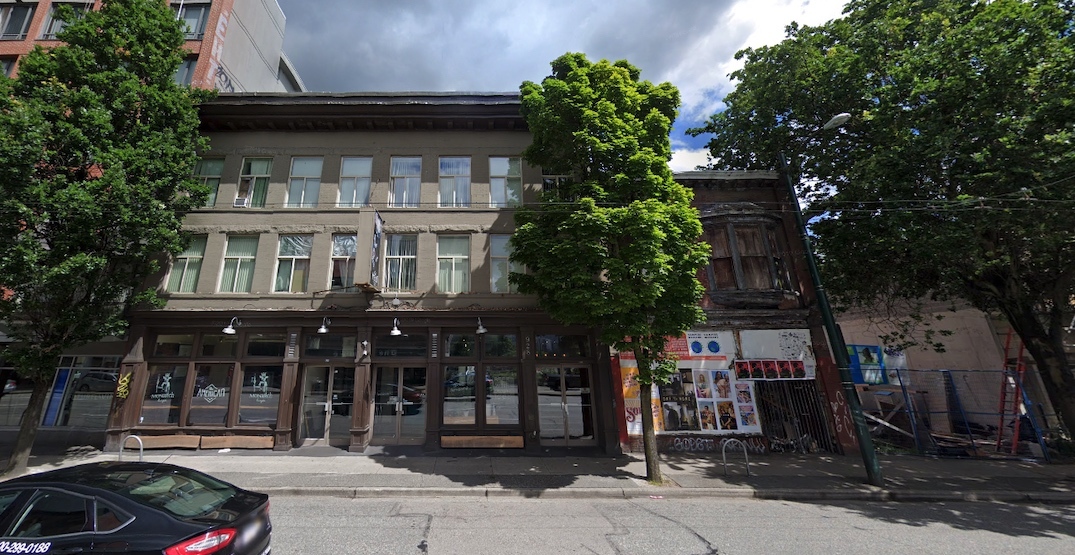 The American Hotel at 928 Main Street (left) and the vacant property with a derelict two-storey structure at 936-938 Main Street (right). (Google Maps)

The acquisition of the 1907-built hotel is part of BC Housing’s accelerated strategy of acquiring low-end hotel properties as a method to quickly find housing for the homeless amidst the ongoing health crisis.

But the decision to also purchase 936-938 Main Street — a vacant site partially occupied by a 1901-built, two-storey structure — cancels the private redevelopment that was previously approved for the 4,900-sqft lot.

In April 2018, the City of Vancouver’s Development Permit Board green lit the application for 936-938 Main Street that called for a new eight-storey building incorporating the heritage facade of the remaining structure. 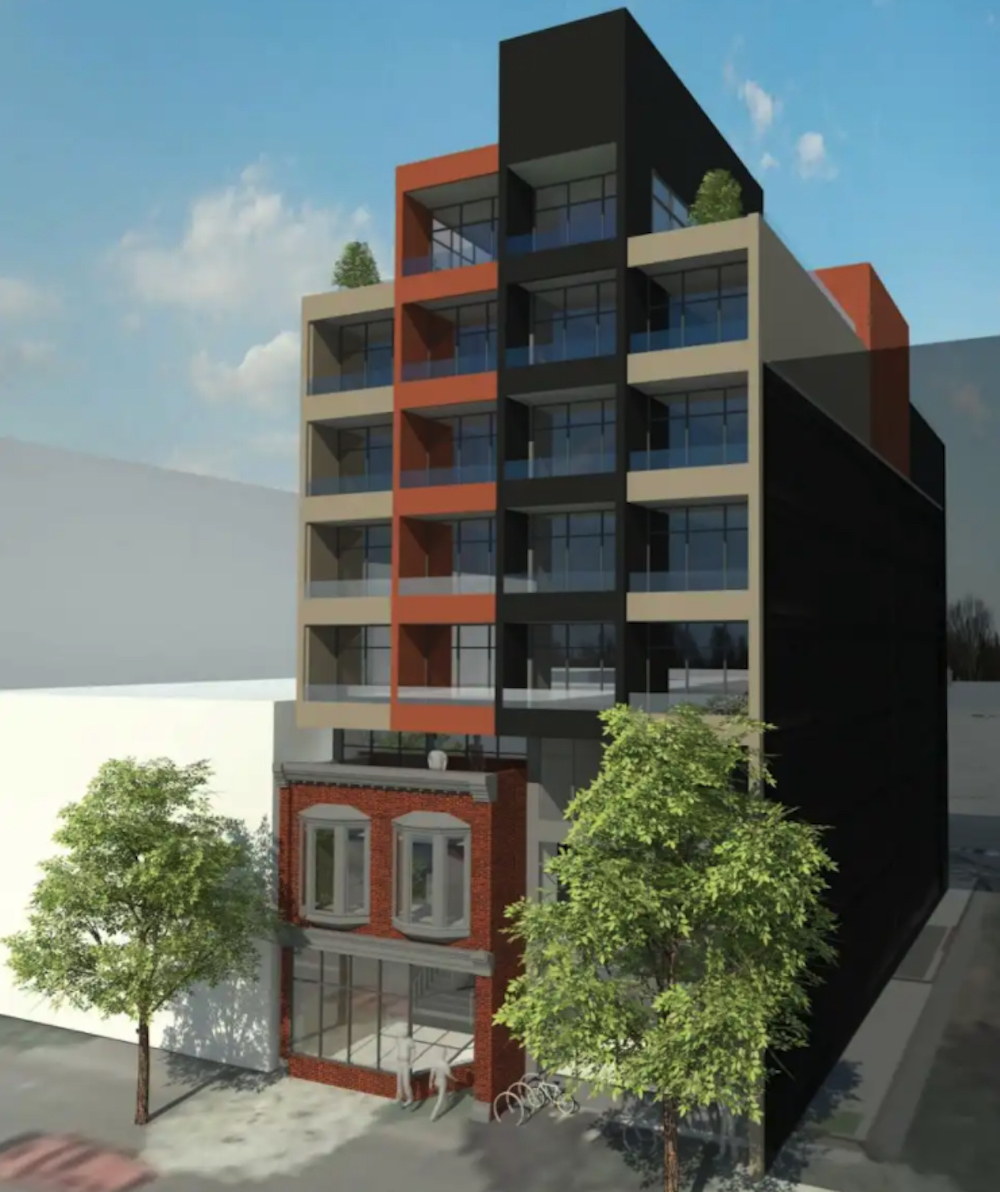 Designed by Francl Architecture, the plan called for an 854-sqft retail unit on the ground level, 4,845-sqft restaurant spread over the first and second levels, 4,585-sqft of office space spread over the second and third levels, and 25 secured market rental homes within the upper levels. This new development would be supported by two underground levels with 12 vehicle parking stalls accessed from Station Street.

But the redevelopment appears to have stalled, as the property and the approved development permit were listed on Colliers International for $6.8 million. 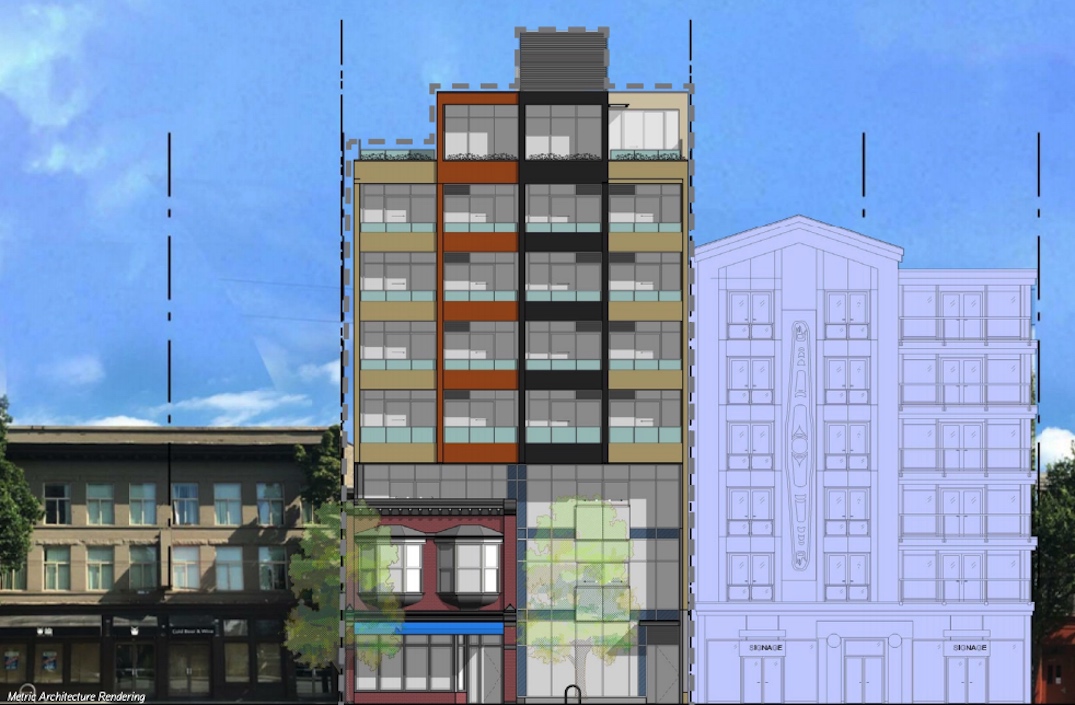 In an email to Daily Hive Urbanized, BC Housing confirmed the development permit is considered part of the intellectual property transferred over to the provincial crown agency.

There are now new long-term plans to redevelop both the American Hotel and the development site parcel into additional rental housing.

“BC Housing will engage with the community on how these sites can be used to build a mix of homes for people in Vancouver and will go through the municipal rezoning process,” reads the email. 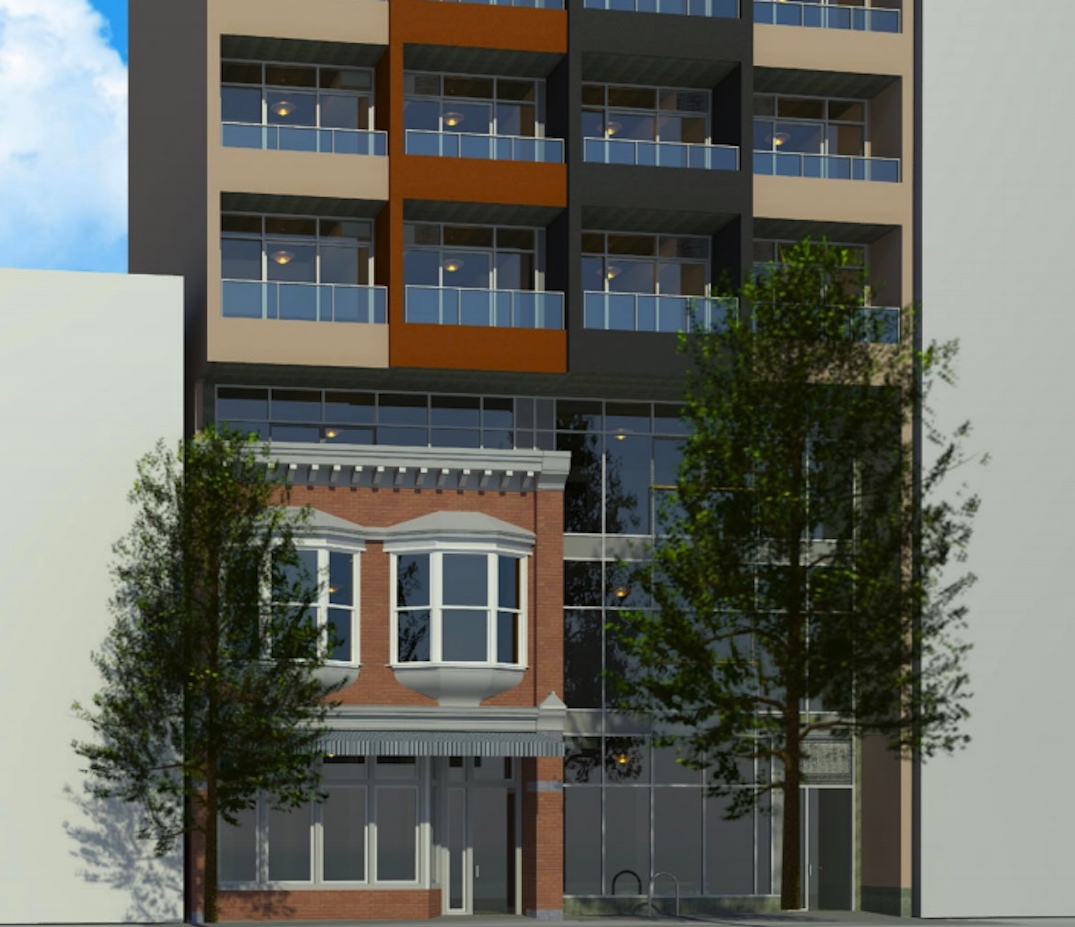 In the meantime, BC Housing will manage the 42-unit American Hotel as a social housing building, providing residents with supports, such as daily living skills training, including budgeting, nutrition management, meal preparation, medication management, house cleaning, and other skills.

A number of single-resident occupancy housing buildings are located in the immediate area. More recently, just one block north, a modular housing complex for the homeless was completed at the southwest corner of the intersection of Gore Avenue and Union Street. 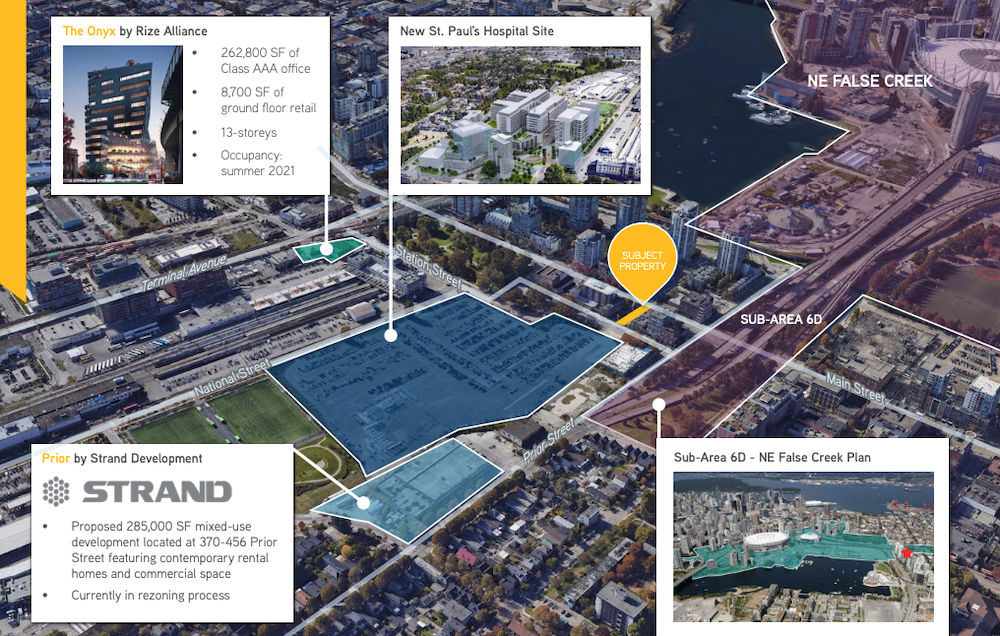 The area is expected to see immense change this decade; the acquired properties are located immediately west from the 18-acre lot that will become the new St. Paul’s Hospital and Health Campus, which includes not only the major hospital but also 600,000 sqft of medical office and research space, a 140,000-sqft hotel, and 45,000 sqft of retail and restaurants.

There are also other office development plans for the area, and the municipal government intends on demolishing the Georgia and Dunsmuir viaducts for a wide range of commercial space and housing uses. The entire area is within the public transit catchment area of SkyTrain’s Main Street-Science World Station and the major trolley bus routes that serve this span of Main Street. 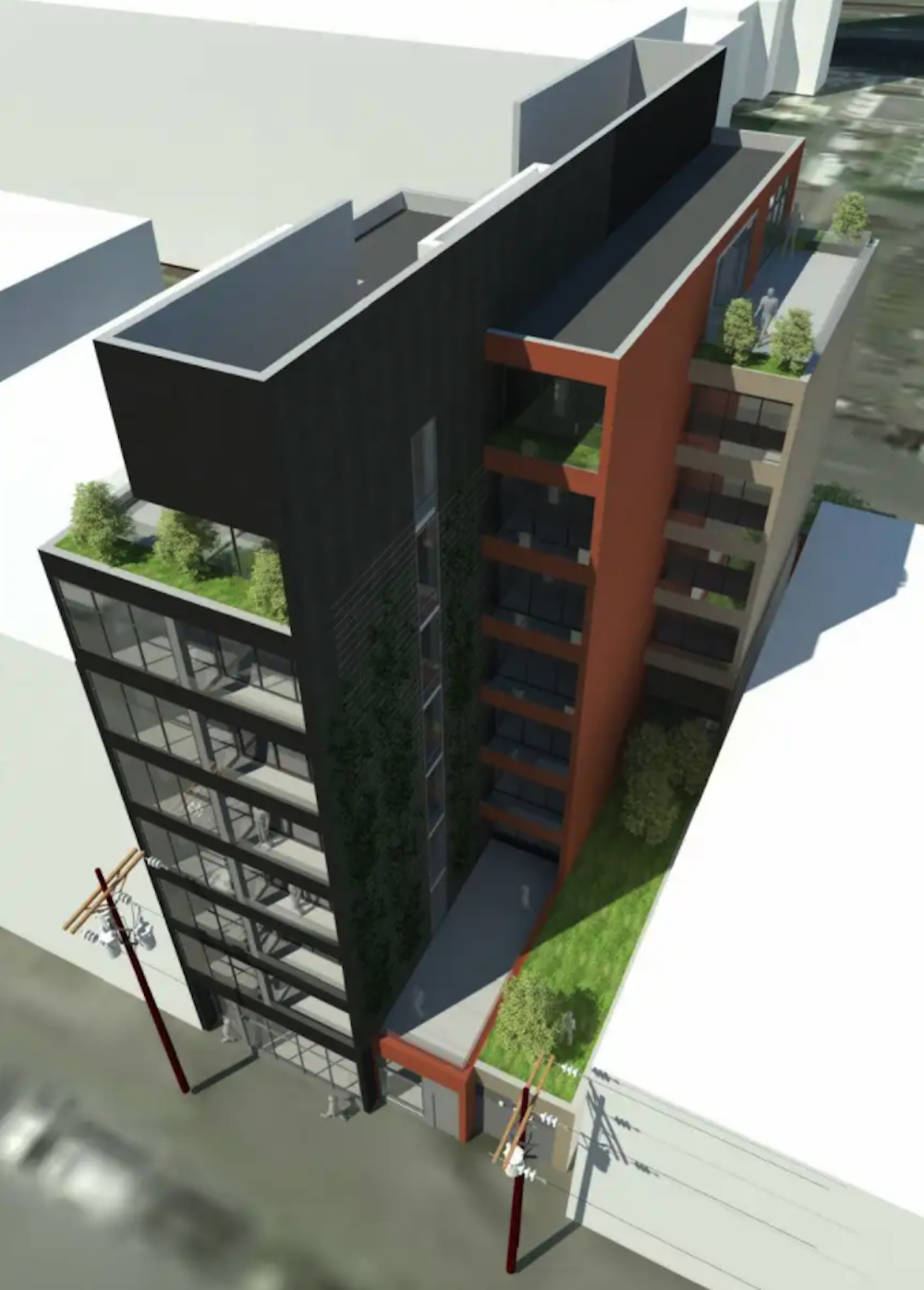