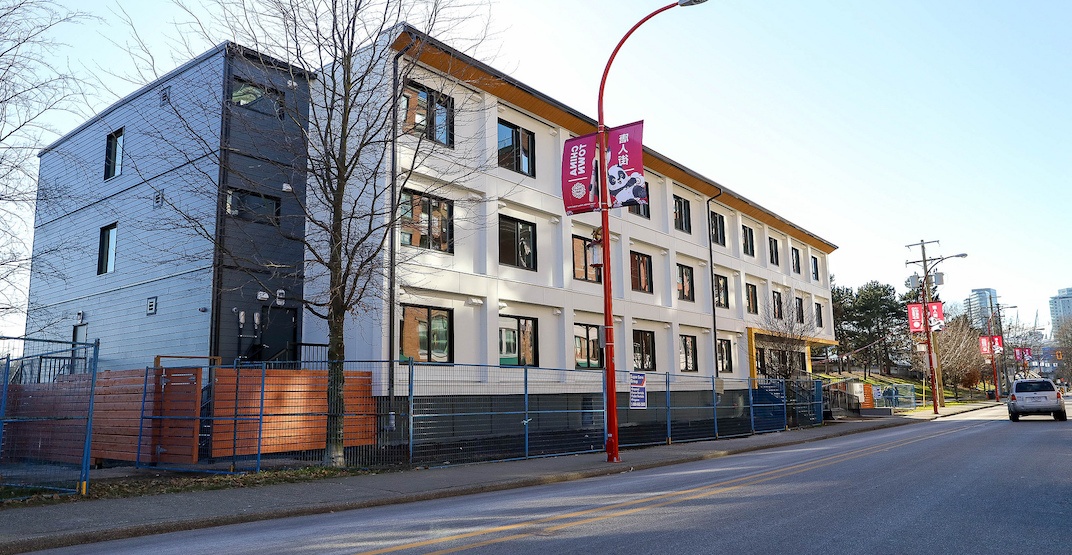 In the span of just 17 months, a total of 600 temporary modular homes for the homeless have been built within the city of Vancouver.

The project that capped the provincial government’s modular housing goal in the city was the opening over the weekend of Nora Hendrix Place — a 52-unit modular complex on a green space at 258 Union Street, located at the eastern end of the Georgia and Dunsmuir viaducts and just south of Chinatown’s border.

A total of nine modular housing complexes funded by the provincial government, with the City of Vancouver arranging or providing the land required, have been built since the fall of 2017, when the program was first announced. It cost $8.8 million to build this final temporary building.

The modular structures can be dismantled and reassembled on another site when construction on permanent redevelopments begin. Such structures can be built in just a few weeks, and with a budget that is just a small fraction of the cost of a conventional structure.

All of the modular housing complexes in Vancouver have been built by Horizon North, which was initially selected for its experience with building similar structures for Alberta’s energy sector workers.

Each modular home is about 320 sq. ft. in size and includes a bathroom and kitchen. The buildings are managed around-the-clock by a not-for-profit housing society, and residents are provided with various health and wellness support services, life employment skills training, and volunteer opportunities.

The final project located next to Chinatown is named after a prominent member of Vancouver’s Black community and acknowledges the building’s location in what was Hogan’s Alley, a former Black neighbourhood.

The 600 modular homes built in Vancouver are a part of the provincial government’s $291-million plan to build 2,000 modular homes around the province. A further $170 million has been budgeted to provide 24/7 staffing and support services for these modular complexes over three years.

Progress on building the modular homes in jurisdictions outside of Vancouver has been far slower. As of February, only about 200 units elsewhere in the province have been built to date and a further 1,200 are in various stages of planning.

In the provincial government’s recent budget, additional funding for 200 more modular units were announced to increase the total to 2,200 modular units, but the exact location of these extra units has not been made public.

Nora Hendrix Place sits on a parcel of land that is a part of the Northeast False Creek Plan. This particular site will eventually be redeveloped into a new Hogan’s Alley with mixed-uses of housing — including 300 units of social housing — and restaurants and retail centred around a new laneway. 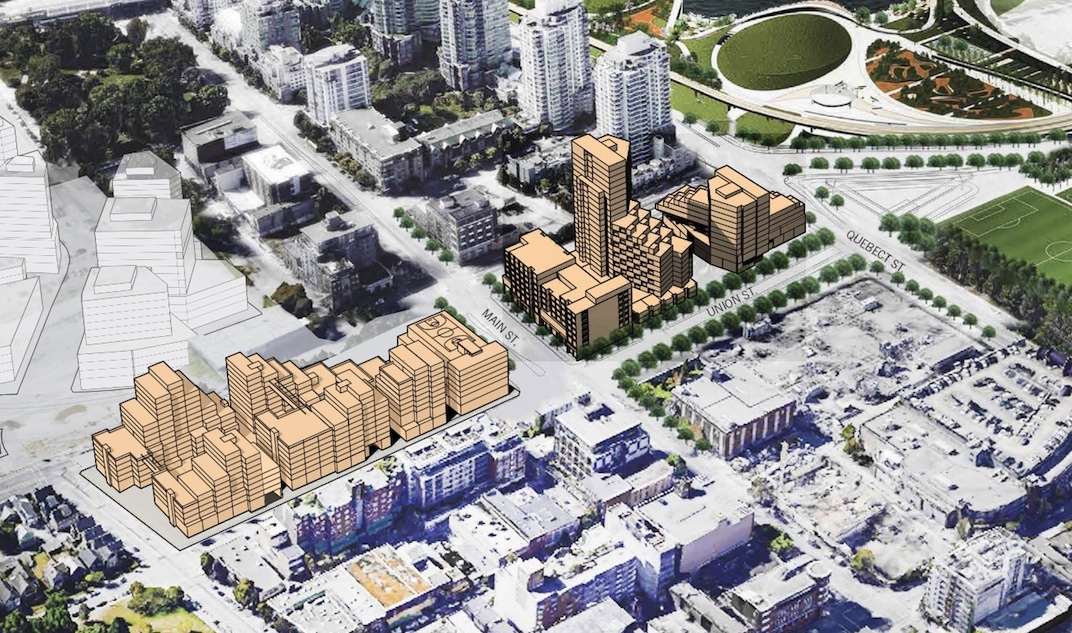