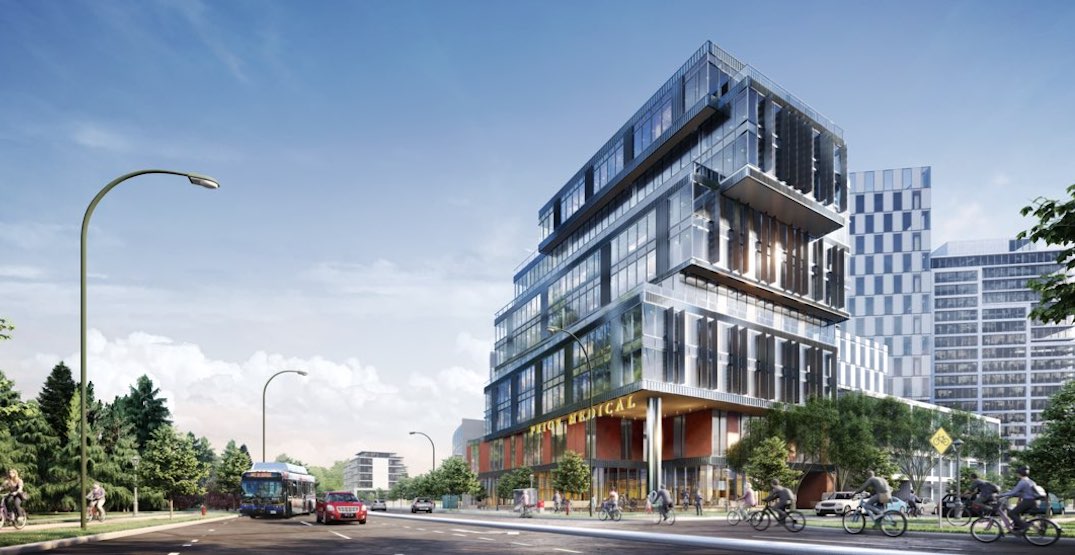 A new medical office tower is proposed for the False Creek Flats, in an area just outside of the formal footprint of Providence Healthcare’s site for the new St. Paul’s Hospital and Health Campus.

Keltic Development has listed 220 Prior Street — located at the southeast corner of the existing intersection of Prior Street and Station Street — as one of its properties for future development.

The site is currently occupied by a 1945-built warehouse that was the home of European Specialty’s Importer Ltd. between 1957 and 2017. In 2019, the developer acquired the property for its development potential in a deal worth $25 million.

While the health campus master plan calls for 600,000-sq-ft of medical and research office space within towers adjacent to the main hospital building, this development is not part of Providence Healthcare’s total.

But given its location bordering the campus, Keltic Development is strategically designing its office tower in mind for these same businesses and organizations. 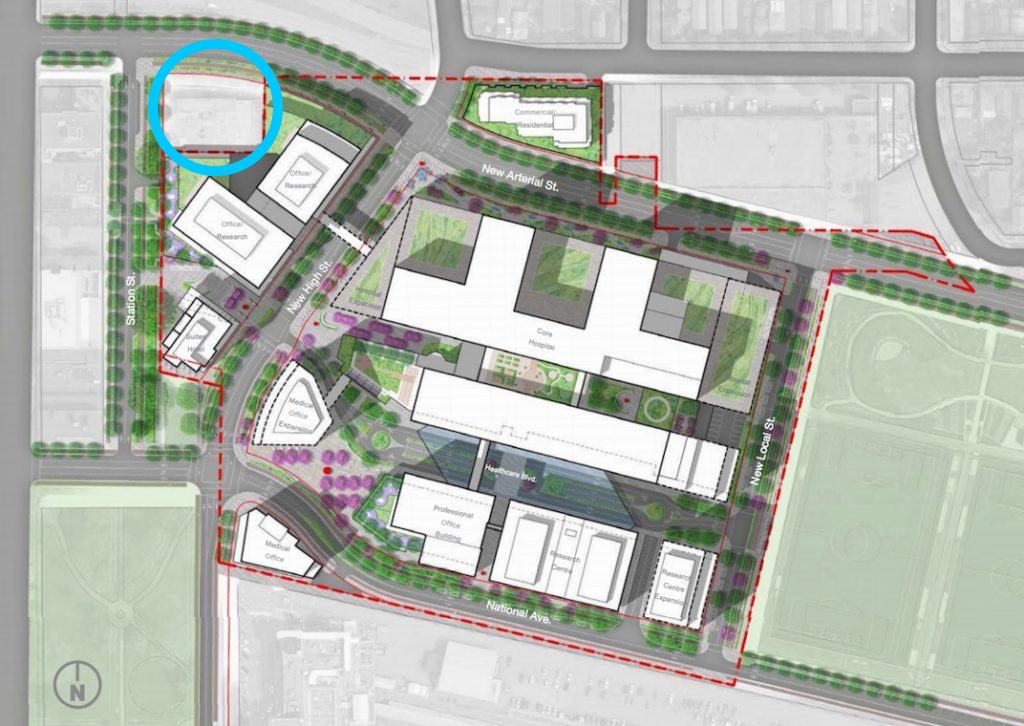 Providence Healthcare has not indicated a precise timeline for its new office towers, but they are aiming to begin construction on the $1.9-billion first phase of the new hospital building in late 2020 for a possible opening in 2026. The office development components, separate from the hospital building, are expected to follow sometime after.

As for Keltic Development’s plan, an artistic rendering for the so-called Prior Medical Office shows a 10-storey strata commercial building, with light industrial space in the lower levels, and office space within the upper levels. Tenants will have access to building amenities.

Current zoning for the 19,400-sq-ft lot allows a building with a height of up to 150 ft and a total floor area of approximately 102,000 sq. ft., creating a floor space ratio density of about five times the size of the lot. 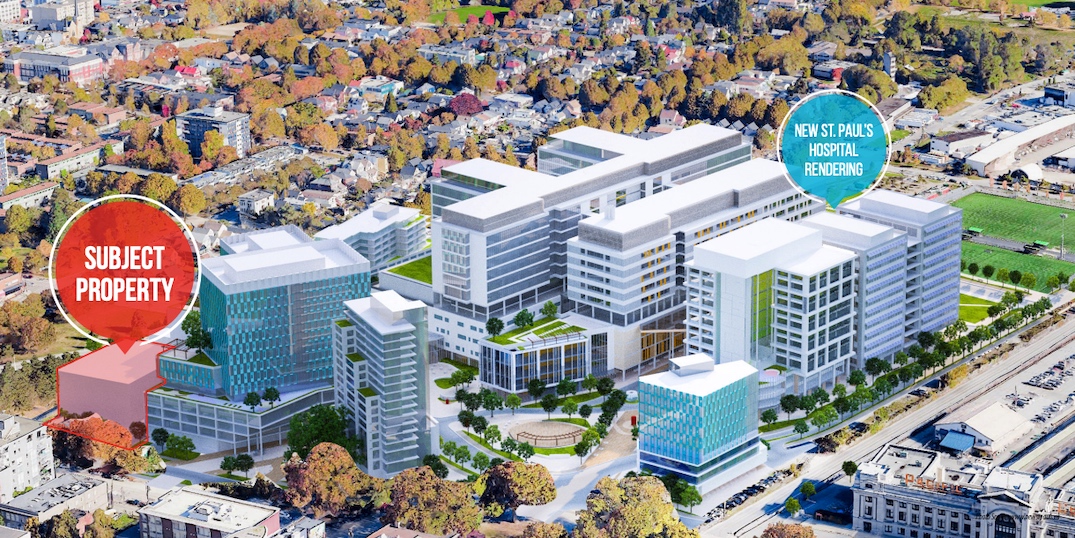 Artistic rendering of the new St. Paul’s Hospital and Health Campus, with the location of 220 Prior Street highlighted. (Avison Young / Providence Healthcare) 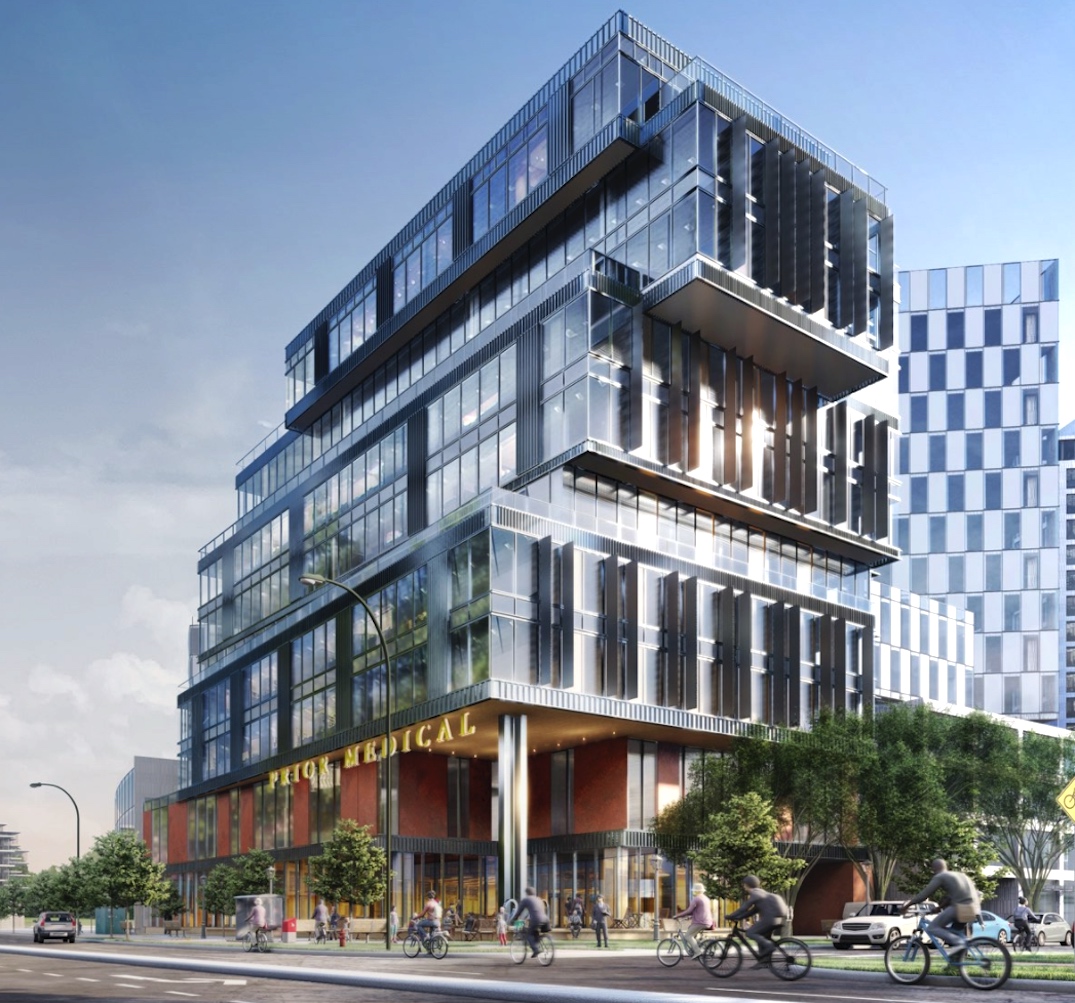 The architectural firm for the project is not known, and a formal application has not been submitted to the city at this time. However, the developer is aiming to commence strata sales beginning in early 2021.

To the north of the property, the municipal government has plans to convert Prior Street into an extension of Pacific Boulevard, replacing the Dunsmuir and Georgia viaducts. Both the health campus and proposed office tower sites are immediately south of Chinatown and the future Hogan’s Alley redevelopment, which is part of the city’s Northeast False Creek Plan.

All of these developments are within a short walking distance from SkyTrain’s Main Street-Science World Station. 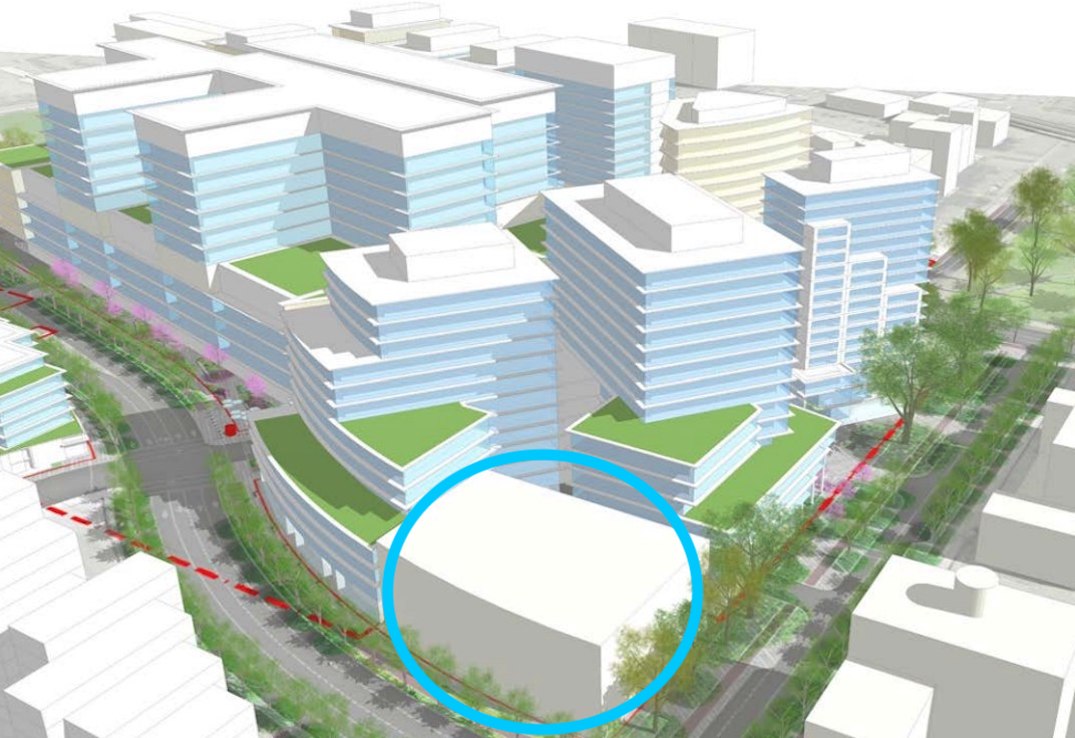