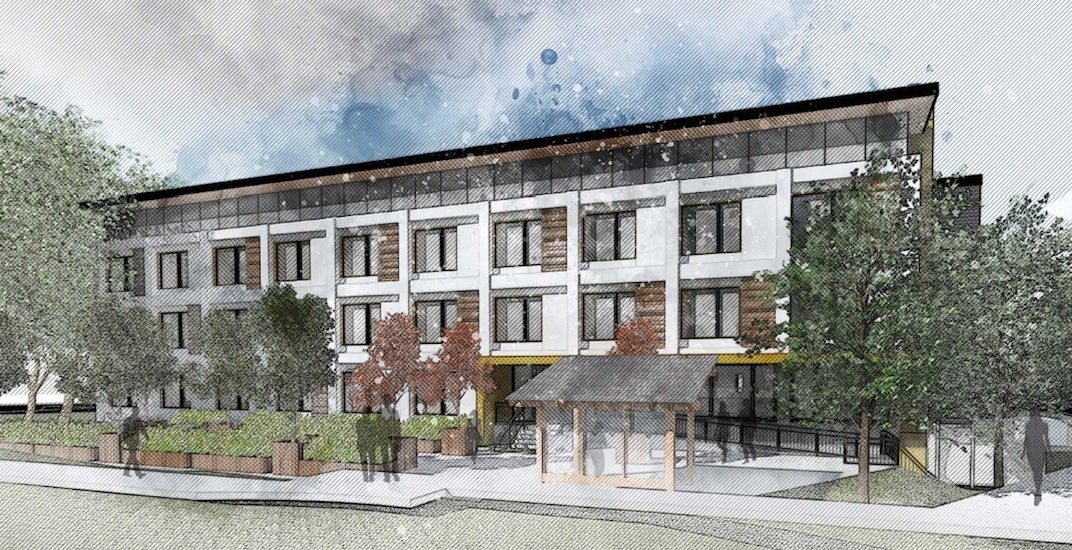 A large pay parking lot immediately adjacent to the Canada Line’s Olympic Village Station is set to become another temporary modular housing building for the homeless.

The City of Vancouver is proposing to build a three-storey building containing about 50 single-occupancy units at 595-599 West 2nd Avenue – a property owned by the municipal government.

Each unit will have a floor area of about 320 square feet. Like other modular housing structures built or planned by the City, all units will consist of private bathrooms and kitchens and residents will share amenity spaces.

The project is subject to a development application, and if approved it will remain at the location for a period of up to five years, with the possibility to extend for another five years.

The development site is on a parking lot located at the northeast corner of the intersection of Ash Street and West 6th Avenue, immediately west of Olympic Village Station. (Google Maps Streetview)

Modular housing structures are being pursued as they can be built much quicker and at a small fraction of a conventional, permanent structure. These structures can also be dismantled and relocated to another site, when the sites they sit on are ready for permanent development.

The project is funded by the provincial government’s $66 million budget to build 600 modular housing units in the city. Five modular housing sites within Vancouver have now been announced, and 260 units of modular housing are currently in the development process.