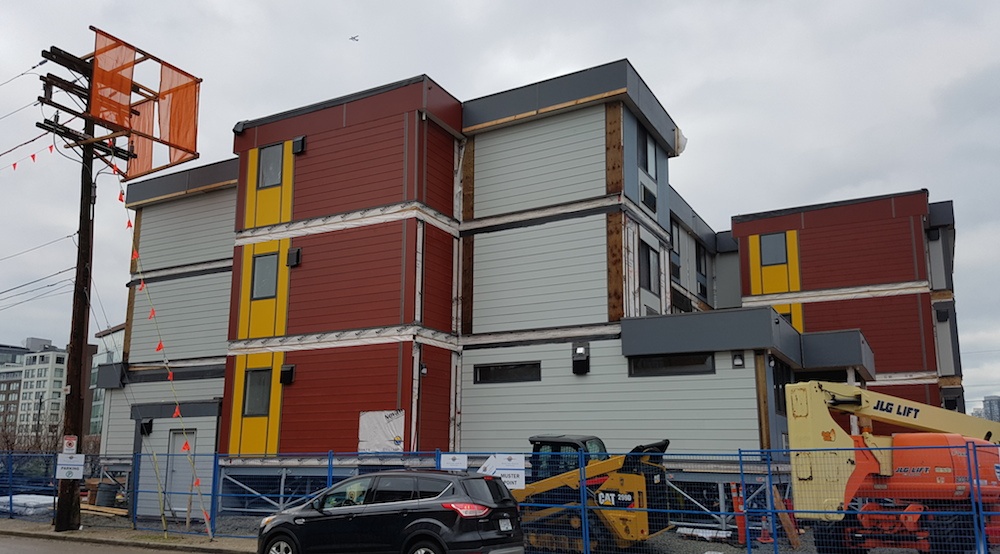 Two additional sites for temporary modular housing have been identified by the City of Vancouver as part of a joint immediate strategy by the provincial and municipal governments to build 600 modular housing units for the local homeless population.

The City says it is considering developing the vacant sites at 501 Powell Street, the current site of a community farm and weekly market next to Oppenheimer Park in the Downtown Eastside, and 1115-1141 Franklin Street into modular housing developments.

A development permit application will be submitted for the site at 501 Powell Street over the coming weeks, and City staff will look at ways to have the market continue to operate in the area.

Further east, the Franklin Street site is currently designated as industrial, which necessitates the City to seek a temporary change from industrial to general urban in the site’s permissible land use in the Regional Context Statement Official Development Plan. This change is subject to a public hearing, which will be considered by City Council next week.

Both identified sites for specific modular housing projects, if approved, would be a part of the plan funded by the provincial government to help address homelessness by building 600 modular housing units at a cost of $66 million.

Another modular housing project announced last month for the Marpole neighbourhood at West 57th Avenue near Cambie Street on the future Pearson Dogwood redevelopment site calls for 78 new temporary homes within two three-storey modular housing buildings. However, the temporary project has been met with neighbourhood opposition, resulting in protests in both Marpole and outside City Hall, over concerns of the close proximity to three nearby schools.

Temporary modular housing is being pursued as one of the interim steps to address homelessness as such developments cost just a small fraction of a permanent structure built using conventional methods. These structures can also be built quickly, within several weeks, to increase social housing supply almost immediately.

And when the site is ready for a permanent development, the modular housing structure can be disassembled and reassembled at another site. The City is pursuing vacant sites both publicly and privately owned for the temporary structures.

Vancouver’s first temporary modular housing development was completed early this year at the corner of Main Street and Terminal Avenue.