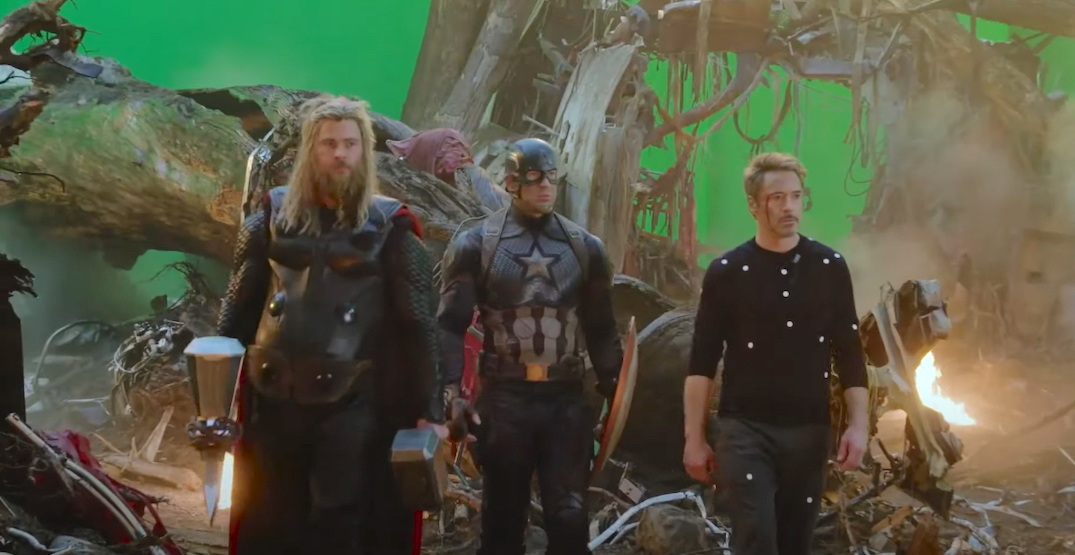 A major economic development opportunity has been opened up for a municipal government-owned site in South Burnaby.

The City of Burnaby is seeking offers to lease or purchase an undeveloped 17.1-acre site at 3990 Marine Way — the southwest corner of the intersection of Glenlyon Parkway and Marine Way, just east of Riverway Golf Course.

The site is zoned for light industrial development, located within the Big Bend precinct, where there is a large cluster of business parks and high-tech businesses.

BC Assessment has provided the property with an assessed value of $60.068 million.

Interested parties can submit a package for both options until the closing date of April 2, 2021 at 4 pm. 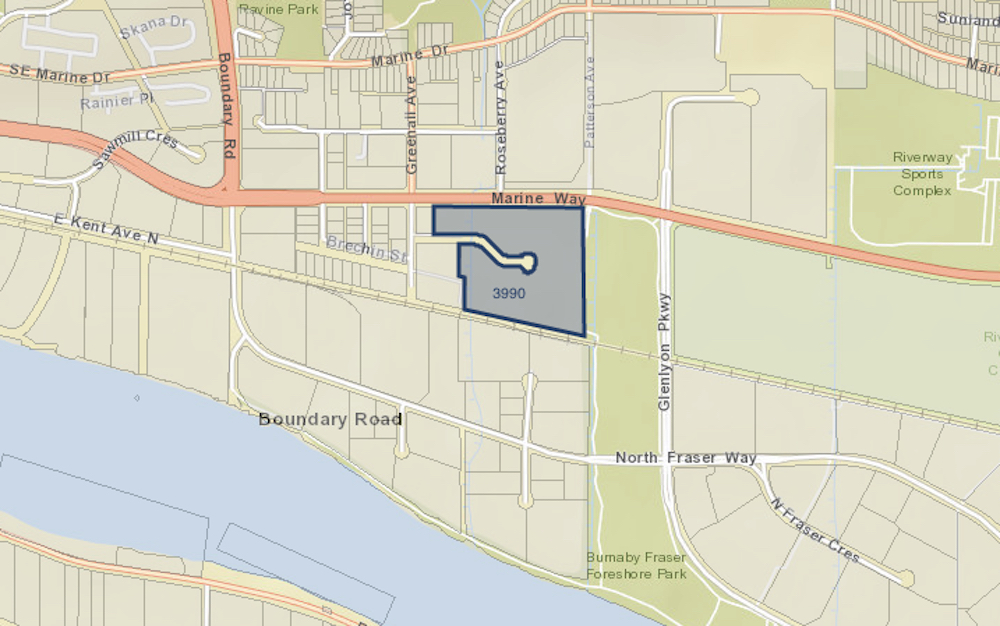 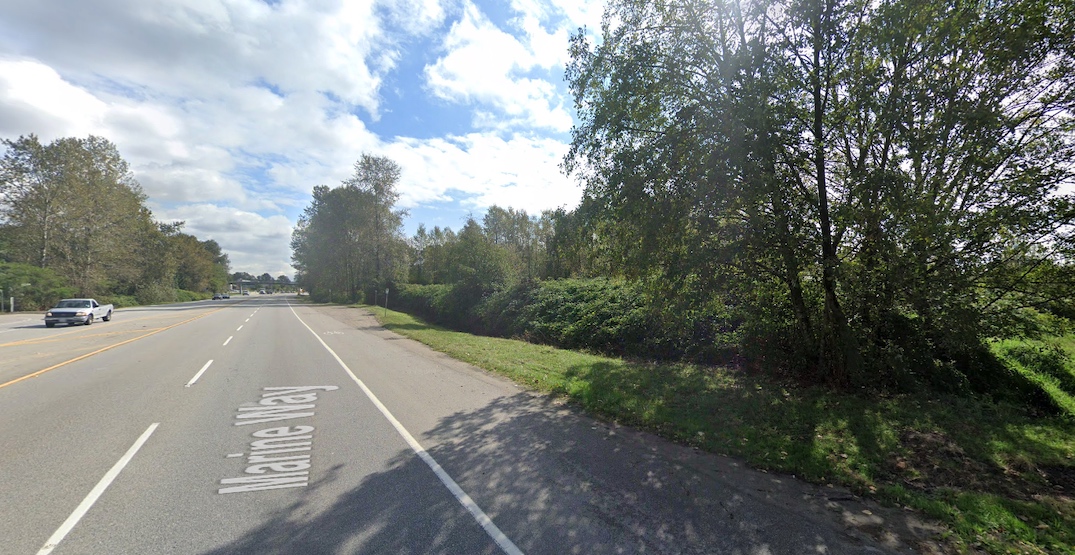 A bulletin by the municipal government has made specific note that it will “prioritize job-generating offers from proponents with experience in developing offices, and new media and film production studios in Metro Vancouver.”

In a statement, Mayor Mike Hurley calls this “a rare and exciting opportunity to develop a parcel with so much potential. It’s a fantastic location and we’re looking for proponents who want to create jobs in our community, and create a home for businesses that want to put down roots in Burnaby.”

In an August 2019 letter to the city, KCD CEO Jake McEwan wrote his firm is keenly interested in developing a purpose-built “world-class film studio” on the site in order to bring larger scale film productions to the region. 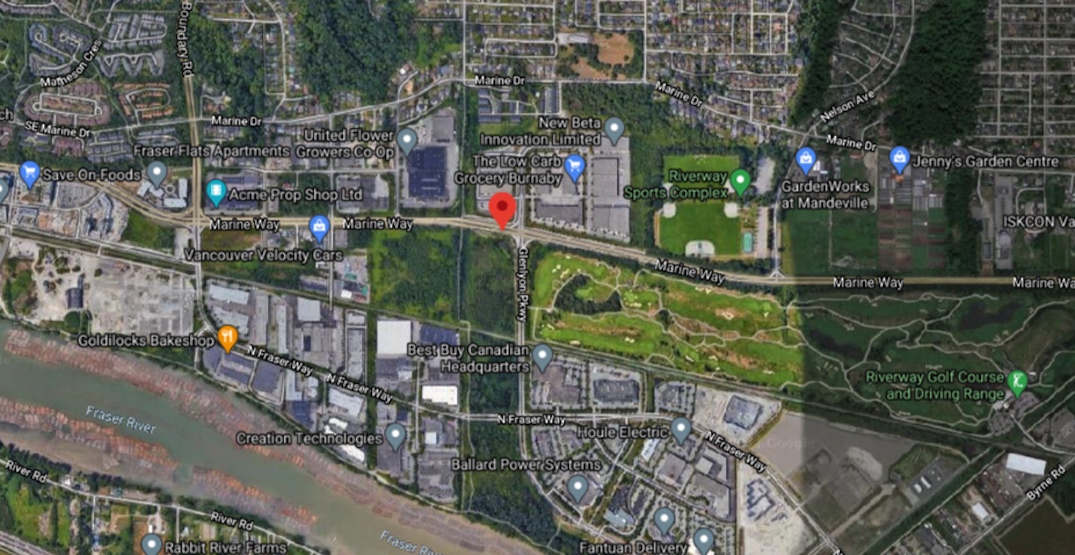 Such productions require larger and taller sound stages, so their aim is to build sound stages up to 50,000 sq. ft. in size, with a height of 50 ft to 60 ft. The largest production facilities in the region are currently far smaller.

Achieving sound stages of this size would make the production hub comparable to the sound stages of Atlanta’s Trilith Studios, formerly known as Pinewood Atlanta Studios, which has fulfilled the complex and large-scale requirements of many productions for the Marvel Cinematic Universe.

There is immense demand from American companies to send their major productions to Metro Vancouver, but a shortage of suitable and larger film and television production space, ideally facilities that are purpose-built, stands in the way of growing this local industry to its full potential.

The region’s more recently opened facilities are primarily conversions of industrial buildings, such as warehouses.

“This will make them unique and able to accommodate major film productions, currently unable to come to Metro Vancouver due to the lack of size and height of current studios,” wrote McEwan.

He noted that his firm has been working with city officials since 2016 on their proposal, and they have introduced some of these major film companies to city staff and city council.

The plan is to “attract a major streaming service, like Apple, Amazon, Netflix, or a major studio to partner on all or a portion of the studios, either directly or through a long-term lease model.”

The facility will also have on-site office space directly associated with the studios, “thereby attracting a whole new level of film production to Metro Vancouver and growing the film industry in Burnaby.”

McEwan continued: “A lease model allows Burnaby to retain long-term ownership of the lands, spur job creation and innovation, generate billions of dollars of direct and indirect investment, and create a sustainable economic development. It is truly a win-win solution.” 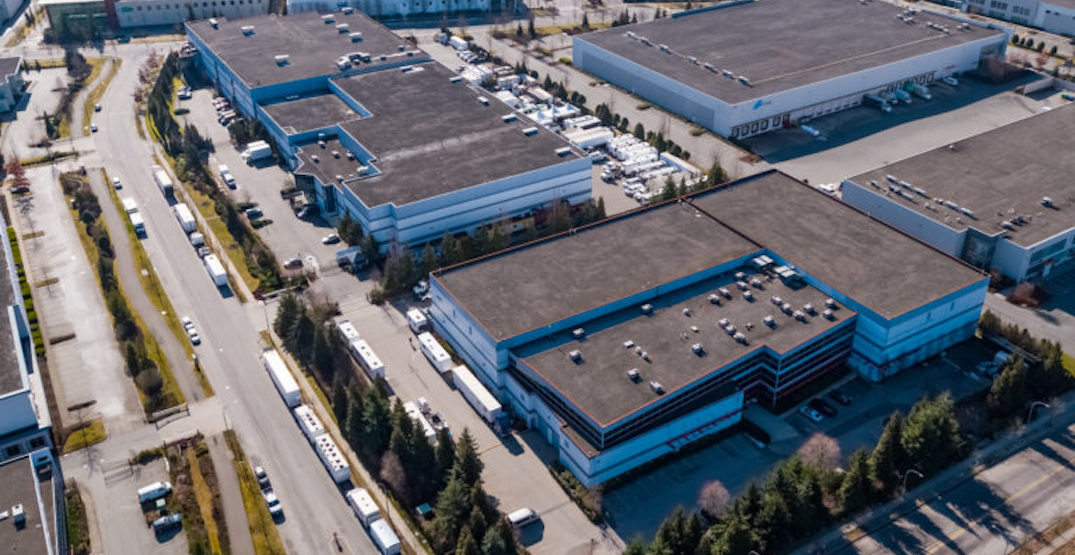 The Big Bend precinct is already home to Canada Motion Picture Park. In September 2020, the facility entered a long-term lease agreement to provide Netflix with about 178,000 sq. ft. of production facilities, including seven sound stages of varying sizes and office and support spaces.

Bridge Studios is planning a facility for the 19-acre site at 3131 Lake City Way, next to SkyTrain’s Lake City Way Station, currently occupied by a large warehouse building.

A smaller facility is also planned for 7705 Griffiths Drive — a five-acre property located just north of SkyTrain’s Edmonds operations and maintenance centre. The existing Maple Leaf Self Storage structures on the site will be demolished for a new purpose-built facility.

Both new Bridge Studios facilities are currently in their design phases. They will add to their existing facility at 2400 Boundary Road just west of the Brentwood area. This existing facility on 15 acres includes 12 sound stages totalling 180,000 sq. ft. of total floor area, ranging in 8,500 sq. ft. to 18,000 sq. ft. in size and ceiling heights of between 18 ft and 50 ft. 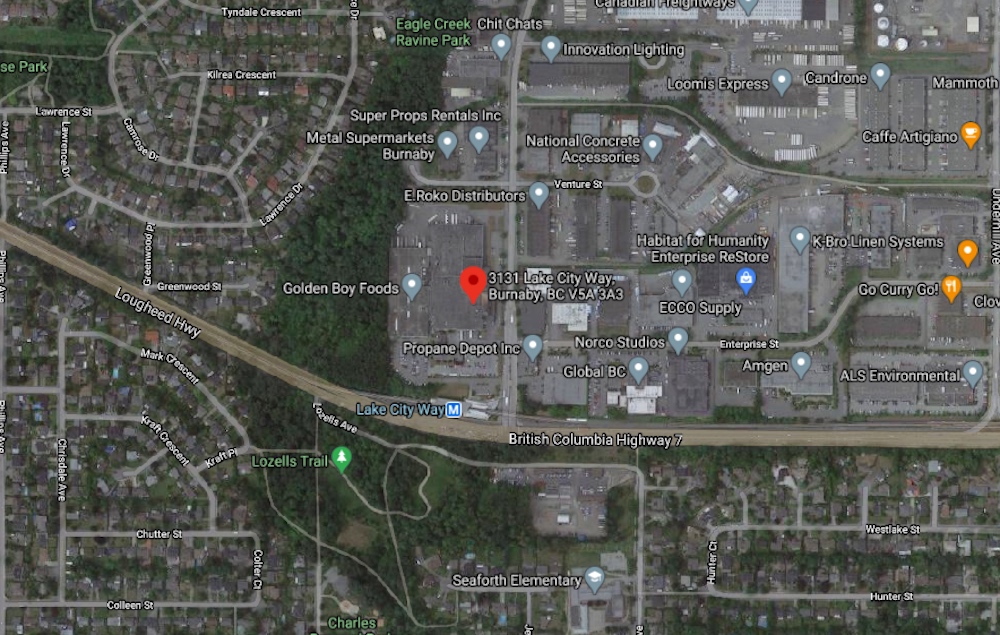 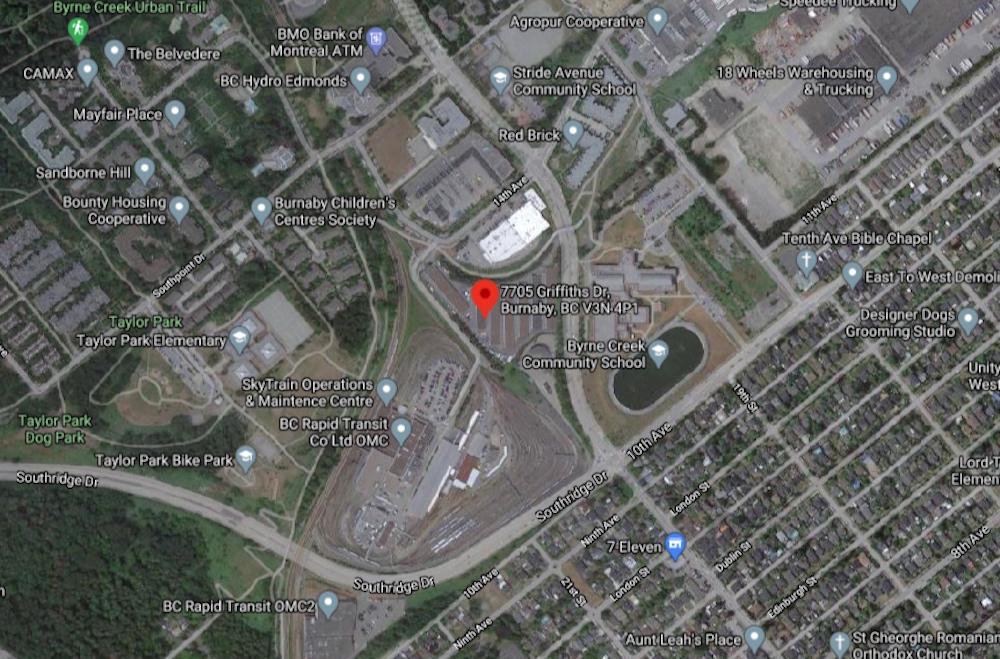 In September 2019, Martini Film Studios (MFS) announced its expansion plans to build Canada’s largest film production studio on 25 acres of 216 Business Park near the 216th Street interchange on Highway 1 in Langley. It will have 600,000 sq. ft. of sound stages, offices, and production support buildings, with at least half of this floor area used as sound stages.