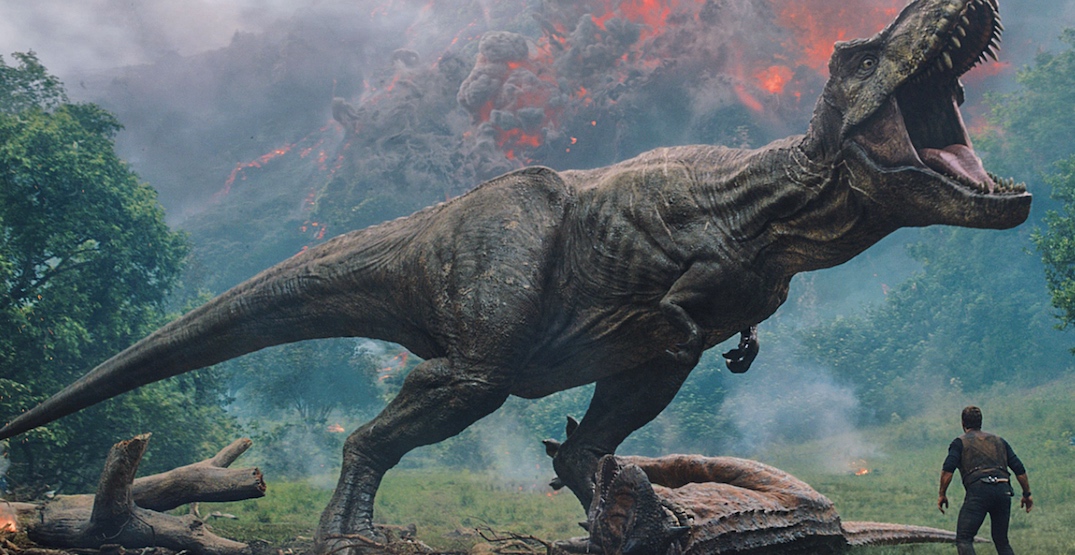 There is no question that Metro Vancouver continues to be the third largest hub for film and television production in North America, behind Los Angeles and New York City, even during COVID-19.

In fact, according to a release by the Vancouver Economic Commission (VEC) today, the industry is currently busier than ever with over 60 projects now in some stage of production — up from the 41 productions that were suspended at the onset of the pandemic in March.

The VEC attributes the industry’s strong rebound to BC’s relatively low COVID-19 case count and the cooperation of provincial health authorities, which has encouraged studios to send their productions north.

The local film and television production industry is one of the few sectors of the BC economy that is in full swing, and it has been able to weather the effects of the pandemic better than many other global film hubs.

“The film industry is one of the big BC industries that has successfully restarted, re-employing tens of thousands of people,” said David Shepheard, the director of Creative Industries and Vancouver Film Commission of the VEC, in a statement, adding that this does not include the thousands of employees with visual effects and animation companies who transitioned to a work-from-home model early in the pandemic.

VEC adds the current level of production activity builds on the industry’s strong foundation and infrastructure in the province, and its record-breaking year in 2019, when the industry spent $4.1 billion in BC. This includes $3.1 billion from physical production, and the remainder from post-production and animation largely within Vancouver. 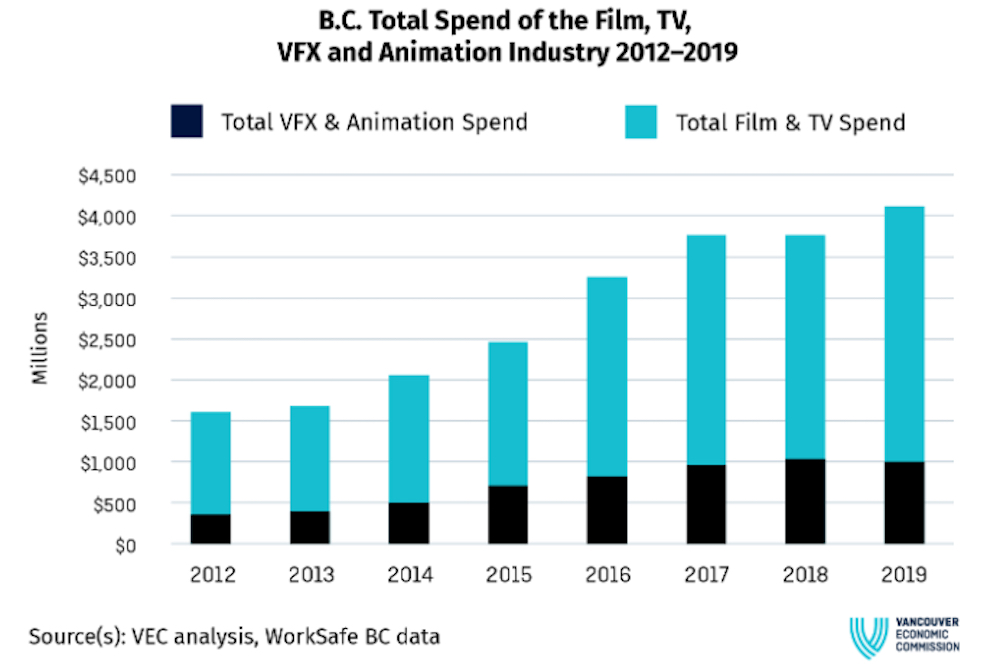 The compilation of data tracks the exponential growth of the industry over much of the past decade, with spending in BC more than tripled from $1.6 billion in 2012.

Over the past eight years, the industry has invested $22.7 billion into the BC economy, with $12.5 billion of this as wages paid to BC residents. It is estimated the industry supports over 70,000 jobs across the province.

“BC’s 21st century film and television industry is a multibillion-dollar driver of the provincial economy, with Vancouver as a vital production hub in the North American mix,” said Peter Leitch, chair of the Motion Picture Production Industry Association of BC.