"Call of the Wild"s inclusion of the BC logo. (20th Century Studios)

It is now a whole lot easier to spot films and television shows made in British Columbia, specifically productions that benefit from the provincial government’s tax credits — including Hollywood blockbusters.

Previously, these productions only included a written acknowledgement in the on-screen credits: “With the participation of the Province of British Columbia Production Services Tax Credit.”

But now, the Creative BC logo, which includes the Government of British Columbia’s logo, has been added as the new standard.

All productions are being asked to include both the text acknowledgement and the logo acknowledgement. It is not absolutely mandatory, as this request is aligned with the on-screen credit policies of other major North American film and television production hubs.

“There is no legislative requirement to include an acknowledgment/end credit, but a textual or logo credit is requested and the request for a logo credit was recently added, but is not mandatory,” a spokesperson with Creative BC told Daily Hive in an email.

This applies to tax credit-benefiting productions that have done physical work in the province, as well as animation and digital effects. 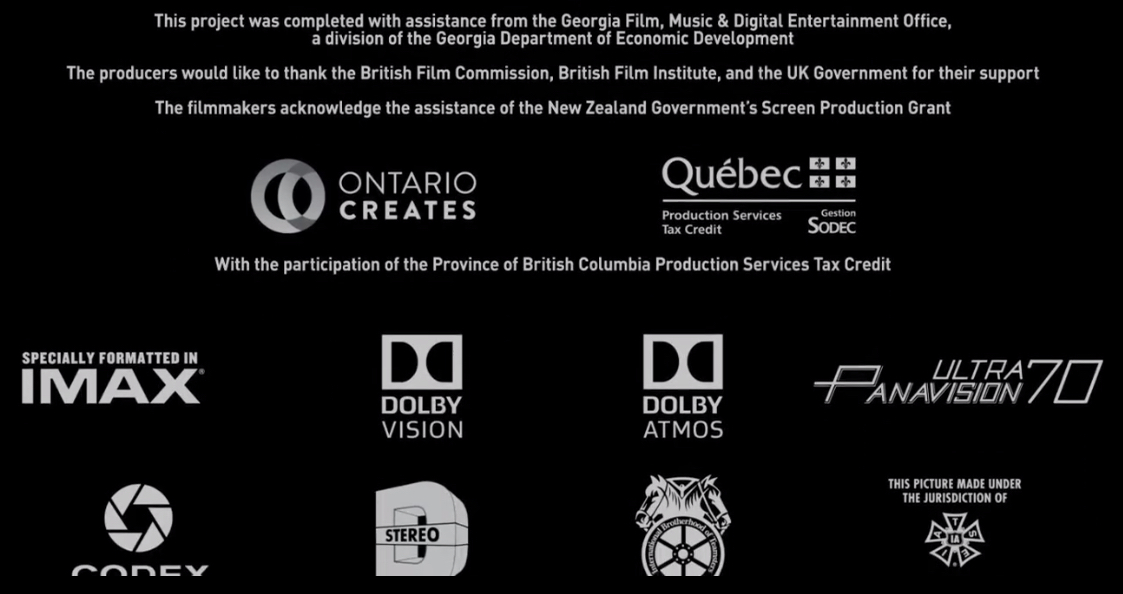 Marvel’s “Avengers: Endgame” only provided BC with text acknowledgement. (Marvel/Disney) 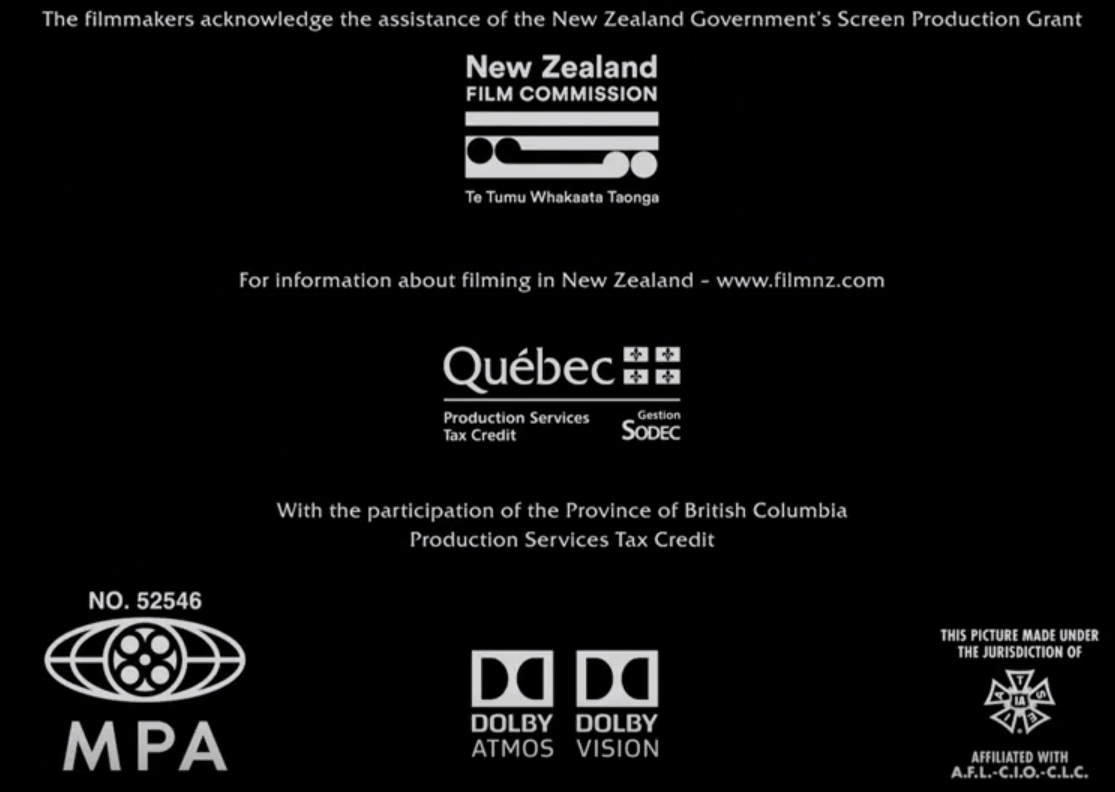 Disney’s “Mulan” credits only provided BC with text acknowledgement. (Disney)

“Call of the Wild”s inclusion of the BC logo. (20th Century Studios)

20th Century Studios’ The Call of the Wild, starring Harrison Ford and Dan Stevens, released in February 2020, was amongst the first major films to display the BC logo in the on-screen credits.

It may seem like a trivial detail on the scheme of things, but the display of the logo doubles as a major global marketing measure for British Columbia’s film and production industry, which is the third largest in North America after California and New York.

Several other jurisdictions with a far smaller industry have had prominent on-screen credits for a number of years now, specifically Georgia and Quebec.

According to a report by the Vancouver Economic Commission this month, BC’s film and television industry had a record-breaking year in 2019, when the industry spent $4.1 billion in the province. This includes $3.1 billion from physical production, and the remainder from post-production and animation largely within Vancouver. About 70,000 jobs across the province are supported by this industry.

The industry is also now one of the few sectors of the economy that has seen a full recovery from COVID-19, with the current level of production activity exceeding what was experienced before the onset of the pandemic. There has been pent-up demand from the shutdown earlier this year, and studio executives are increasingly choosing BC for their productions due to the relatively low COVID-19 case volumes.