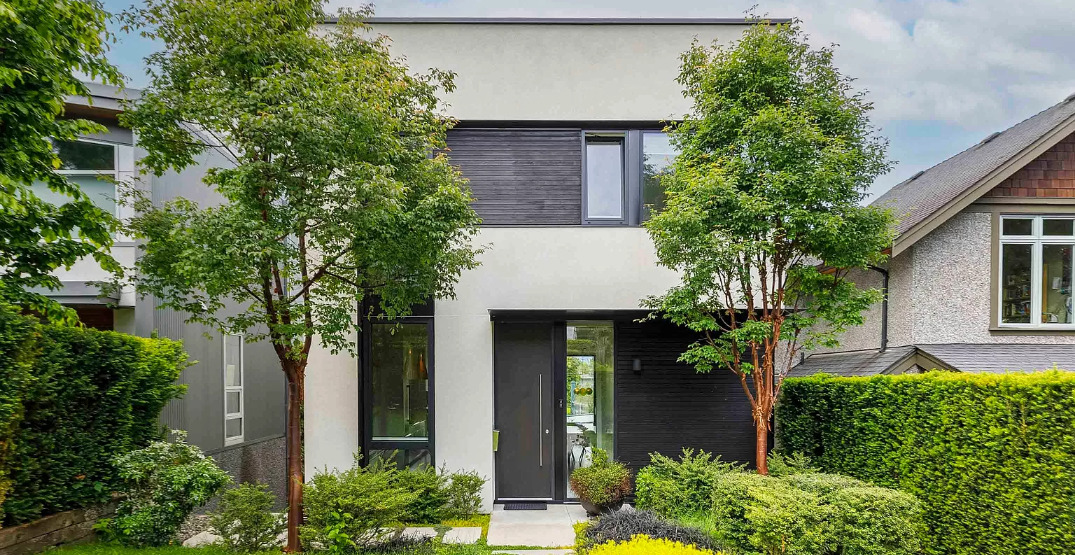 It’s not uncommon to see homes in Vancouver sell over the assessed value or asking price, but the difference between the numbers on homes we’ve reported on tend to fall somewhere between $100K to $500K.

Not only did this Vancouver home sell over the assessed value, but it also sold for $250,000 over the asking price according to Zealty.

Zolo suggests that the average home price in Kits is $1.7 million, which seems somewhat low especially compared to this particular home which was sold by WESTSIDE Tom Gradecak Realty. Located in the vicinity of Vancouver’s Greek Town in Kitsilano, the two-storey home features four bedrooms, five bathrooms, and around 2,900 sq ft of space. It features an open concept design and is fairly new having been built seven years ago. Ten-foot ceilings, lots of natural light, a gourmet kitchen, and a 13-foot island are some of the other bells and whistles that the home features. The kitchen also features top-of-the-line appliances from brands like Miele, Thermador, and Bosch. The bedrooms are quite spacious, with the primary bedroom featuring a walk-in closet. The bathrooms look like something you’d find in a hotel. If you had the money, would you have put down $1.5 million over the assessed value for this Vancouver home?

Someone really wanted it

Don’t get me wrong… it was a nice house and not your standard cookie cutter place… but wow 🤯 pic.twitter.com/AXkHin25Xu