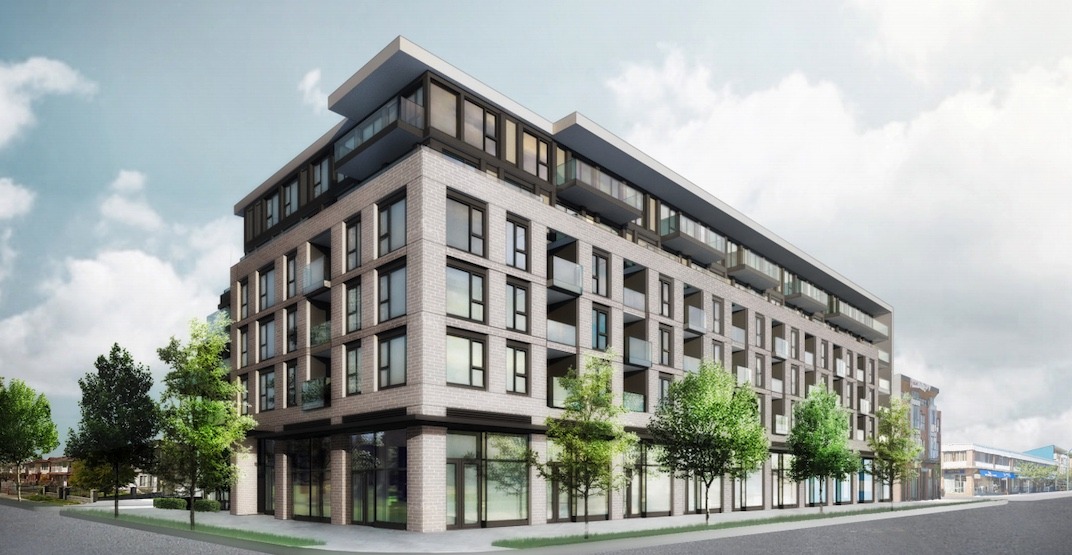 A rezoning application has been submitted for a large 26,000-sq-ft lot at 3429-3469 Fraser Street — the northwest corner of the intersection of Fraser Street and East 19th Avenue, just two blocks south of Kingsway.

The site is currently occupied by a two-storey commercial building with businesses such as Fraser Court Seafood Restaurant, The Pie Hole, Panz Veggie, Wonder Meatball, and Jethro’s Fine Grub. 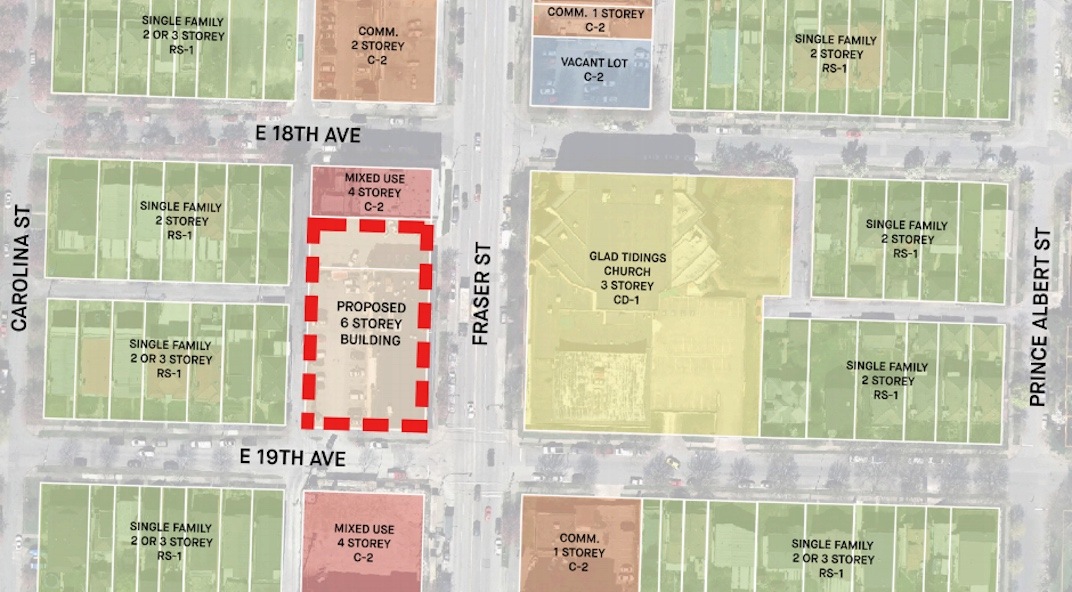 There will also be 13,000-sq-ft of ground-level commercial space, including a large 4,000-sq-ft space for a restaurant.

“The building is characterized by a simple, four storey streetwall along Fraser Street that wraps around the southeastern corner of the site. The four-storey base incorporates masonry cladding, punched windows, and is animated by a pattern of balconies that vary in depth.”

Overall, the project calls for a total floor area of close to 89,000-sq-ft, giving it a floor space ratio density of 3.43 times the size of its lot.