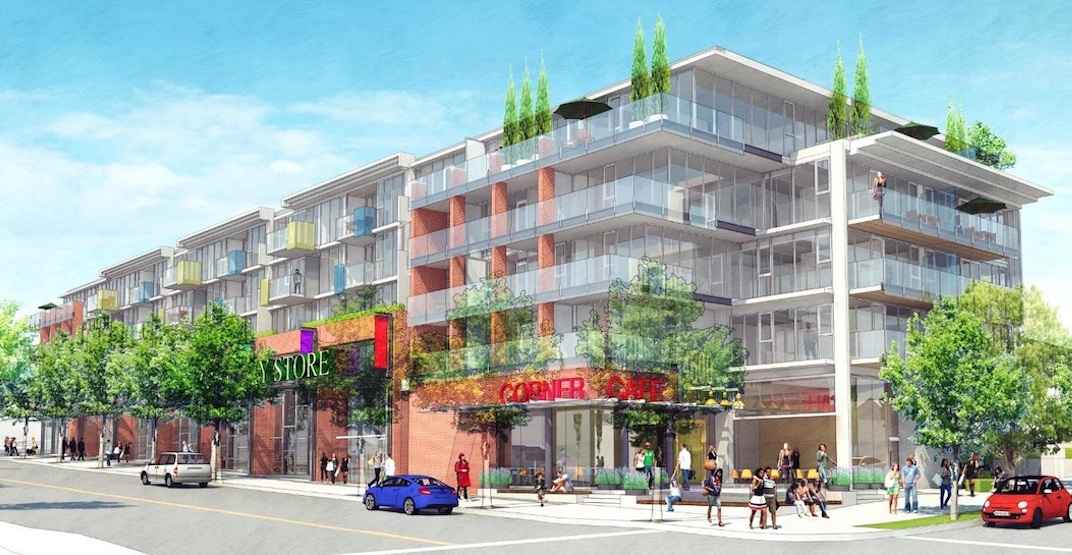 The opening of a London Drugs store location in the Vancouver Westside neighbourhood of Dunbar will provide the area’s main retail village with a big boost.

Daily Hive has learned that London Drugs will take over an 18,500 sq-ft ground-level retail space at Dunbar Terrace – the new five-storey, mixed-use building nearing completion at 4560 Dunbar Street, located just across from Dunbar Theatre and the local branch of the Vancouver Public Library.

The city block-sized redevelopment is the previous location of Stong’s Market, which reopened in late-2016 in a new building located two blocks north.

London Drugs is scheduled to open at this location no later than early fall. Within the upper levels of the building, designed by Henriquez Partners Architects, there will be 60 rental homes.

London Drugs will also be opening a store at the base of the Vancouver House tower in the downtown core, this summer.

The retailer also has plans to open a second location in Kitsilano at a new mixed-use building proposed for 2865 West 4th Avenue — the northwest corner of the intersection of Macdonald Street and West 4th Avenue. This store is expected to be about 17,000 sq. ft. in size.

Other London Drugs locations in stores Vancouver Westside include one in Kerrisdale and on West Broadway near Arbutus Street. 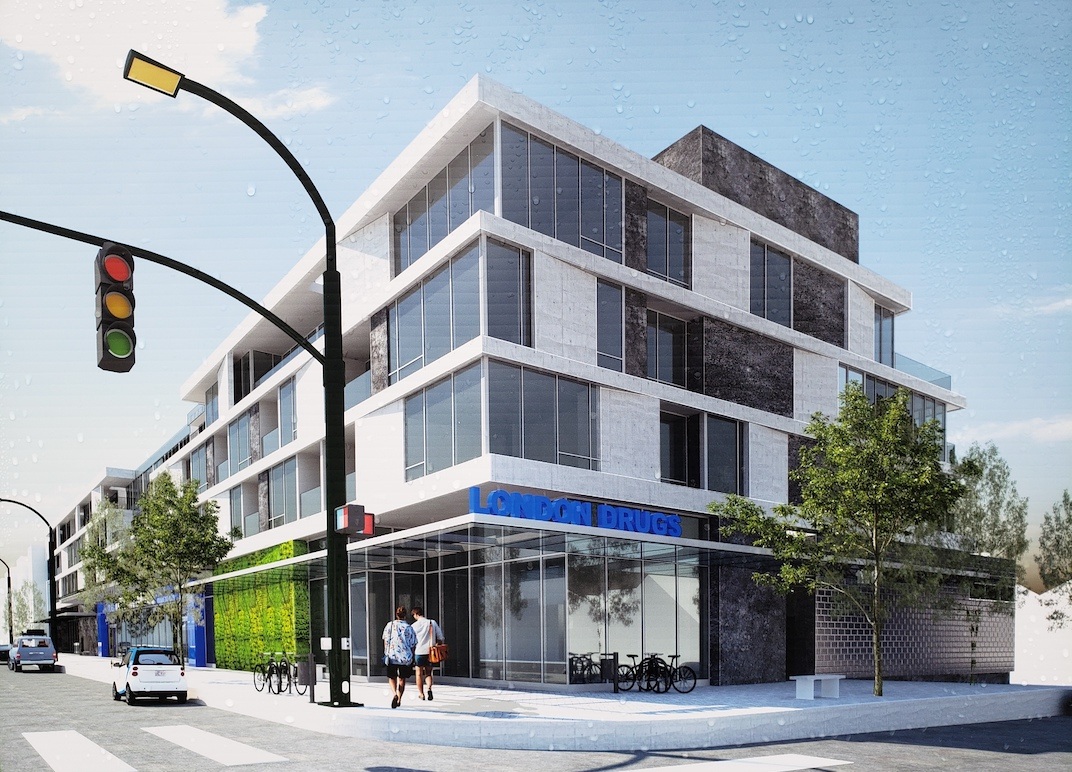