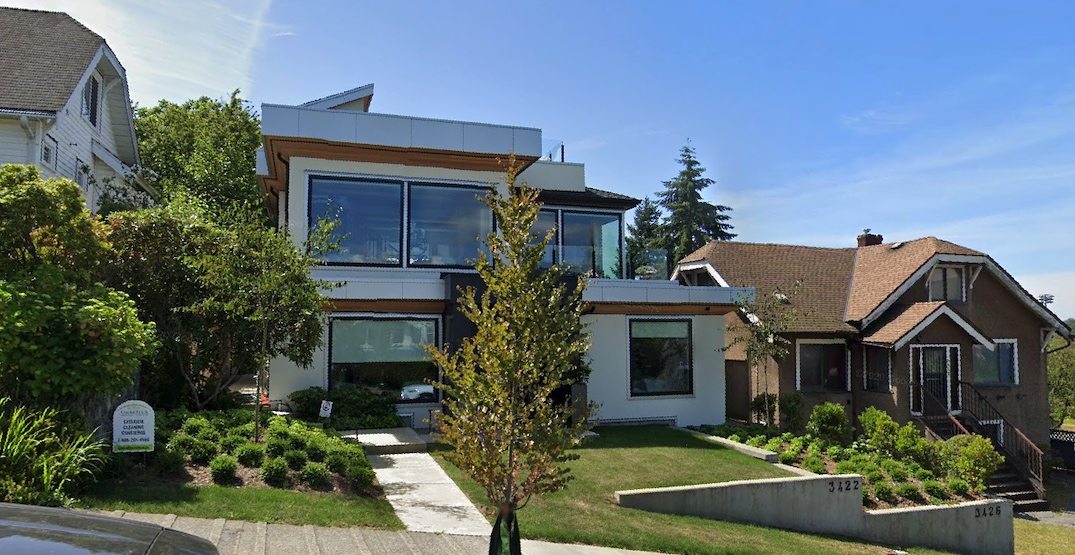 The appeal of a homeowner in East Vancouver’s Hastings-Sunrise neighbourhood, arguing that their property is worth over $1 million more than the latest assessed value by BC Assessment, has been shot down by the Property Assessment Appeal Board.

In the board’s written decision earlier this month, Harvey Oreck unsuccessfully sought to have the assessed value of his two-storey, single-family dwelling at 3422 Triumph Street revised to $3.975 million, replacing BC Assessment’s figure of $2.899 million for the 2021 roll, which is based on values on July 1, 2020.

BC Assessment’s calculation gives the land an assessed value of $1.602 million, and the structures with $1.297 million, accounting for the relatively new-build completed in 2017.

The 5,856 sq ft lot is 48-ft wide, and the home has a floor area of 3,464 sq ft with four bedrooms and four bathrooms, not including a laneway house with an additional 511 sq ft and garage for up to two vehicles.

Oreck was adamant that the assessment was too low, and not reflective of the high quality of the home, level of finishing, and the northward and eastward views of the North Shore mountains and Coal Harbour, given that the property is located on a hillside.

The appeal board agreed with Oreck’s assertion, by stating that the “home is very well built” with “many extras,” including radiant heat, air conditioning, automated “Smart House” features, cedar soffits, a fully serviced rooftop deck, a basement theatre room, and $60,000 worth of appliances.

The appellant is stated to have agreed with BC Assessment’s assessed value of his land value, but disagreed with the assessed value of the structures. Oreck says an architect, builder, and realtor separately provided him with a replacement construction cost estimate of about $550 per sq ft to $600 per sq ft, which he believes gives the main house’s structure a value of between $1.9 million and $2.078 million. When combined with the $375,000 construction value of the laneway house and garage, and the land value, all of this adds up to $3.875 million to $4.075 million.

Oreck also provided details on the $1.9 million value placed on this property for insurance purposes as evidence of the structure’s worth.

In defending its assessed value, the assessor states buyers and sellers of residential properties do not normally use construction costs as a means of pricing, nor are insured values evidence of what the market would be willing to pay for the property.

Furthermore, it is noted by the assessor that Oreck refused to provide evidence of the actual construction costs of the home, and did not account for depreciation in his calculations. 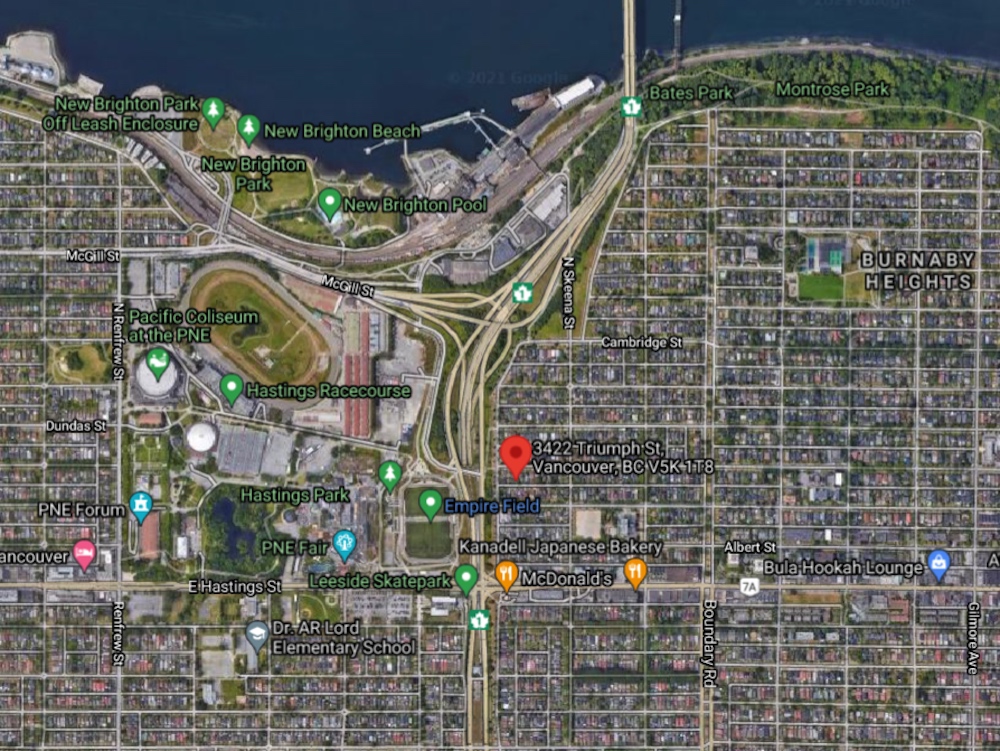 While the assessor agrees that the sloping site provides the property with valuable views, its location also has a negative impact, with noise being a factor given the property’s adjacency to Highway 1 and the PNE fairgrounds at Hastings Park. Oreck countered that noise is not an issue with his property’s triple-paned windows.

In making its decision, the appeal board disregarded Oreck’s evidence, stating the “cost data to be high level and vague,” and agreeing with BC Assessment’s conclusion that the property has already reached the “highest and best use” for its single-family residential zoning.

“The Board often hears that the estimate of depreciation is difficult. Here, though, it is not. The Assessor’s residual analysis finds the value of the improvements in each of the comparables to be from $238 to $343 per sq ft of building,” reads the decision.

“The difference between these figures and the cost of their construction must represent depreciation. This type of analysis could be completed to ascertain depreciation in the subject property and was available to the Appellant to complete.”

The appeal board upheld BC Assessment’s original assessed value for the property. Since the decision was made on September 10, 2021, Oreck has indicated he will appeal the appeal board’s decision to the Supreme Court of BC.