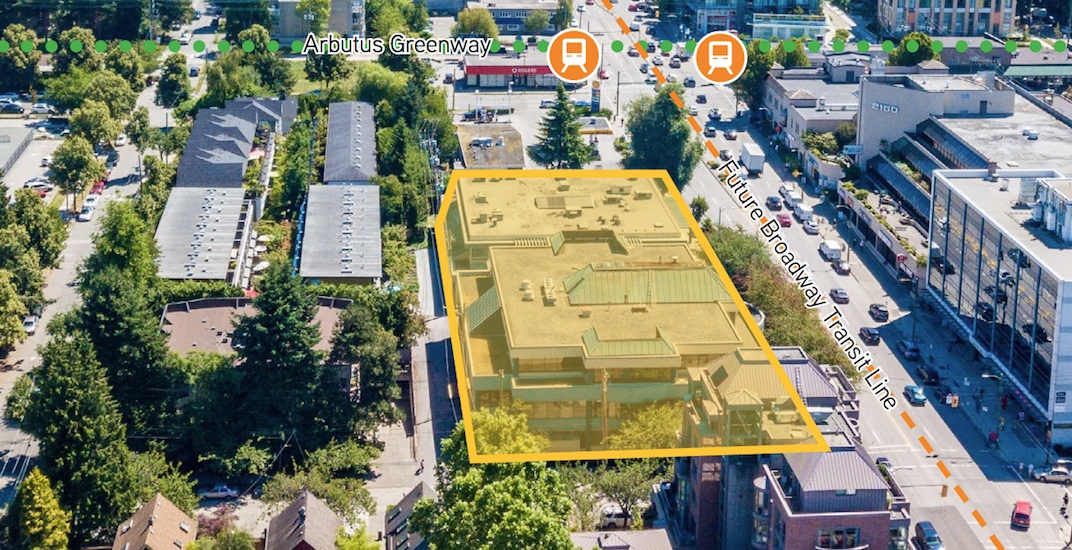 The property, located about 100 metres from the entrance of the Millennium Line Broadway Extension’s Arbutus Station, spans more than half a city block – a site of about 34,500 sq. ft.

It is currently occupied by the company’s office complex, which entail two- and three-storey Class B office buildings totalling 63,300 sq. ft. of office space and 117 underground vehicle parking stalls. The remaining easternmost portion of the city block is a Shell gas station. 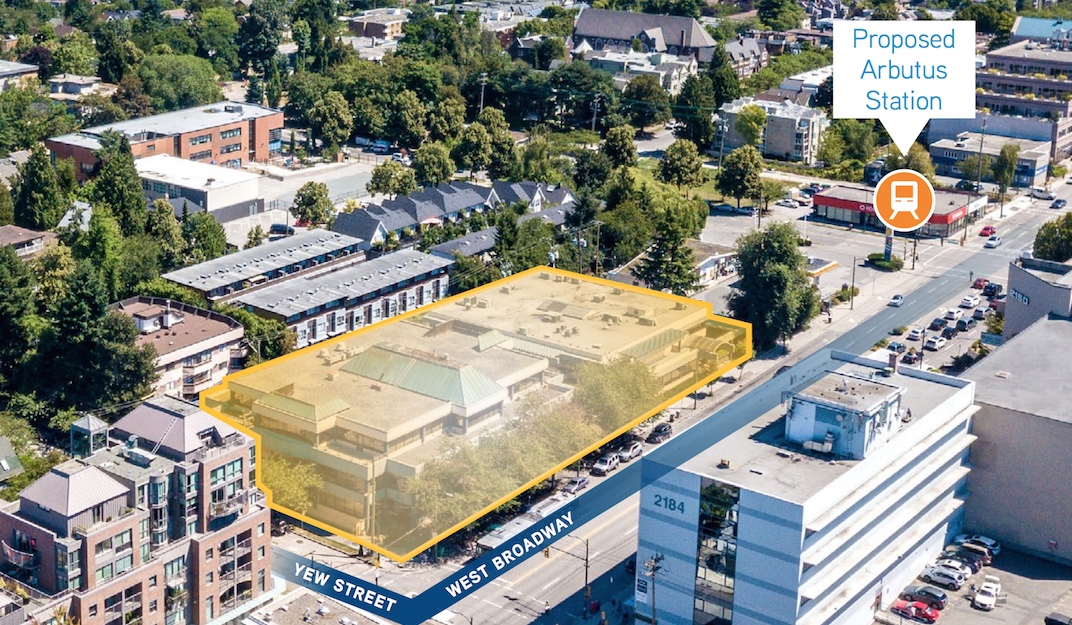 However, its market value is likely far higher given the site’s adjacency to both the future Broadway Extension and Arbutus Greenway streetcar, as well as the future rezoning and redevelopment potential guided by the City of Vancouver’s Broadway Plan, which is anticipated to be released in 2020.

“The existing office building has potential to provide attractive yields prior to the rezoning and development process given Vancouver’s strong office leasing dynamics,” reads a listing brochure by Colliers International. 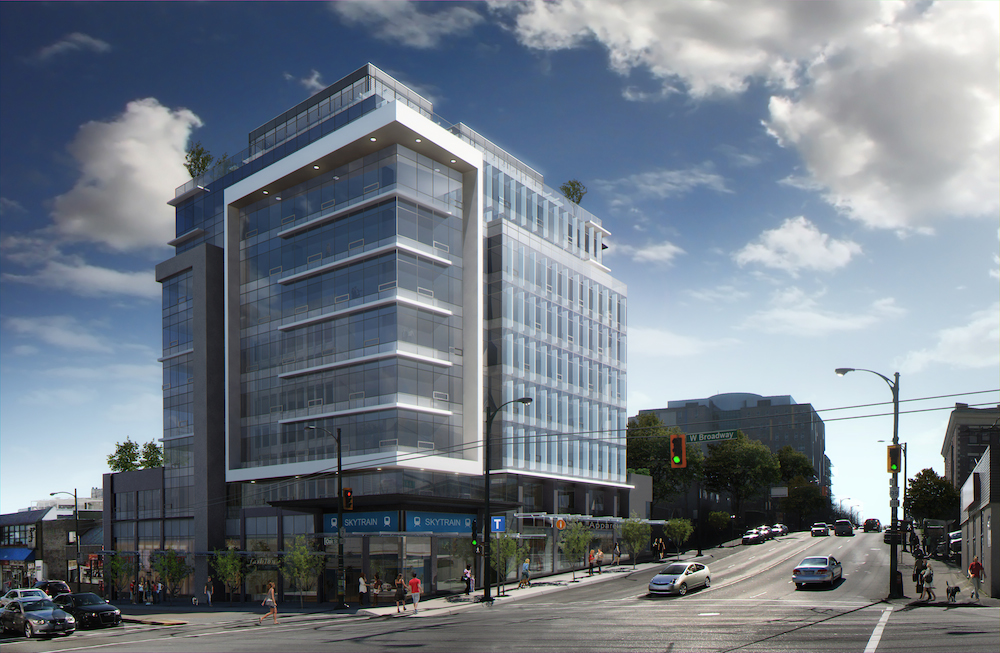 Artistic rendering of 988 West Broadway, Vancouver. This building was originally slated to include a subway station entrance, but that is no longer the case according to the developer. (BlueSky Properties) 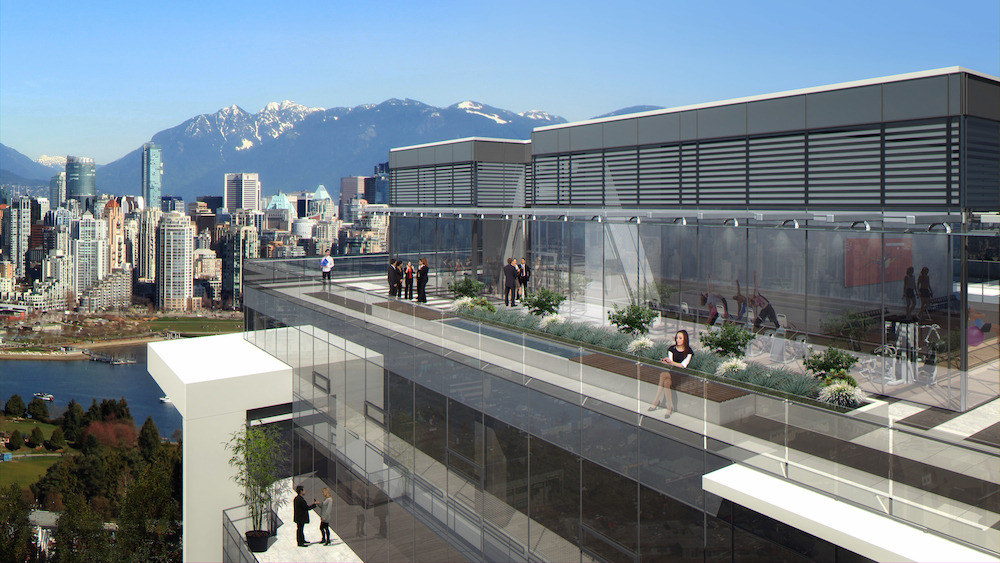