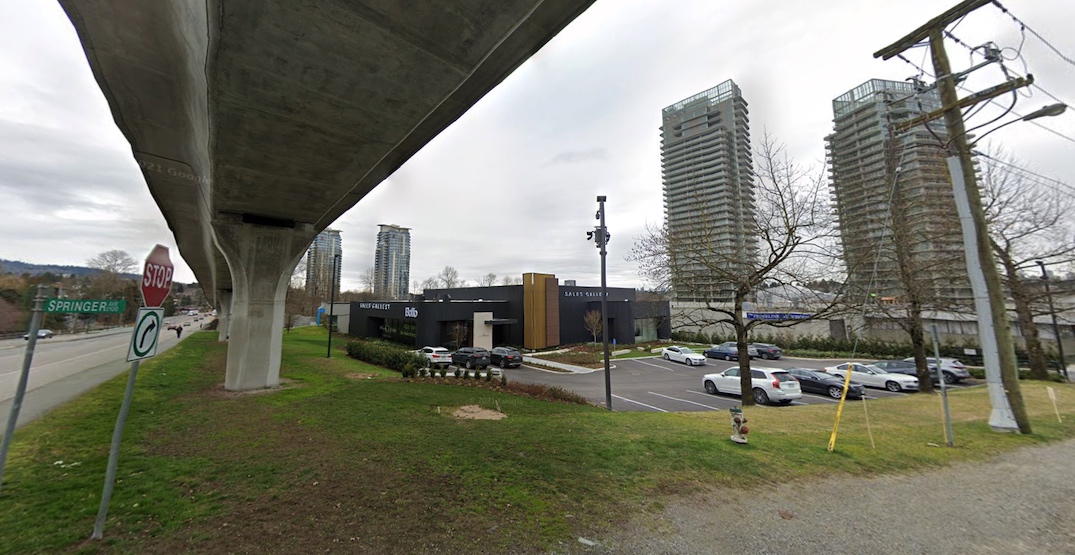 Boffo Developments has created a high-density master plan concept for the redevelopment of the four-acre industrial “Bassano Site” within Brentwood Town Centre next to SkyTrain Holdom Station.

According to the City of Burnaby, their proposal for 2100-2210 Springer Avenue and 5334 Lougheed Highway — the southeast corner of the intersection of Lougheed Highway and Springer Avenue — calls for four residential towers to replace five industrial buildings constructed in the 1970s and 1980s. The developer is also currently using an existing building as a presentation centre.

Altogether, there would be a total of 1,246 homes, including 1,102 condominium homes and 144 inclusionary non-market rental homes. 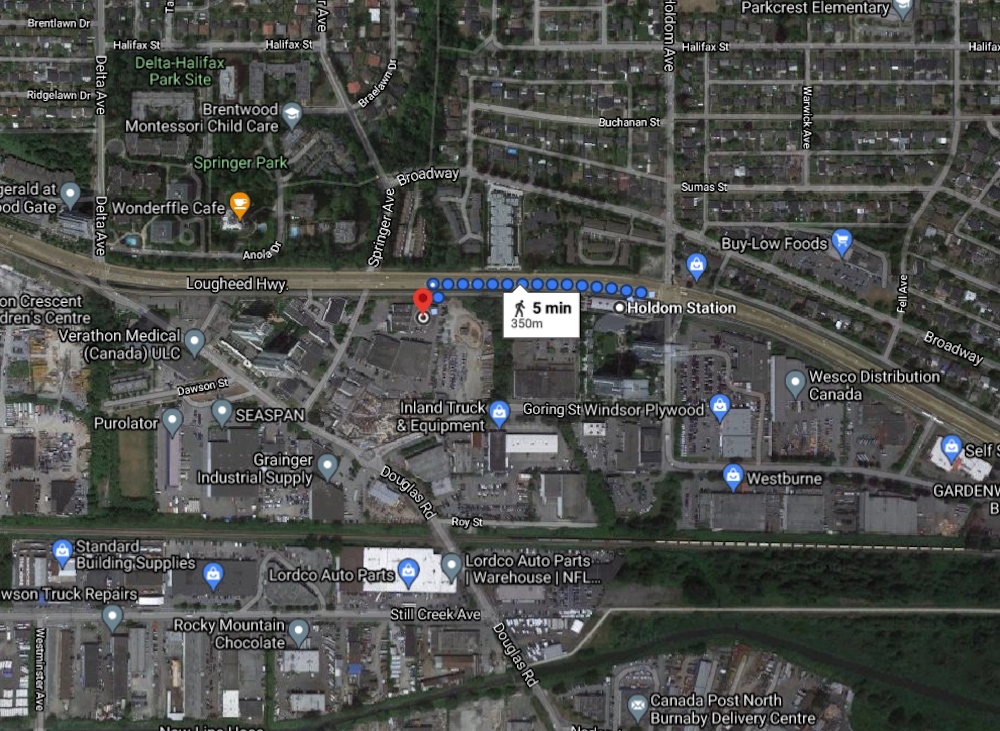 Boffo is proposing to have 93 of the rental homes temporarily purposed as the “swing site” for residents displaced by their redevelopment of 5650 Beresford Street in the Metrotown Downtown area. The Bassano Site redevelopment would serve as the temporary homes of the Metrotown residents until the replacements are ready.

Under the city’s inclusionary rental policy, the developer is required to provide the equivalent of 20% of the proposed strata units as non-market rental housing, with these units rented at rates 20% below Canada Mortgage and Housing Corporation median rents. Additional allowable floor area space density is allocated to projects to help fulfill the rental housing component.

It is expected the entire three-phase redevelopment would be constructed over a 10-year period. 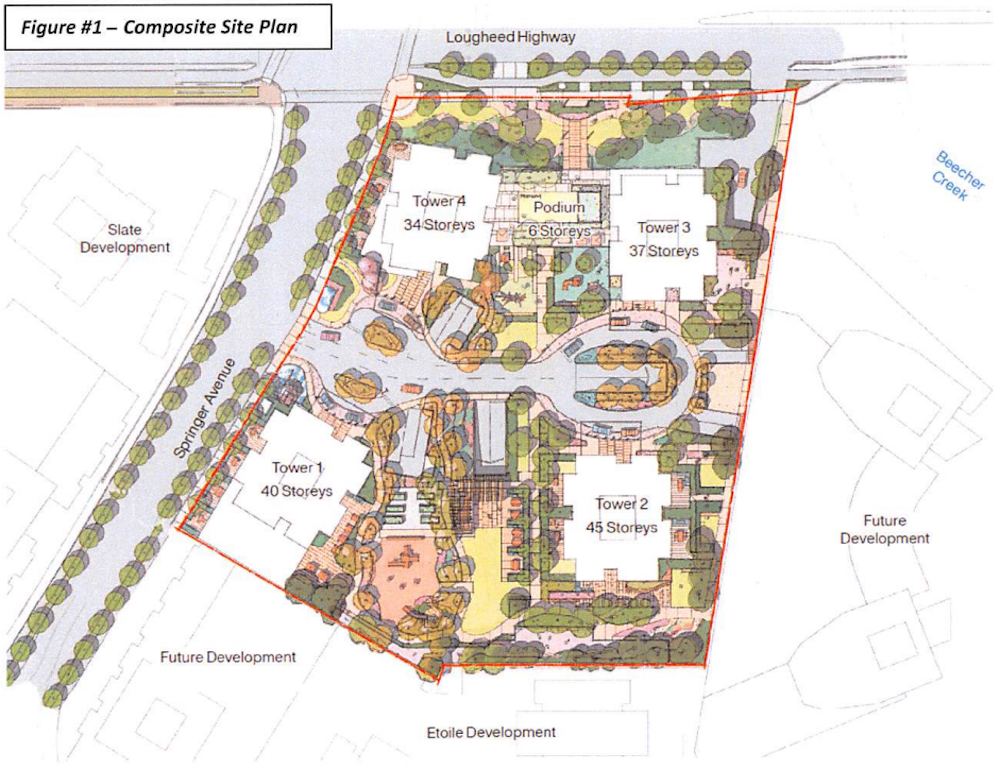 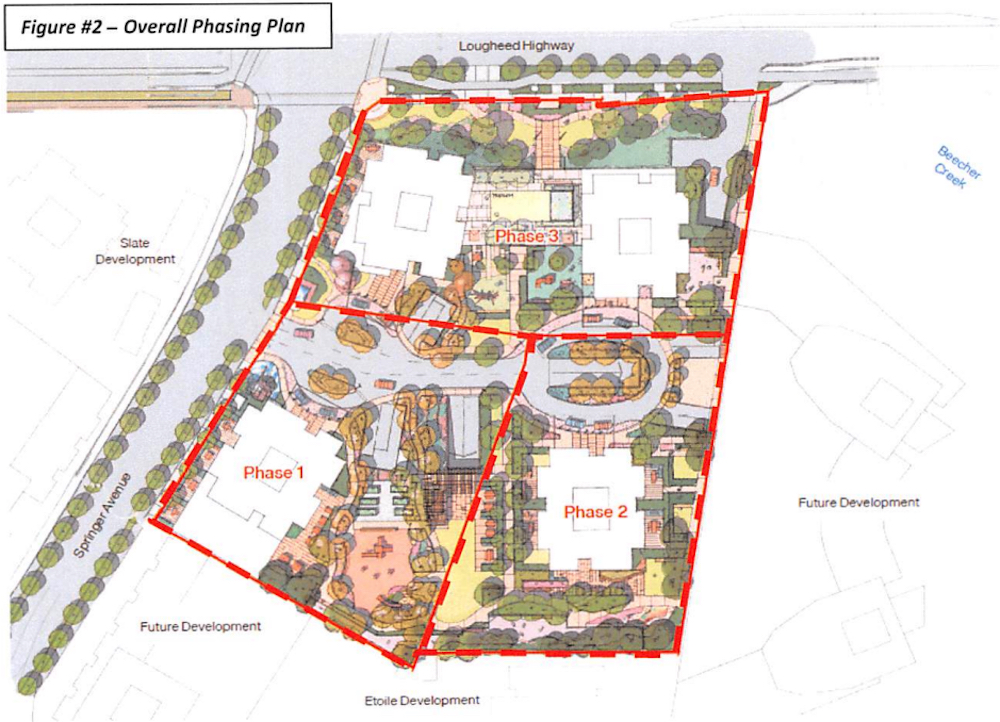 Extensive landscaped outdoor amenity spaces are proposed between the buildings on the site. Street-oriented townhouses will front Springer Avenue and Lougheed Highway.

“The broader vision for the Bassano Site is to transform the under-utilized industrial lands into a sustainable, high-density residential community set within a major green node with connections to the surrounding community and transit,” reads a city staff report.

“The development is envisioned as an attractive alternative to suburban living that will appeal to and accommodate a range of incomes and age cohorts, offering a diversity of housing forms and types with significant outdoor amenities and proximity to transit and services.”