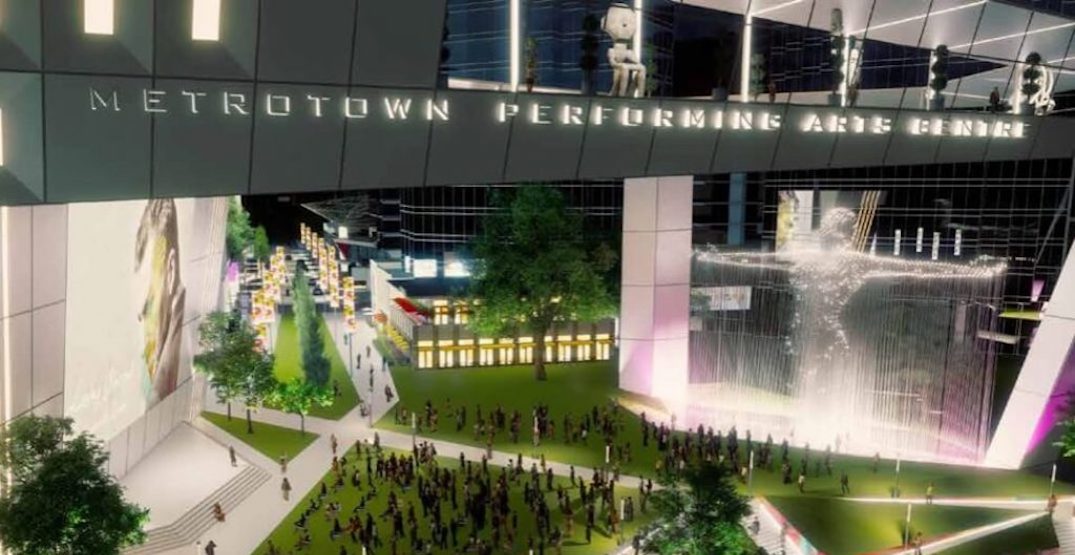 Burnaby’s municipal government has outlined a possible direction for its ambitious plans to provide its emerging Downtown Metrotown with an events and convention centre.

City council approved the initial planning steps in Summer 2019, and over the past year city staff have been working with Chicago-based destination consulting firm Hunden Strategic Partners to establish a potential concept for the new facility.

An events and convention centre is a key feature for the city’s 2017-approved Downtown Metrotown Plan, which calls for the eventual redevelopment of Metropolis at Metrotown shopping mall. This cultural and entertainment venue is slated for existing mall property next SkyTrain’s Metrotown Station.

A new city staff report that will be reviewed by city council this week outlines a possible concept with a total floor area of 196,380 sq. ft., within the equivalent height of a five-storey building on a five-acre lot.

This includes a 60,000 sq. ft. event hall, designed with a flat floor, as opposed to a rigid theatre with fixed seating. It will be a multi-purpose event space that can host a large single event, such as concerts and performances, or be configured into two separate 30,000 sq. ft. spaces with events that can occur simultaneously.

The floor area size of this event hall is comparable to the Vancouver Convention Centre’s iconic waterfront West Ballroom, which is 53,000 sq. ft. and can be subdivided into four smaller ballrooms. 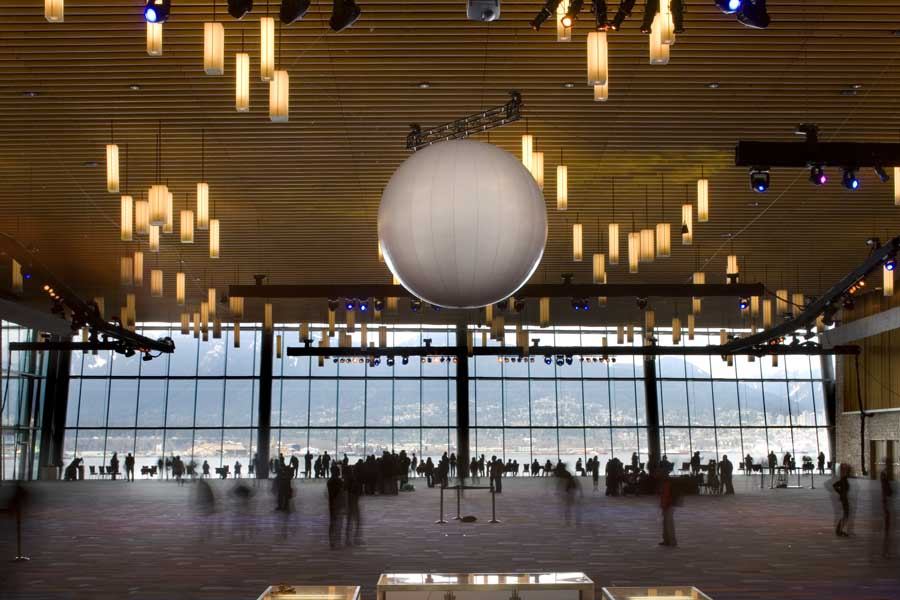 The art gallery will be within its own standalone building next to the convention centre, and amounts to a relocation of Burnaby Art Gallery’s collections within Burnaby Village Museum administration building and Ceperley House.

A large outdoor public plaza that separates the convention centre and art gallery buildings will be capable of hosting community events, gathering space for public meetings and presentations, performances, and exhibitions related to the art gallery. 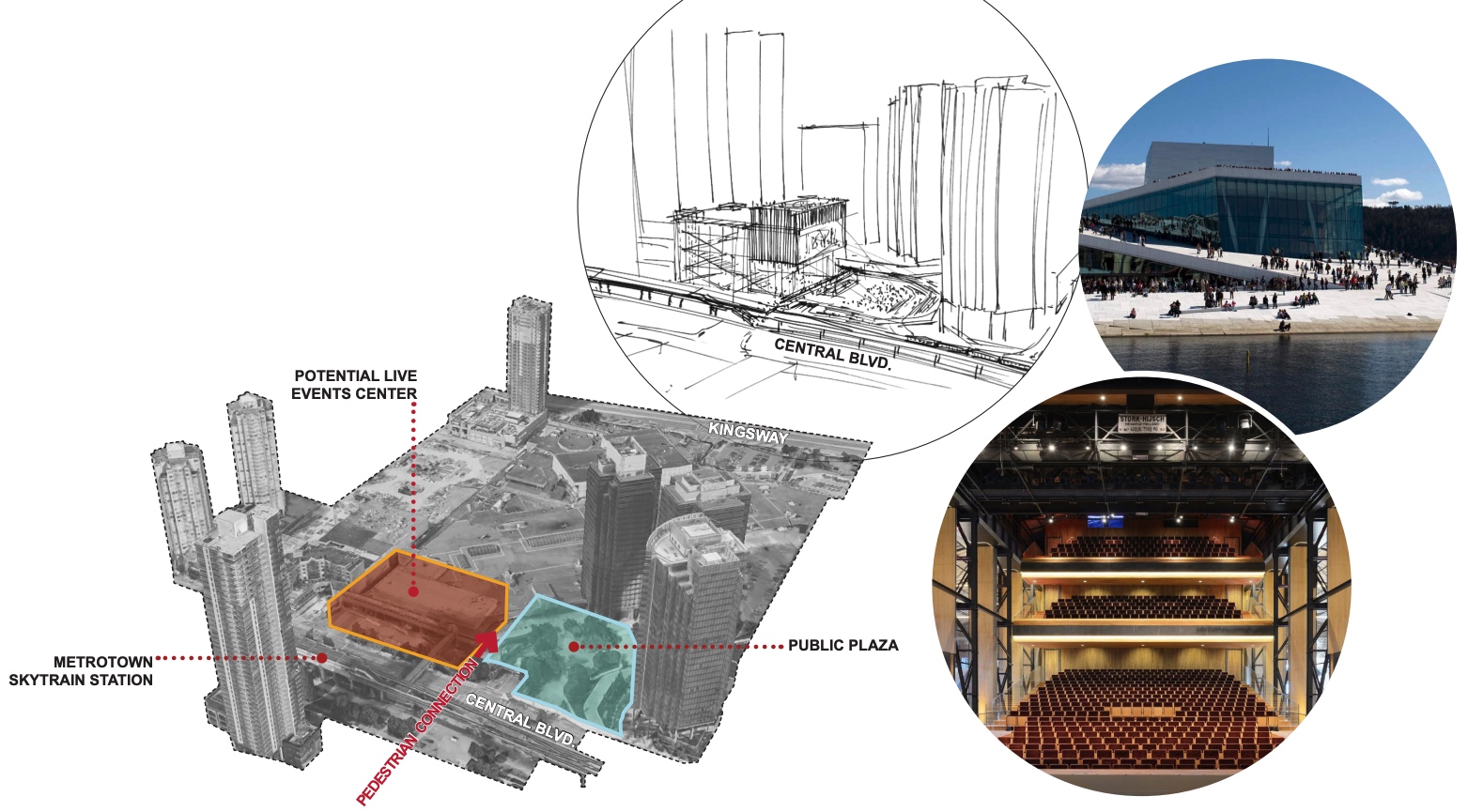 Given the size of the convention centre building, it is envisioned to be an opportunity to “demonstrate world-class urban design and architecture,” creating an “established civic presence” within Metrotown.

The highly preliminary estimated total cost of the project is about $460 million, including $241 million for the convention centre, $47 million for the art gallery, $121 million for about 1,000 underground vehicle parking stalls, and $13 million for the public plaza. Although this is a city priority under the Downtown Metrotown Plan, this project is currently unfunded.

The convention centre could host as many as 566 events annually and attract up to 250,000 visitors.

According to the consultants, there is a market gap for multi-functional venues in the mid-sized range (50,000 sq. ft. to 75,000 sq. ft.), with flexible non-fixed seating, accommodating between 1,000 and 3,000 people for conferences, banquets, meetings, and other events. There are also secondary market opportunities for small- and mid-sized conventions, consumer and trade shows, and sports and dance events. 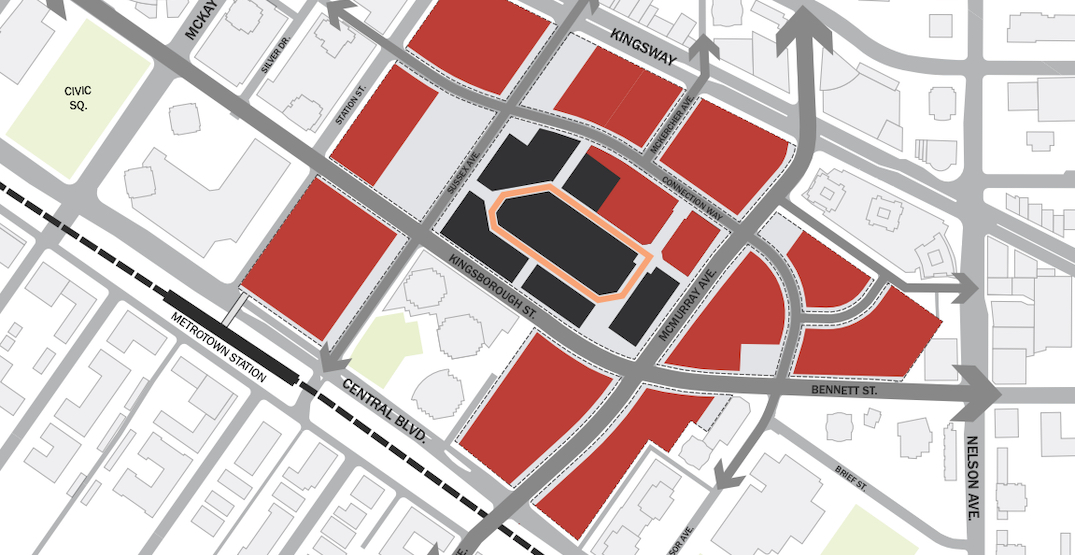 Such an entertainment and cultural facility is deemed integral for ensuring the success of Downtown Metrotown, as it will generate excitement and vibrancy, contribute to placemaking and civic identity, and provide spaces for dialogue and the exchange of ideas.

There are also synergies with the area’s concentration of retail and restaurant offerings, and the long-term redevelopment of the 47-acre shopping centre into the high-density core of the city centre with a mix of residential, retail, restaurants, and offices. The existing indoor mall will be largely demolished, and a new street grid will be formed to create city blocks for development. Ivanhoe Cambridge, the owner of the mall, plans to develop as many as 15,000 homes over the course of several decades.

The municipal government is spending about $1 million between 2019 and 2023 for the creation of the convention centre’s high-level conceptual design. 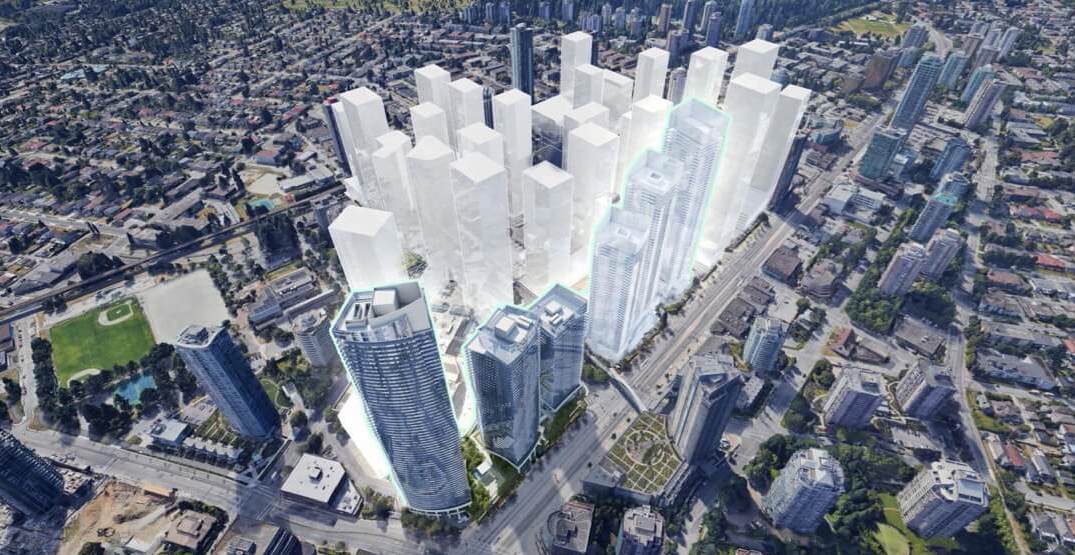