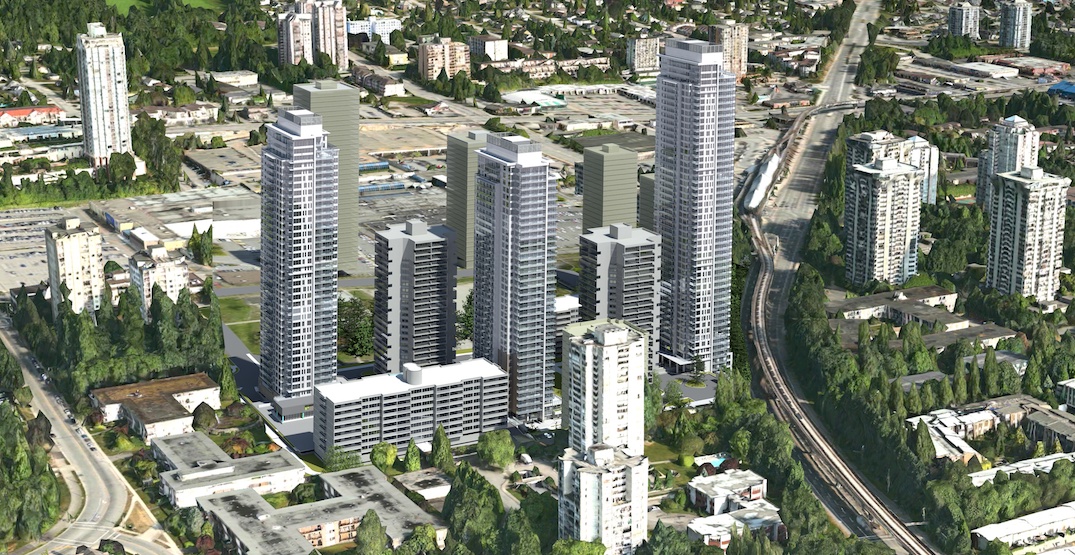 Thousands of new additional secured purpose-built market rental homes in future buildings in Burnaby are at risk of being cancelled over their poor financial feasibility.

In a recent letter to Burnaby City Council, UDI president and CEO Anne McMullin suggests it is highly problematic when the city requires market rental housing to provide the same level of below-market affordable rental housing and density bonus expectations as market strata ownership housing, which has a significantly higher financial return that can cover more public benefits costs.

“Some of our members have been informed that purpose-built rental projects will be assessed as if they were strata projects to determine the appropriate density bonus value,” she wrote.

“This approach presents a fundamental change to project economics, as those higher costs may not be able to be absorbed, rendering purpose-built projects (or the rental component of other projects) unviable. We understand that there could be a potential mechanism to offset the increased density bonuses such as a grant from the City; however, there is no clarity about whether such an approach has been adopted, or how it would be operationalized.”

McMullin maintains that the UDI and developers are supportive of the municipal government’s 20% inclusionary zoning policy as the allocated density increase of 1.1 FAR (additional floor area size of 1.1 times larger than the size of the lot) in strata floor space offsets the costs of the below-market rental homes, but this cannot be achieved from a market rental housing project.

To address this issue, it is suggested the municipal government could offer cost offsets during the application’s negotiation process, but this too also has its problems, as it does not give developers certainty when they acquire a property for its development potential. It is asserted that developers are more likely to build 100% purpose-built rental housing in jurisdictions without this “length and risky process.”

There are concerns that new forthcoming policy changes would also apply to applications already submitted and under review by city staff — long after financial commitments have been made, and sites acquired.

“The potential changes to the density bonusing approach are very consequential and will dramatically impact the economics of projects, with no clear path for mitigation aside from re-assessing and re-designing them,” she wrote.

“This would set project timelines back significantly, further impacting their viability and possibly resulting in the cancellation of in-stream purpose-built rentals, which would undermine the affordability of rental housing in Burnaby. The delivery of purpose-built rental represents a critical housing form to fulfill the needs of residents.” 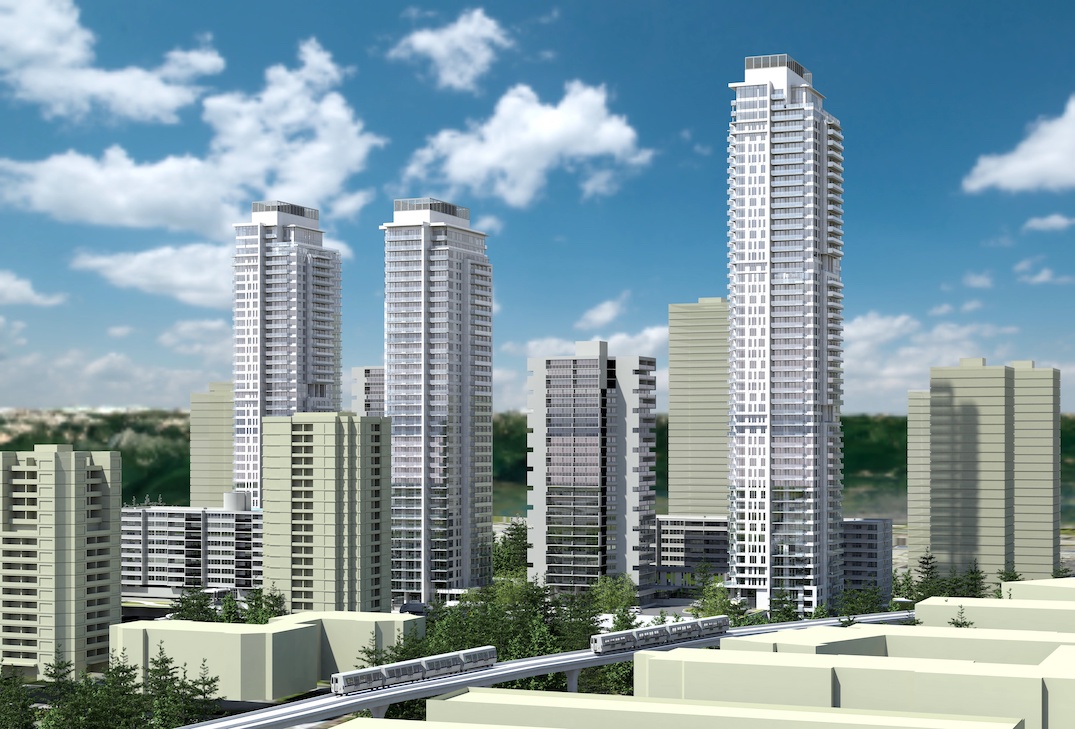 McMullin specifically names two purpose-built rental housing projects — some of Metro Vancouver’s largest rental housing developments — that may not proceed or need to be altered significantly to the extent that market rental homes will not be provided.

She says Starlight Developments has indicated its Lougheed Village project, just west of SkyTrain Lougheed Town Centre Station, is at risk. They are planning to add three infill towers to the property to build 1,200 new additional market rental homes, without displacing any of the existing 528 households on the site. Starlight acquired the seven-acre complex in 2015, and publicly reaffirmed its development plans as recently as December 2020.

Another project at risk is Grosvenor Americas’ eight-acre redevelopment next to SkyTrain Burnaby Town Centre Station, where the developer was planning to build 2,000 rental homes. They acquired this property in January 2020. 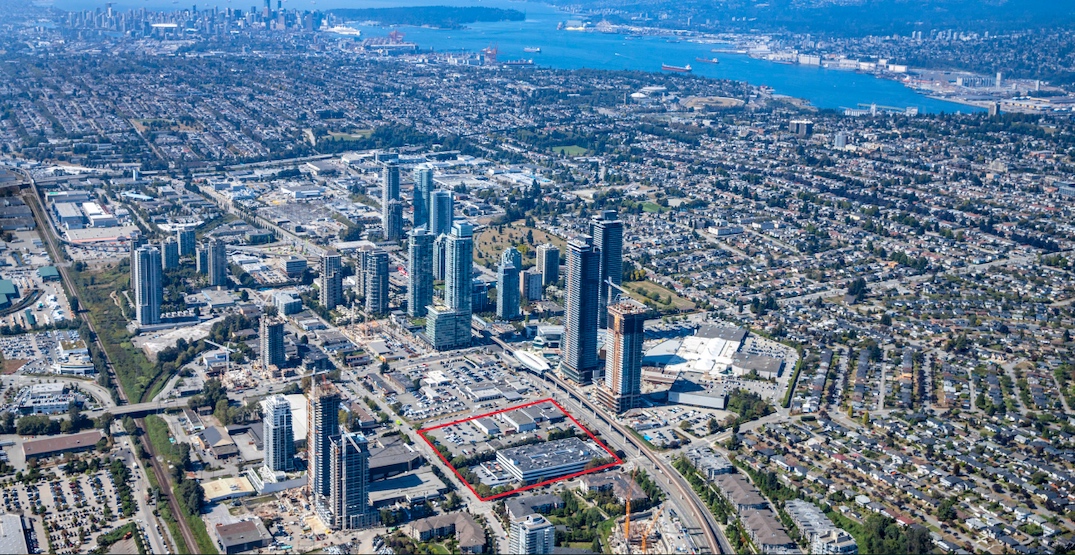 “Builders are proceeding with their developments and purchasing sites in Burnaby to build 100% purpose-built rental or include rental in their developments, and it appears that other than the two developers mentioned, the rest of the industry is unaware that there may be a significant change in the density bonusing approach,” she continued.

“They will have difficulty adjusting their financial commitments and may not proceed with their market rental proposals.”

They are also urging the city to release a bulletin that details the approach of density bonusing for purpose-built rental housing projects and voluntary market rental housing.

“Burnaby’s approach to market rental housing across multiple policies has been unclear. If changes in the City’s approach are occurring, it is critical that they be communicated to builders who are purchasing sites and developing proposals based on published policy,” added McMullin.

City council is expected to review the UDI’s concerns and recommendations next week.

While there have been some improvements in recent years, leading to an uptick in market rental housing supply, there is still an overall shortage of market rentals across Metro Vancouver, resulting in low vacancies and upward pressure on rents. With ownership opportunities becoming more challenging from cost escalation, market rental housing is a necessary housing tenure needed to support middle-class households and working individuals.