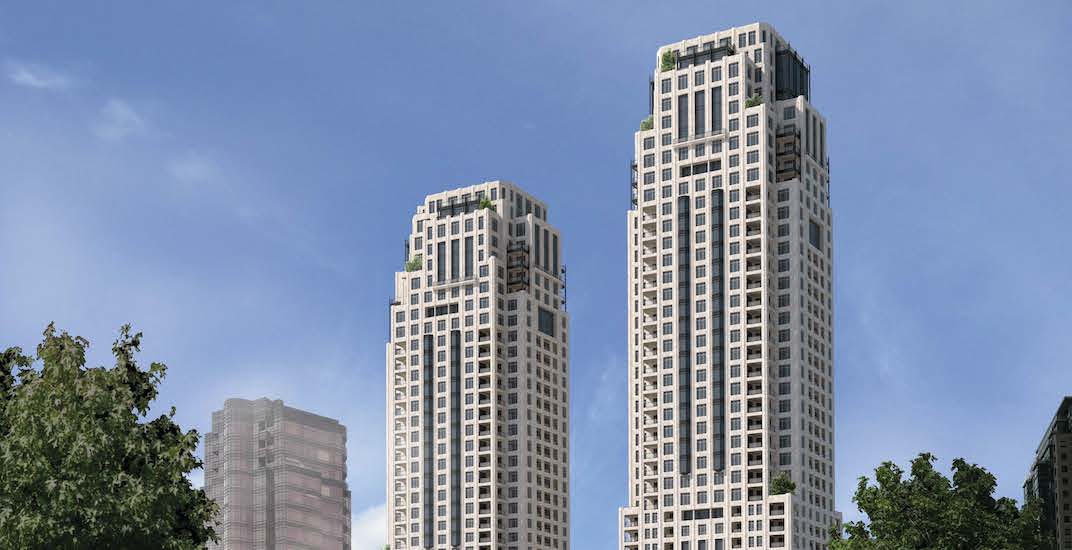 Glass facades and curtain walls have been the predominant architectural style in Vancouver for nearly three decades, but a new proposed project for downtown’s West End aims to buck that trend with a design that carries a new green building standard and New York neo-art deco flair.

Landa Global Properties and Asia Standard Americas have submitted a rezoning application to the municipal government to redevelop the site at 1400 Alberni Street into two residential towers reaching 43 and 48 storeys in height.

It will take over an entire city block between Nicola Street and Broughton Street currently occupied by a 1970s-built apartment and office buildings.

The project is designed by New York-based Robert A.M. Stern Architects, with local firm MCM Partnership acting as the architect of record. 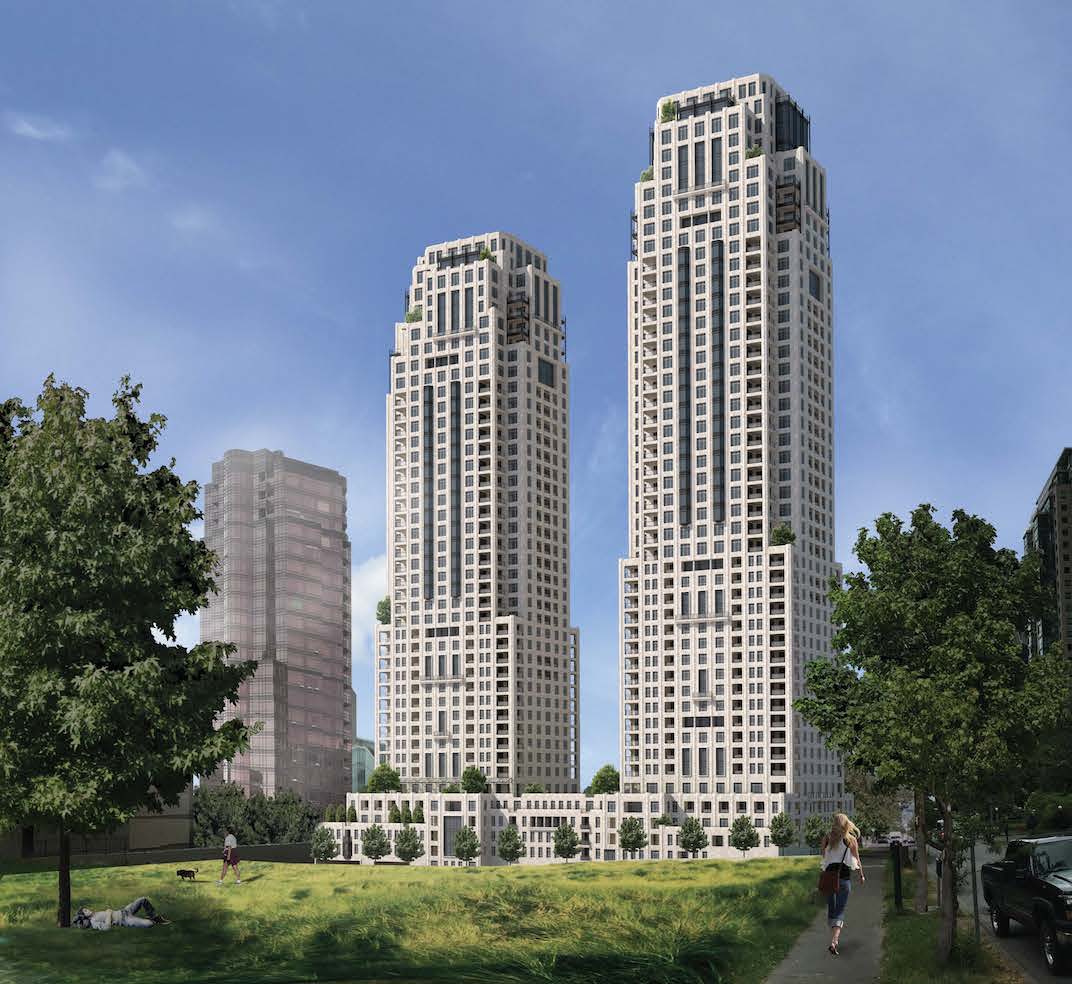 If approved, these will be the tallest ‘Passive House’ towers in the world, according to the developer.

The proposed towers will be built with a rigorous German building standard that significantly improves the building’s energy efficiency and comfort while also reducing its ecological footprint.

With a superior building envelope, insulation, and a design that optimizes solar gain and shade, the amount of energy required to heat and cool the building will be reduced by nearly 90%.

“There are only a few tall passive house projects in world, in New York and Spain but nothing near the height of this project,” said Eesmyal Santos-Brault, CEO of Recollective Consulting, a local company that works with developers on green building techniques.

“There is no one who has done a project of this scale in the world. These developers are trailblazing and setting new standards for building large-scale Passive Houses.”

The Passive House standard is relatively new to North America, and there are only a few applications in BC.

The first application within Canada was built in Whistler, and based on the global Passive House database there are now seven certified buildings in the country, with six of those in BC.

There are nearly 1,200 Passive House buildings in the world, with the vast majority built in German-speaking and Scandinavian countries.

“What’s exciting for the green building community and for Vancouver is that with this new project, the city will be recognized for exporting and showing the world how to build a high-performance Passive House tower,” Santos-Brault continued.

“If we can build a tower that still makes money and is good for the environment and doesn’t consume much energy or carbon, that’s a win-win for everybody.” 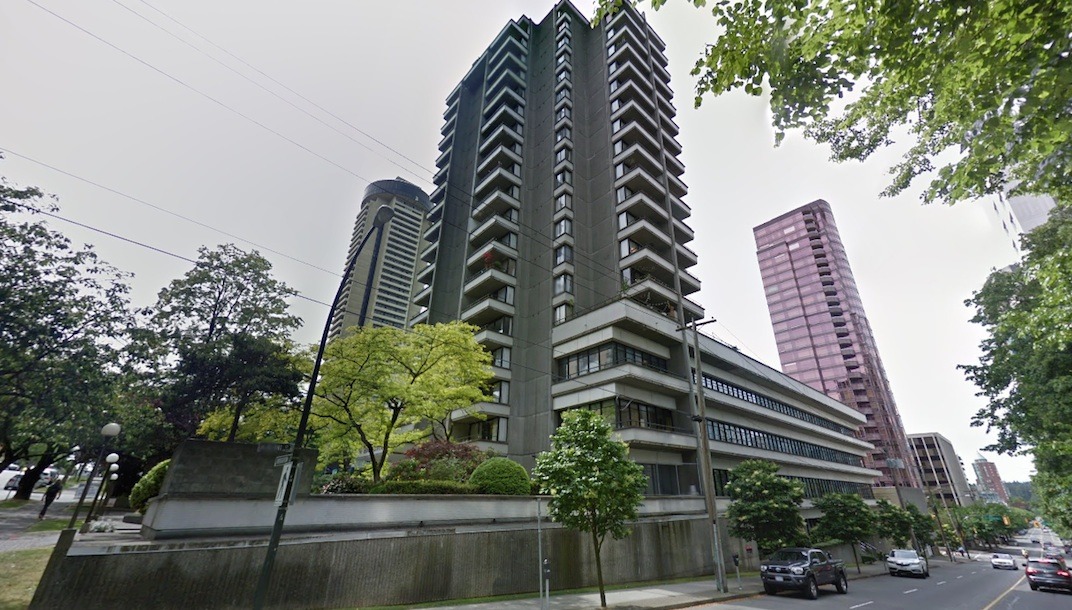 The buildings currently at the site at 1400 Alberni Street will be demolished. (Google Maps Streetview)

As for building features, there will be approximately 400 units – including 129 rental units to replace the rental stock that will be demolished, and the remaining as market condominiums.

The proponents are also promising community amenity contributions such as a 10,000 sq. ft. daycare facility, a new park on the Nicola Street end of the city block, and public realm improvements.

The entire two-tower complex will carry a total floor area of 650,000 sq. ft.

Over the last few years, Alberni Street between Broughton Street and Bidwell Street has turned into Vancouver’s largest hot spot for major tower developments with a higher architectural standard.