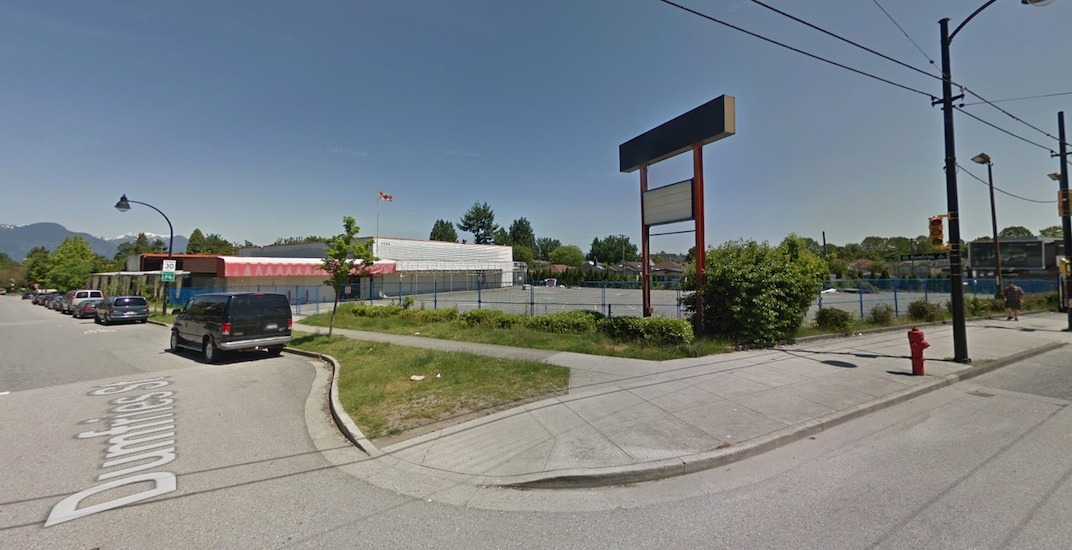 A large underdeveloped site on Kingsway, one block east of Knight Street in East Vancouver, could be redeveloped into a mixed-use complex with both residential and commercial space.

Cressey Development is working with Rositch Hemphill Architects to redevelop the now-closed Rona store at 1503 Kingsway – a 1.5-acre site framed by Kingsway to the south, Dumfries Street to the west, Fleming Street to the east, and a church to the north. 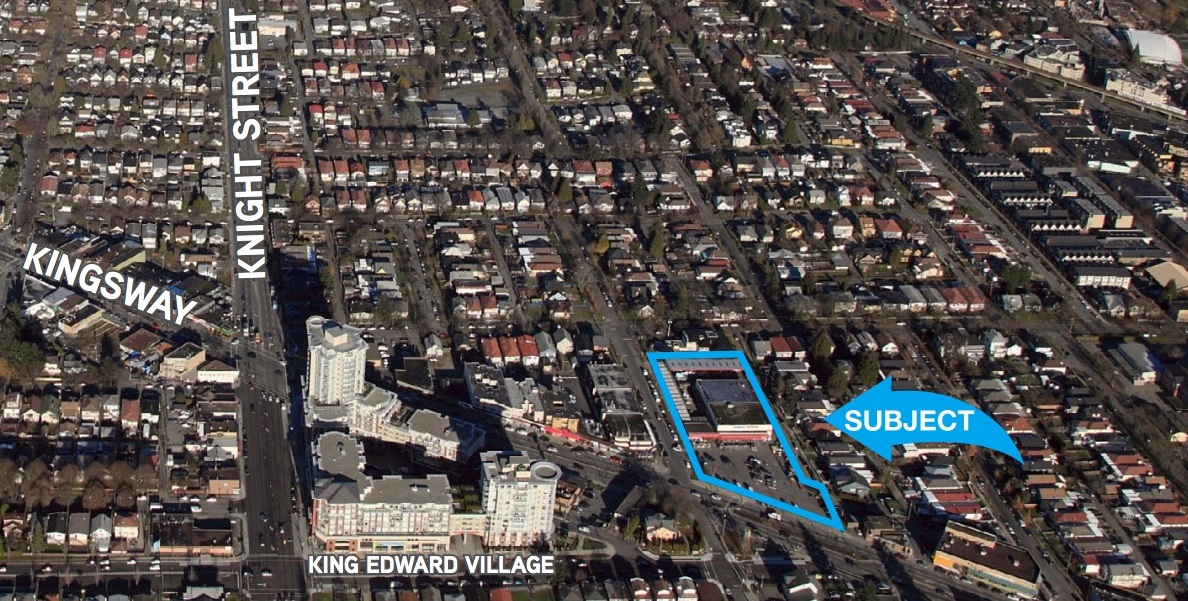 The developer is proposing a 16-storey tower at the property’s southwest corner at Kingsway and Dumfries. The first two floors of the tower will be commercial space and the remaining 14 floors will be residential.

Commercial space will stretch along the property’s Kingsway frontage.

As well, the project calls for four townhouse blocks of ground-orientated, family units, with two and three bedrooms within each unit. These townhouses are located on the rear of the project, along the side streets to provide a gentle transition with the surrounding single-family neighbourhood.

There will also be amenity spaces such as a children’s play area and accessible patios and roof gardens, landscaped courtyards and laneway mews, a redesigned Fleming Street with treed boulevards and street parking, and a significant landscaped pedestrian linkage between Kingsway and Fleming Street.

Overall, the scale of the project is comparable to the nearby King Edward Village complex completed in 2008. Proponents are aiming for a floor space ratio (FSR) of 2.15 residential and 0.3 commercial. 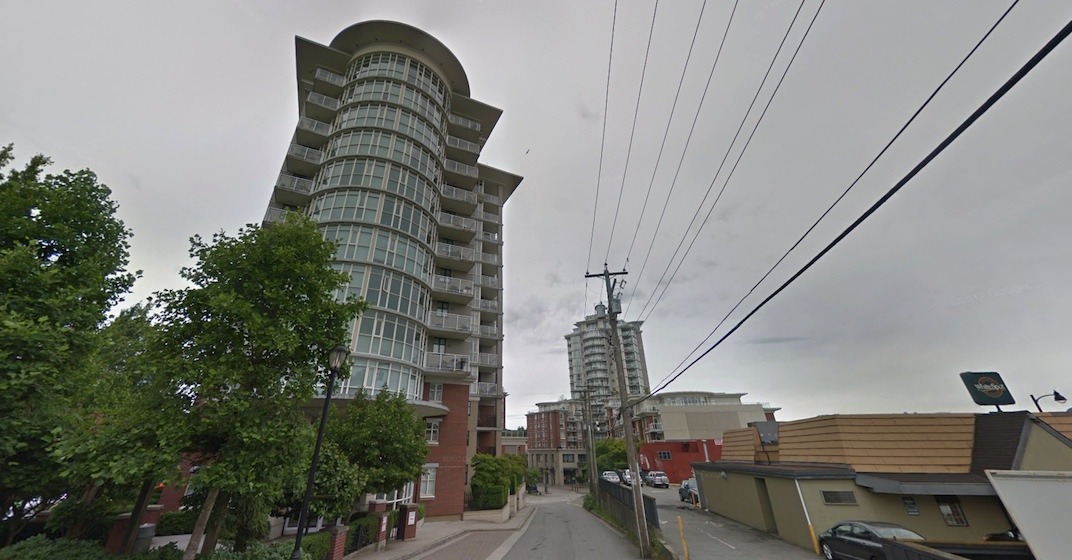 At the moment, this proposal is still in its pre-application phase for a development permit; Jason Turcotte, the Vice President of Development at Cressey Development Group told Daily Hive he hopes the project will reach the official application stage in about a month.

“We have a couple more steps before we can formalize the application but it has been a long process to get to a stage with City planning staff where we think they feel comfortable with,”  said Turcotte. “It’s an unusual zoning for the shape of site it is. It is a deep and large site, and because it’s so big unfortunately it took a bit longer than we’d like.”

The Rona store on the property closed in 2016.