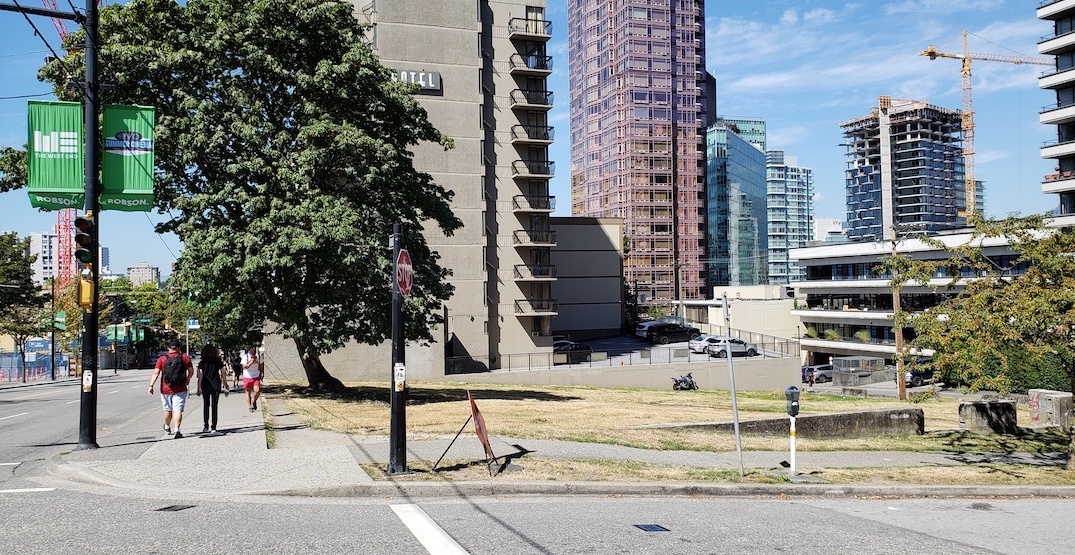 At first glance, the grass-covered lot at the northwest corner of Robson and Broughton streets may seem like a public park. People are occasionally spotted sitting on a wooden bench plopped under a large tree, and dogs and their owners are seen using the open grassy areas.

But this property, 1401 Robson Street, located just across from the Empire Landmark Hotel redevelopment in the West End, is indeed privately owned.

Similar undeveloped sites across the downtown Vancouver peninsula have typically seen some revenue-generating utility, specifically the use of ‘hold out’ sites as a parking lot, with parking operations contracted out.

The empty site encompasses four parcels with a combined assessed value of about $68 million, according to BC Assessment’s July 2018 roll. That translates to roughly $170,000 in estimated annual property taxes, without any income generated by the property to offset the annual costs of owning this property. 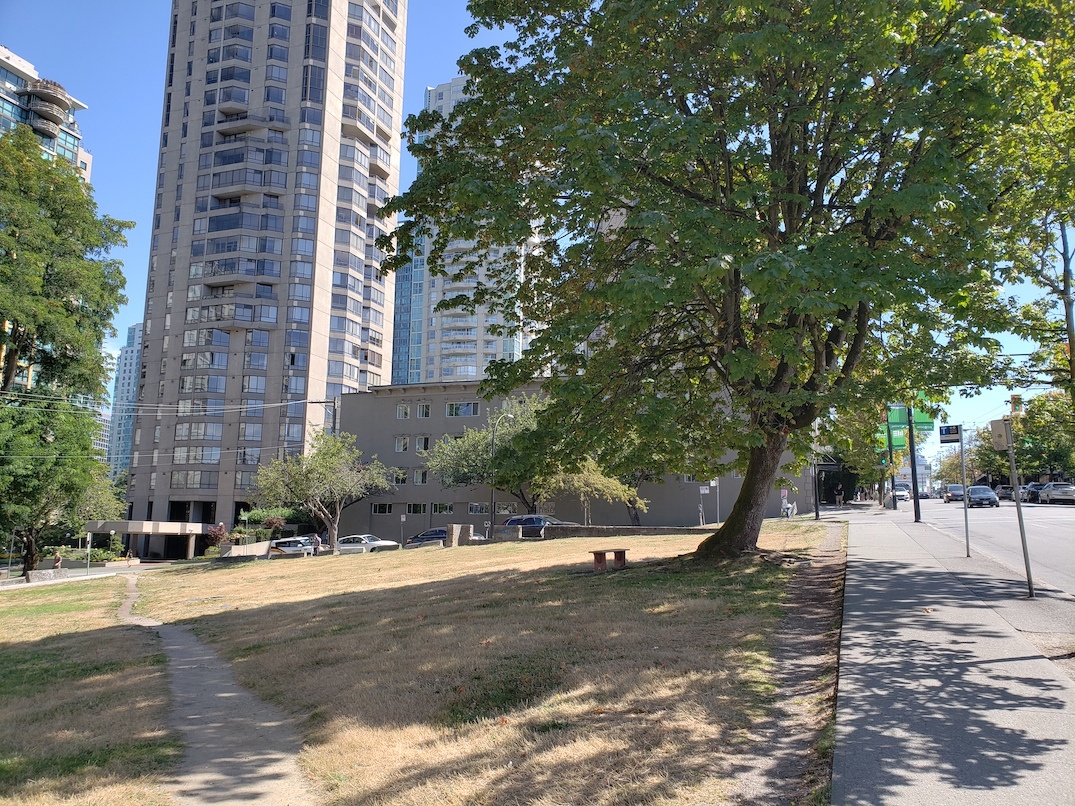 Moreover, while not perfect, the 17,292-sq-ft property’s condition is far from unkempt; someone is being paid to periodically cut the grass and remove garbage.

And this has been the state of the property for decades, throughout the surrounding area’s transformation from single-family homes and a rail yard to gleaming glass condo towers. Over the years, a diagonal desire path has formed from the continuous foot traffic of people shortcutting through the property between Robson Street and Broughton Street.

According to records, the last time the site was occupied by any structure was in the 1970s, with remnants of the structure’s foundation still a fixture at the site’s southeast corner. 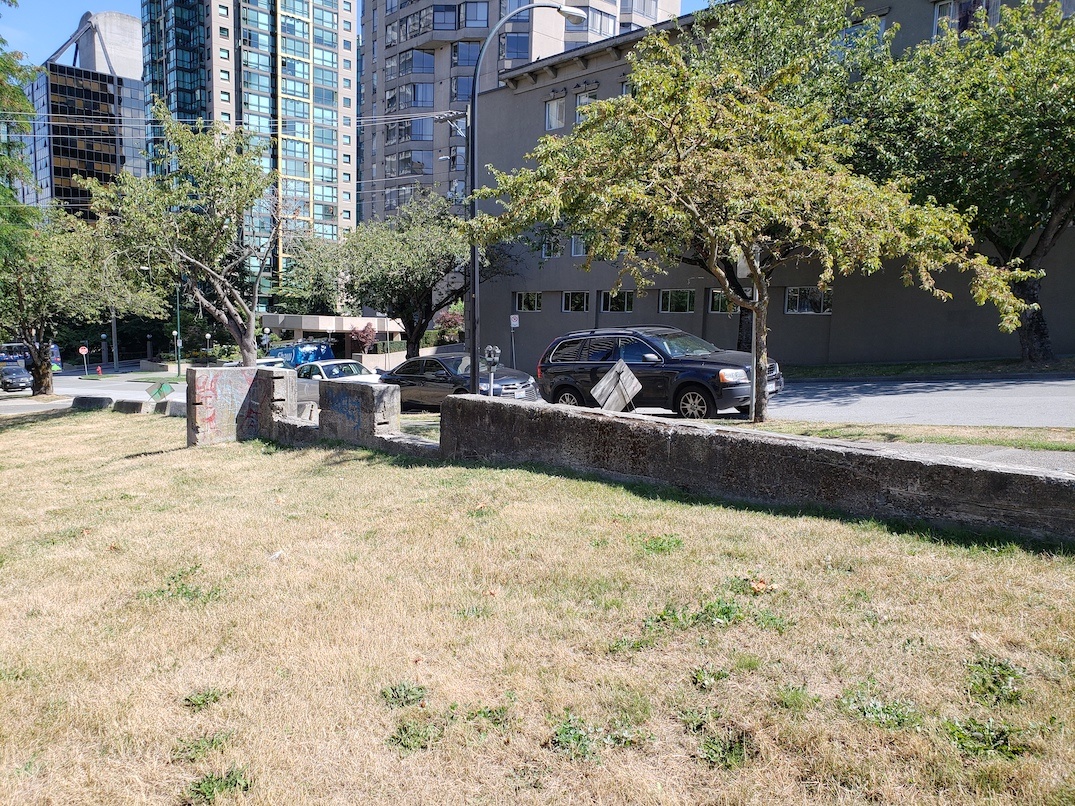 The property is currently owned by Central Developments, a Hong Kong-based developer that builds luxury residential and office towers.

Their largest project to date is the 2003-built, 828-ft-tall High Cliff tower, one of the tallest residential buildings in Hong Kong, located in the Happy Valley district on the mountainside of Hong Kong Island.

The developer did not respond to inquiries, and a Vancouver-based lawyer who represents the company locally did not wish to comment on the future of the property.

The City of Vancouver says there are no redevelopment applications for the site currently, but the municipal government’s 2015-approved West End Community Plan (WECP) outlines the immense development potential for the property.

A mixed-use tower reaching up to 300 ft in height is permitted, with uses entailing lower-floor commercial and upper-level residential.

The WECP has been a catalyst for redevelopment across the West End, and the immediate area of this intersection has been no exception. Across the street, demolition work on the Empire Landmark Hotel is now complete, and crews have been excavating the site throughout the summer in preparation for the ascension of two towers, with residential use above and commercial spaces in the base.

A mid-rise commercial development is slated for the intersection’s southeast corner, and an adjacent old hotel property at the northeast corner was recently listed in the market for its tower redevelopment potential. 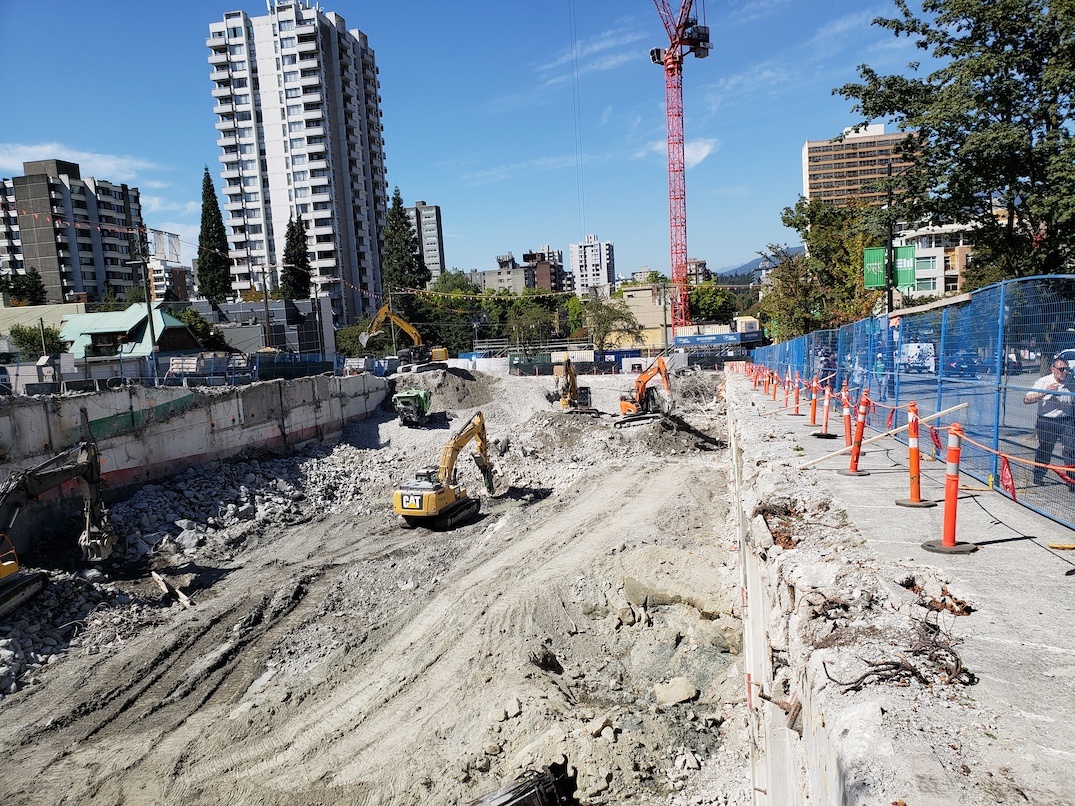 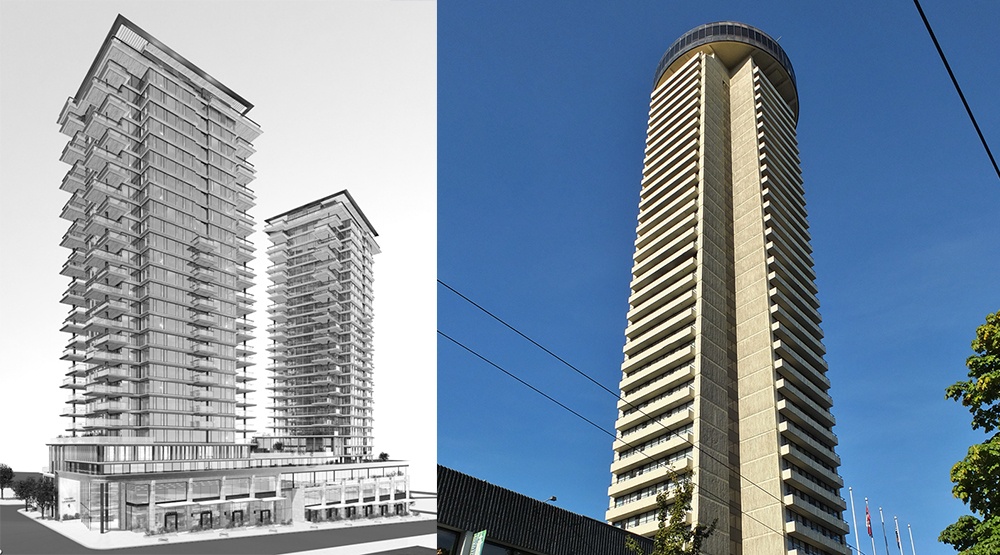