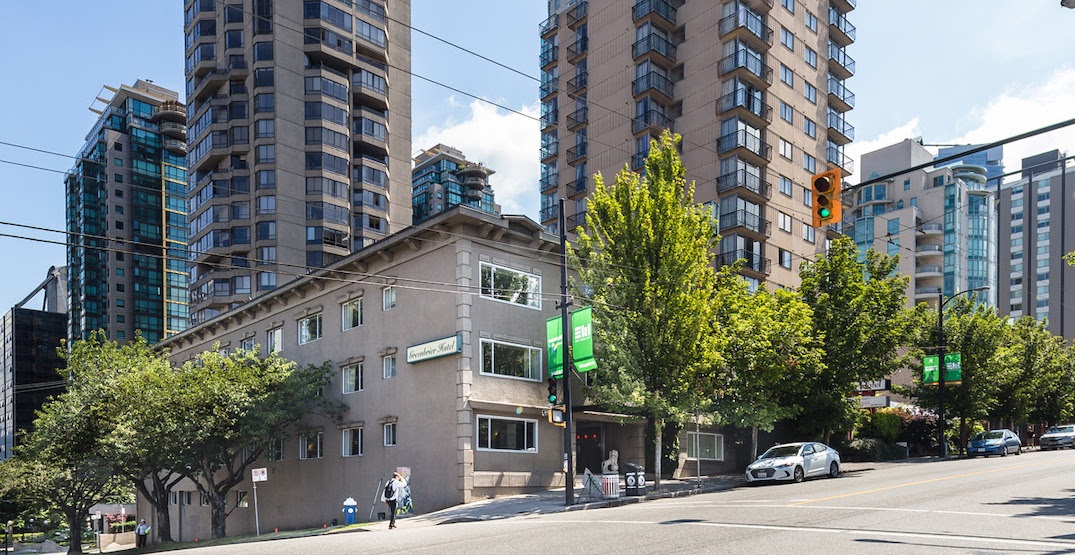 The old Greenbrier Hotel building, located on the northeast corner of Robson Street and Broughton Street in downtown Vancouver’s West End district is up for sale.

A new listing by the Goodman Commercial for the 1956-built, three-storey property at 1393 Robson Street — an 8,700-sq-ft lot diagonally across from the now-demolished Empire Landmark Hotel — indicates the site has immense redevelopment potential. 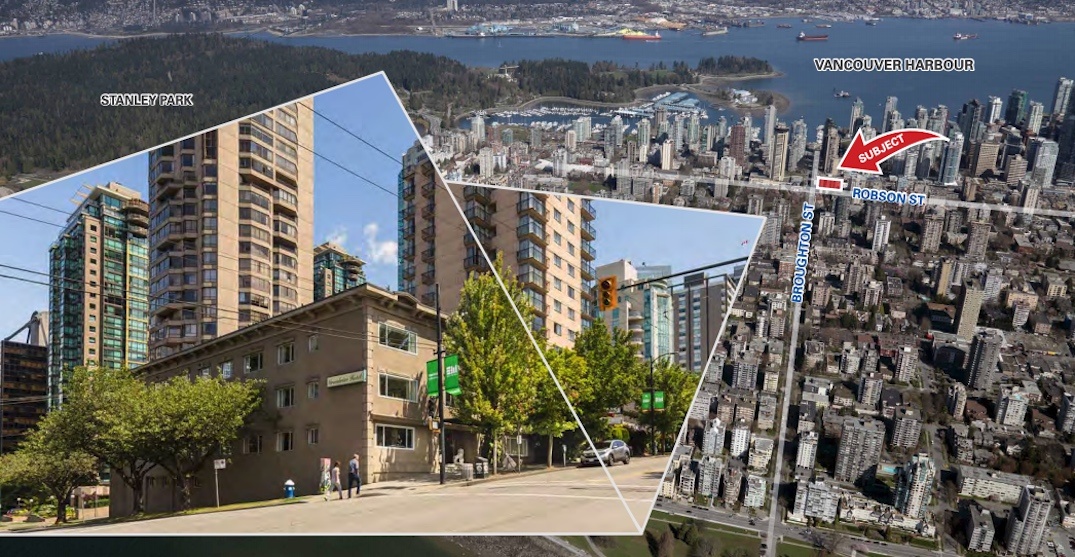 The property is currently operated as a hotel with 33 suites, and there is an opportunity to renovate the building into a higher-end luxury offering.

But according to the city’s West End Community Plan (WECP), the site can be turned into a mixed-use development of up to 300 ft in height with a total floor area of up to 209,000 sq. ft., based on the maximum allowable floor space ratio (FSR) density of 8.75 times the size of the lot.

Additionally, the listing highlights the opportunity of a larger redevelopment by including a land assembly with Tropicana Suite Hotel, the adjacent property to the east at 1361 Robson Street — a 1965-built, 15-storey hotel that has a Stepho’s Souvlaki Greek Taverna location at its base. This property also shares the same FSR density allowances.

According to the latest property value assessments, the Greenbrier Hotel has an assessed value of $37.4 million, while the Tropicana Suite Hotel is worth $62.4 million.

Across the street, top-down demolition of the Empire Landmark Hotel reached ground level earlier this summer, and the southeast corner of the intersection — the former site of Robsonstrasse Hotel & Suites — is slated for a mid-rise commercial redevelopment.