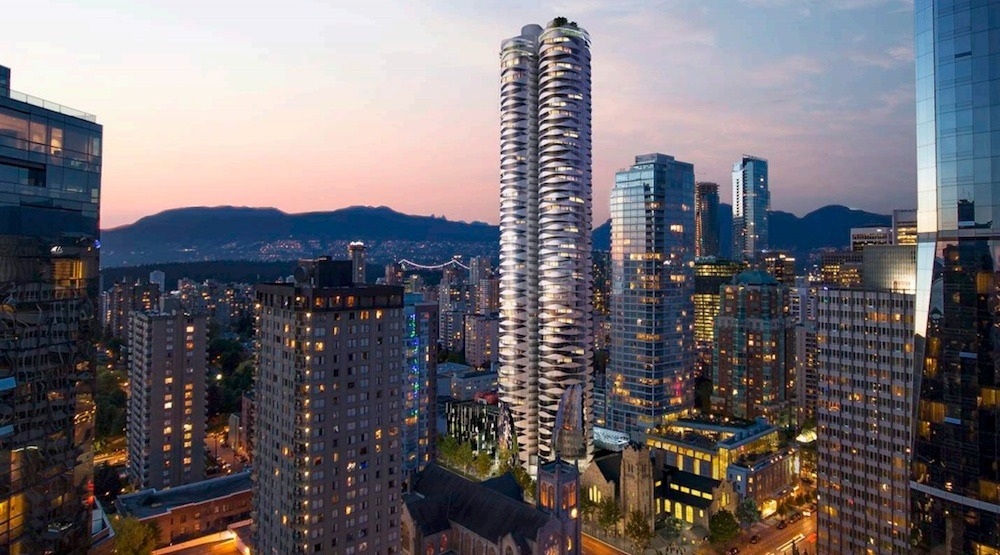 Artistic rendering of the tower from the Sheraton One Wall Centre. (Bing Thom Architects / Westbank)

A new tower approved for downtown Vancouver’s West End will not only set a new benchmark for architectural excellence in the city but also change the shape of the city skyline.

The project calls for a 56-storey tower with 331 market residential units and a seven-storey podium building with 61 units of social housing on a vacant parking lot next to the historic church building. 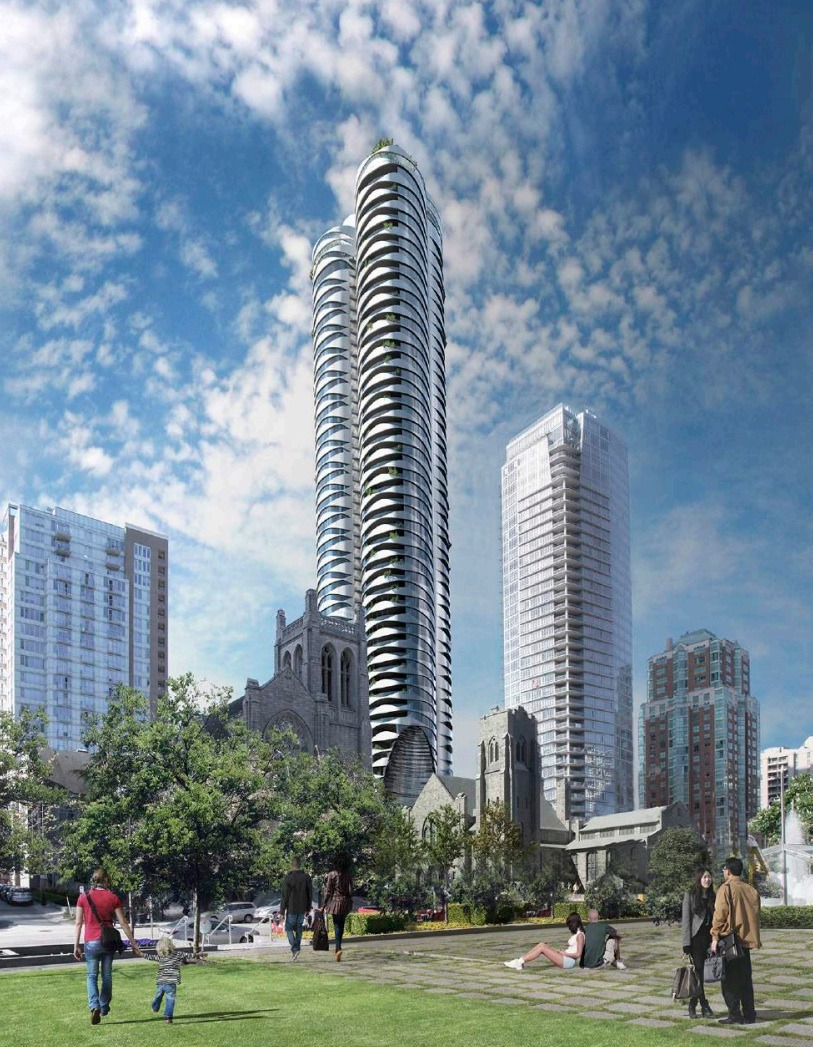 View of the proposed tower from the Sheraton One Wall Centre across Burrard Street. (Bing Thom Architects / Westbank)

Artistic rendering of the entire development, with the social housing building on the left, the tower in the middle, and the heritage church on the right. (Bing Thom Architects / Westbank)

With a height of 556 ft, it will be the third tallest building in the city, just behind the Shangri-La Vancouver Hotel and Trump International Hotel & Tower Vancouver, and will even appear taller than it actually is in the skyline because of the site’s high elevation about 120 ft above sea level.

The church partnered with local developer Westbank and the namesake architectural firm of Bing Thom, who suddenly died last fall.

In exchange for developing its vacant parking site, the developer will restore and seismically upgrade the 1911-built stone church building and expand the congregation’s spaces to better serve its own community and the community at-large.

There will be 45,000-sq-ft of new church ancillary spaces such as a 37-space child daycare, a gymnasium, a counselling centre, church offices, and a cafe.

One of the amenities that residents will have access to will be a long two-lane, glass-roofed swimming pool built into the third floor of the tower facing the laneway. 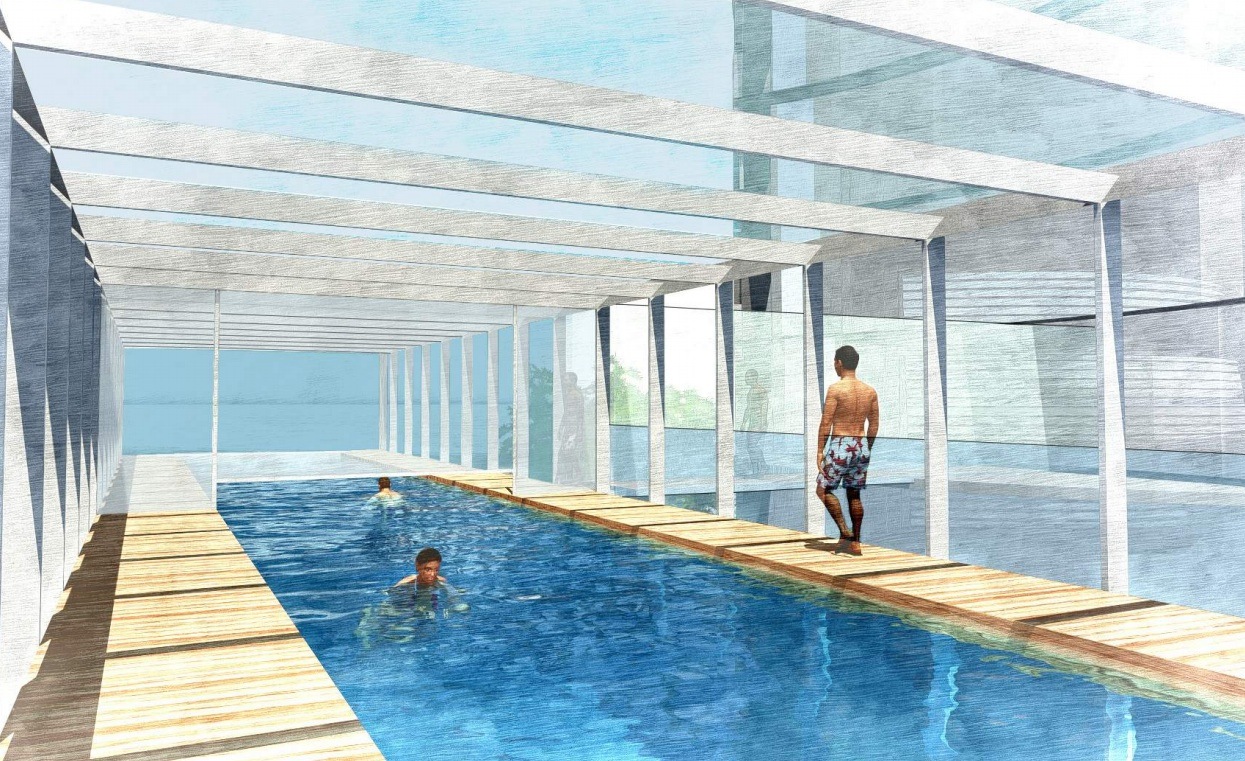 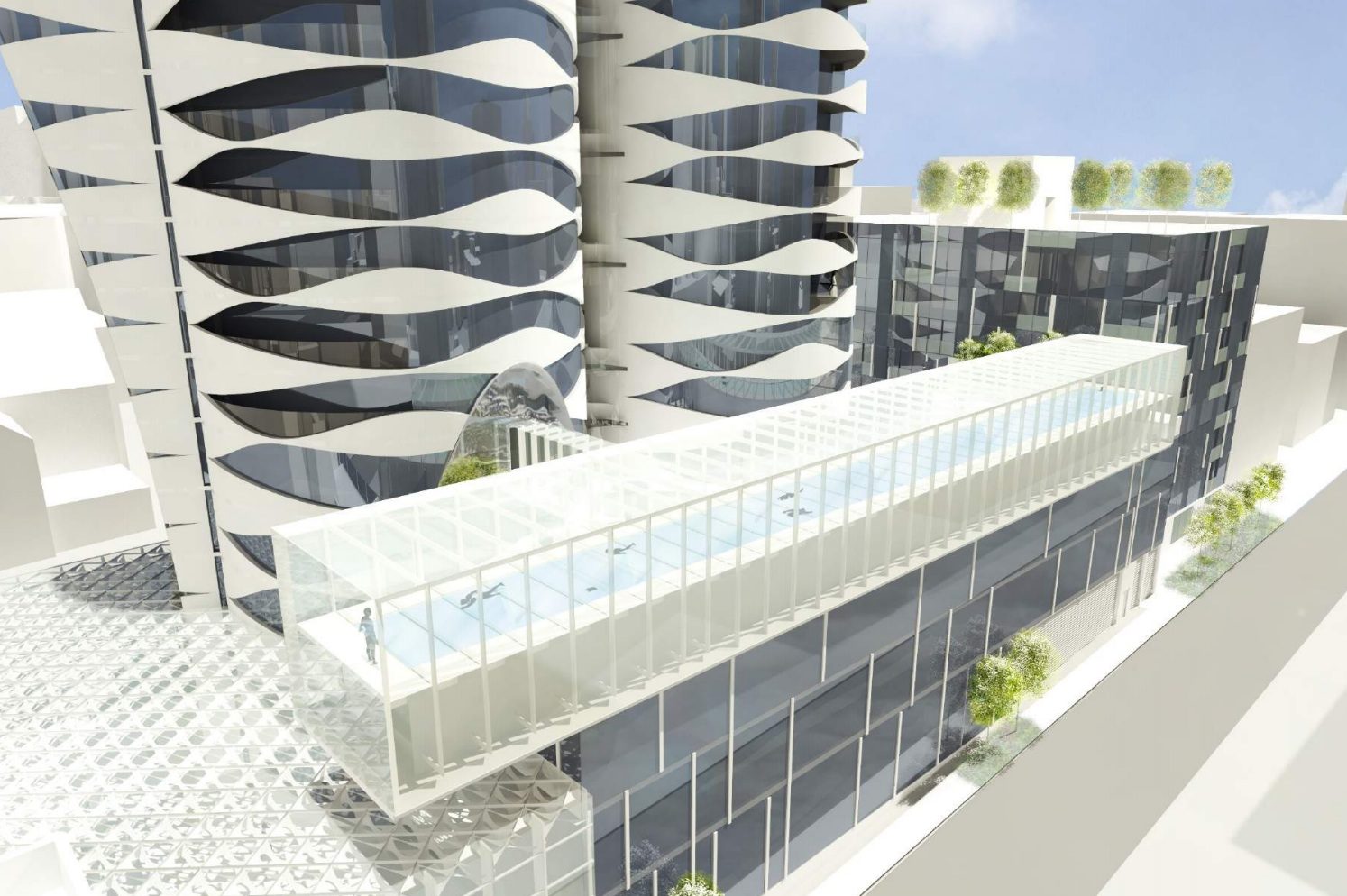 But the most interesting aspect of this project revolves around its unique design as it has a contemporary flair that the city has never seen.

The form of the tower takes inspiration from church pipe organs, and there will be open common gardens on each level to provide opportunities for residents to interact with their neighbours. 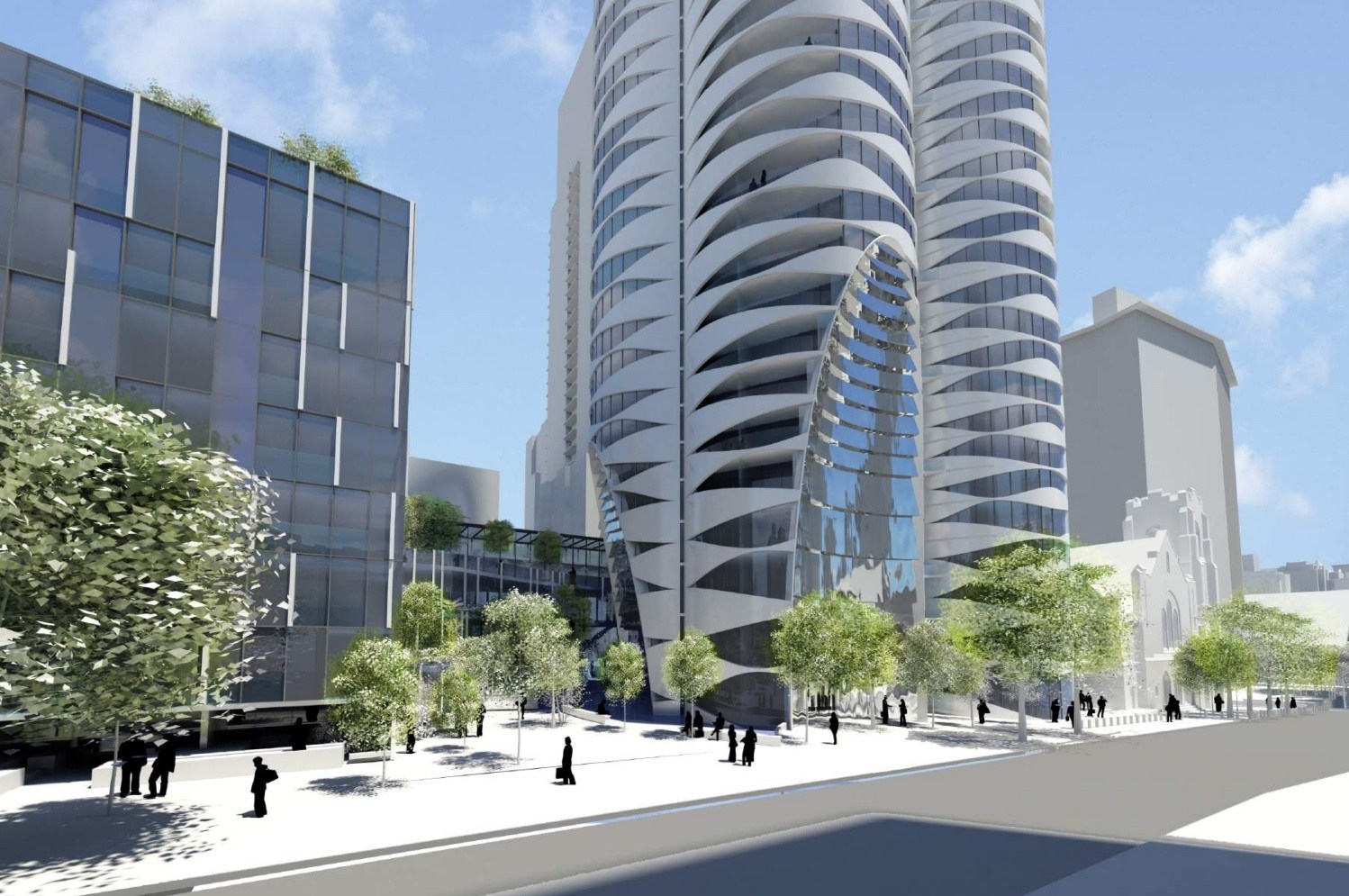 Another major aspect of the project is the immense scale of its Community Amenity Contributions (CACs).

About $91 million on CACs will be spent by the developers, including social housing, an in-kind value of $21.7 million for the renovation of the historic church, and a $65-million cash contribution to the City of Vancouver to fund West End strategic priorities such as community facilities, public spaces, childcare, and affordable housing. 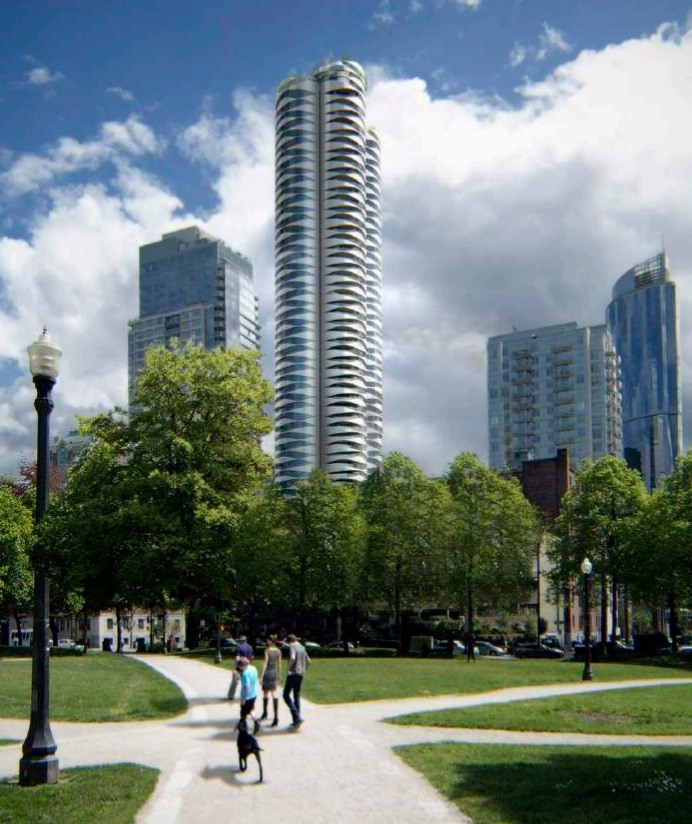 Now that the project has been approved, construction is scheduled to begin in May 2018 for a completion in late 2022.

The project falls within height restrictions and densities of City Council’s West End Community Plan, which calls for taller towers along Burrard Street, and abides with the View Cone Policy. 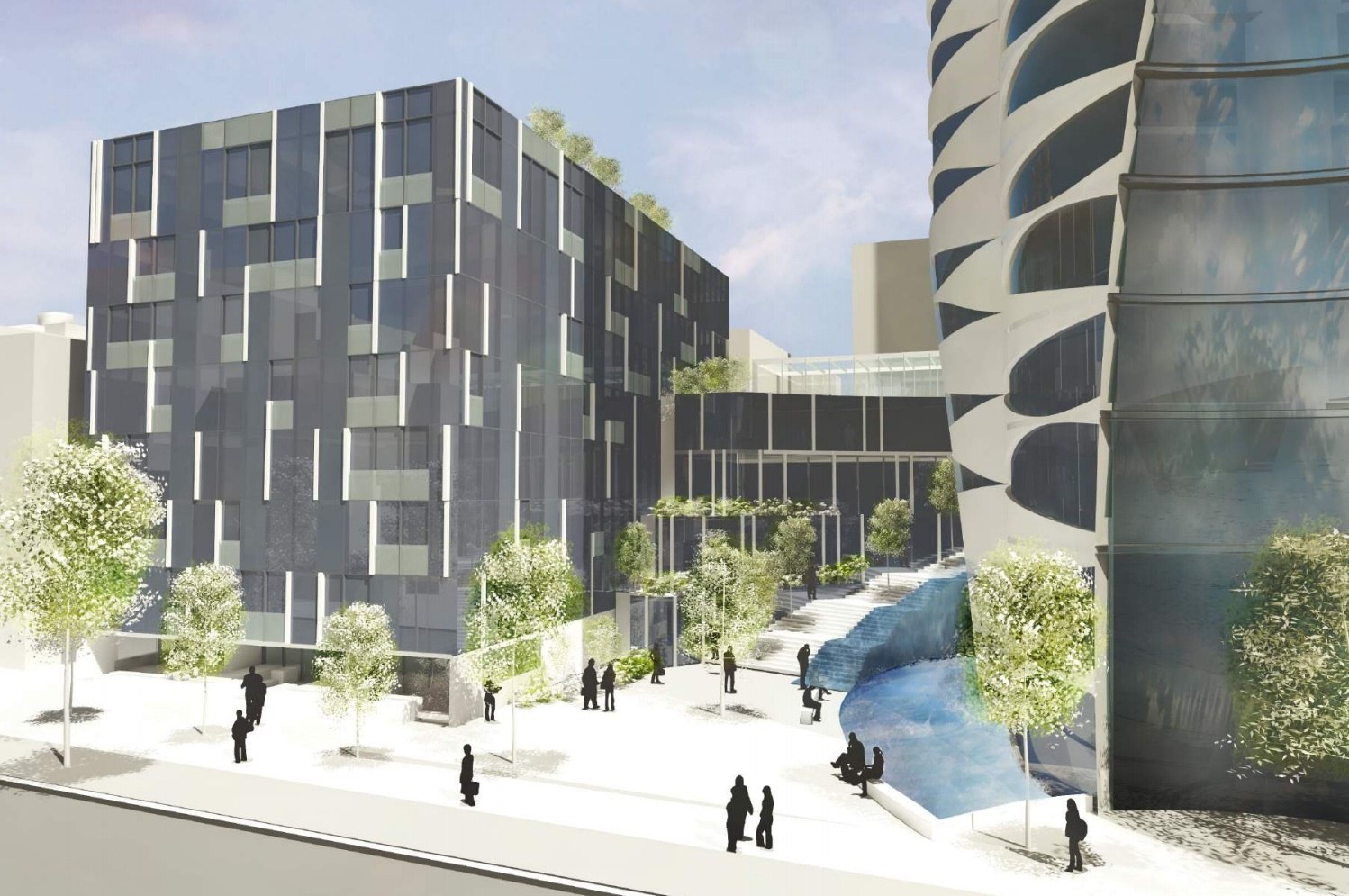