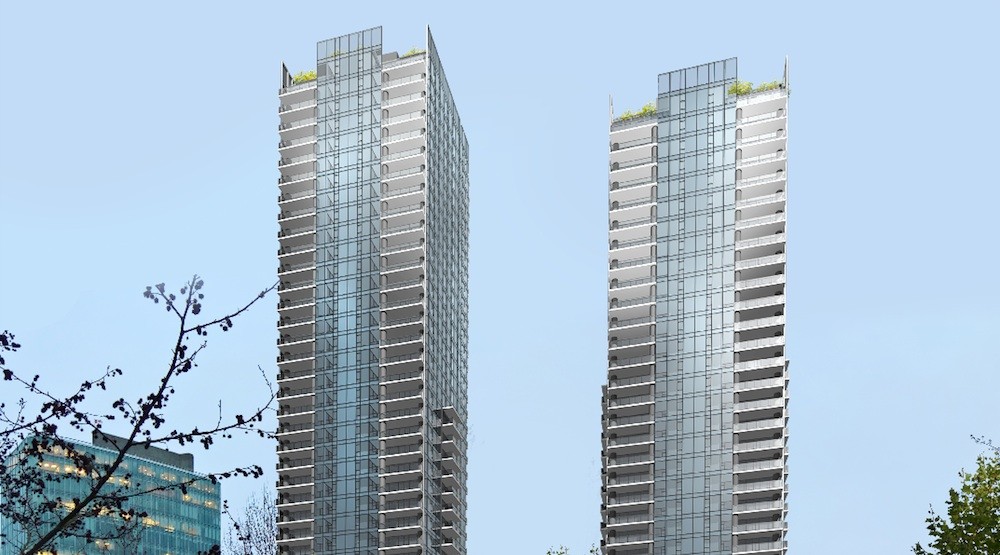 White Spot Restaurant’s sprawling site on West Georgia Street in downtown Vancouver’s West End district could be redeveloped into a new residential project, cementing the area as a hotspot for some of the city’s largest tower developments in recent years. 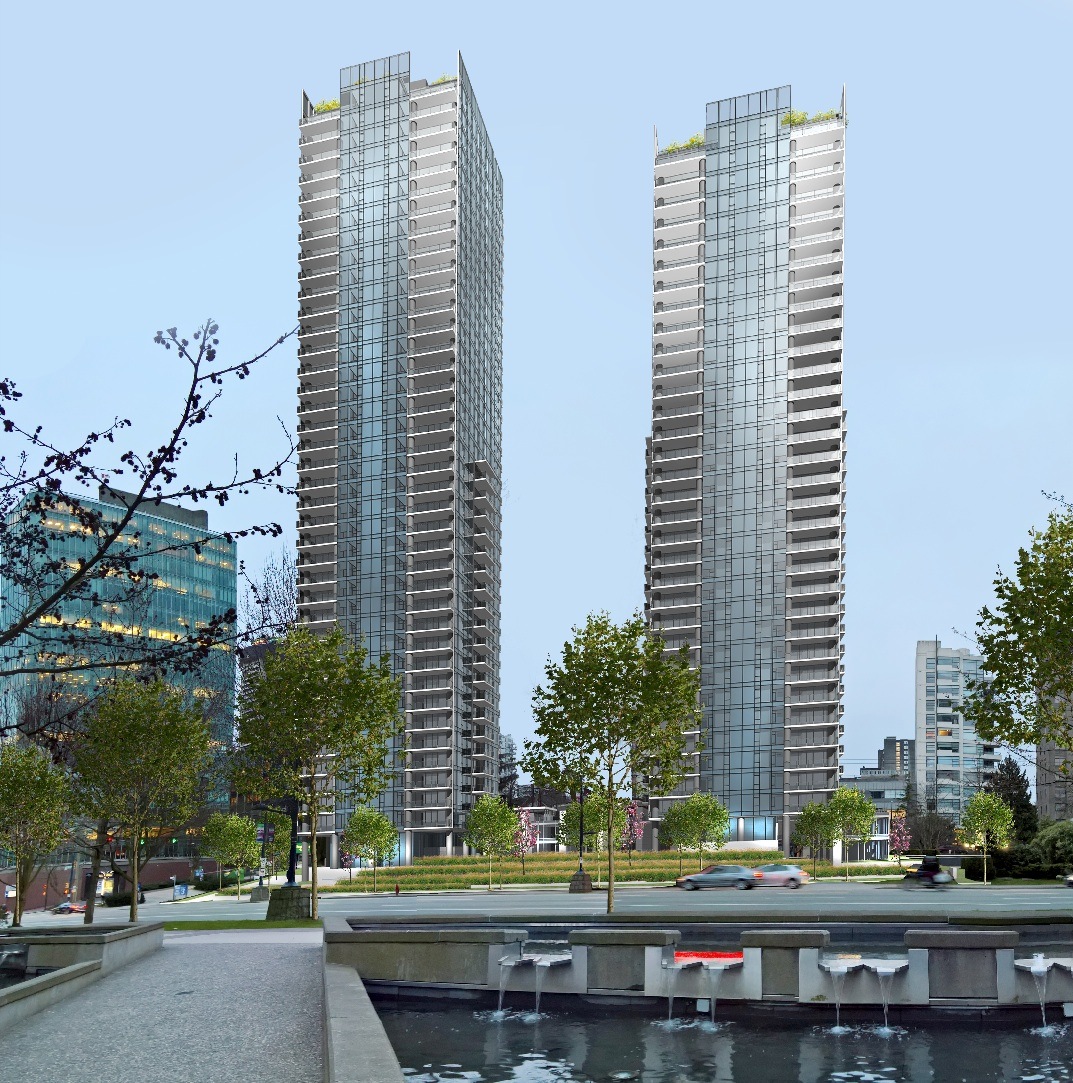 Initial proposal and architectural design details provided by the proponents to Daily Hive show that the tower heights will reach 384 ft and 327 ft, with a two-storey podium in between the towers consisting of townhouses.

Artistic rendering of the proposed development from the intersection of West Georgia Street and Cardero Street. (IBI Group / Shato Holdings)

There will be 350 residential units, including 274 units suitable for families with two or more bedrooms, and 389 units of car parking within five underground levels.

No commercial space is planned for the project; it remains to be seen whether White Spot will open a new location nearby as it did following the closure of its other West Georgia Street location for the construction of TELUS Garden.

A formal rezoning application to the municipal government has yet to be submitted.

Shato Holdings is owned by BC’s Toigo family, which is also known for their ownership of the Vancouver Giants. 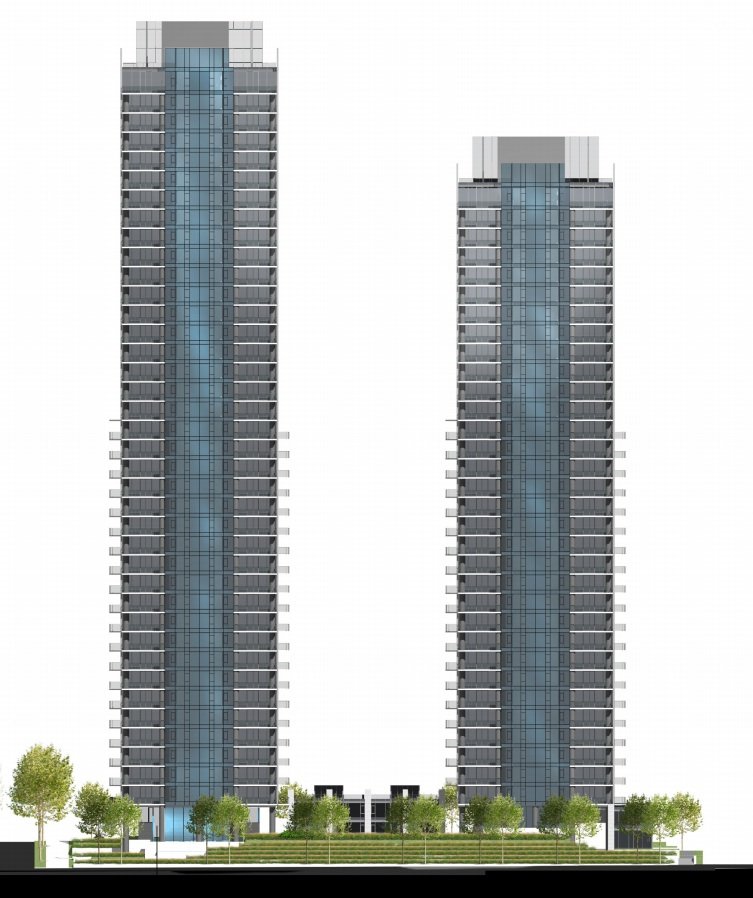 The redevelopment of the site is inevitable given that it is significantly under-utilized for its location in Canada’s most expensive neighbourhood.

The proposed project will occupy two-thirds of the city block framed by West Georgia Street to the north, Cardero Street to the east, Alberni Street to the south, and the now-closed Chevron gas station to the west.

Yellow highlights the proposed development site, which includes White Spot. Another tower will also replace the Chevron gas station on the opposite end of the city block. (IBI Group / Shato Holdings)

According to the latest property assessments by BC Assessment, the four properties that encompass Shato Holdings’ development site have an assessed value of over $87 million.

But the real market value of the site is certainly much more, which is most evident with this year’s $72-million sale of the one-third block site that Chevron occupied. The gas station will also be redeveloped into a residential tower. 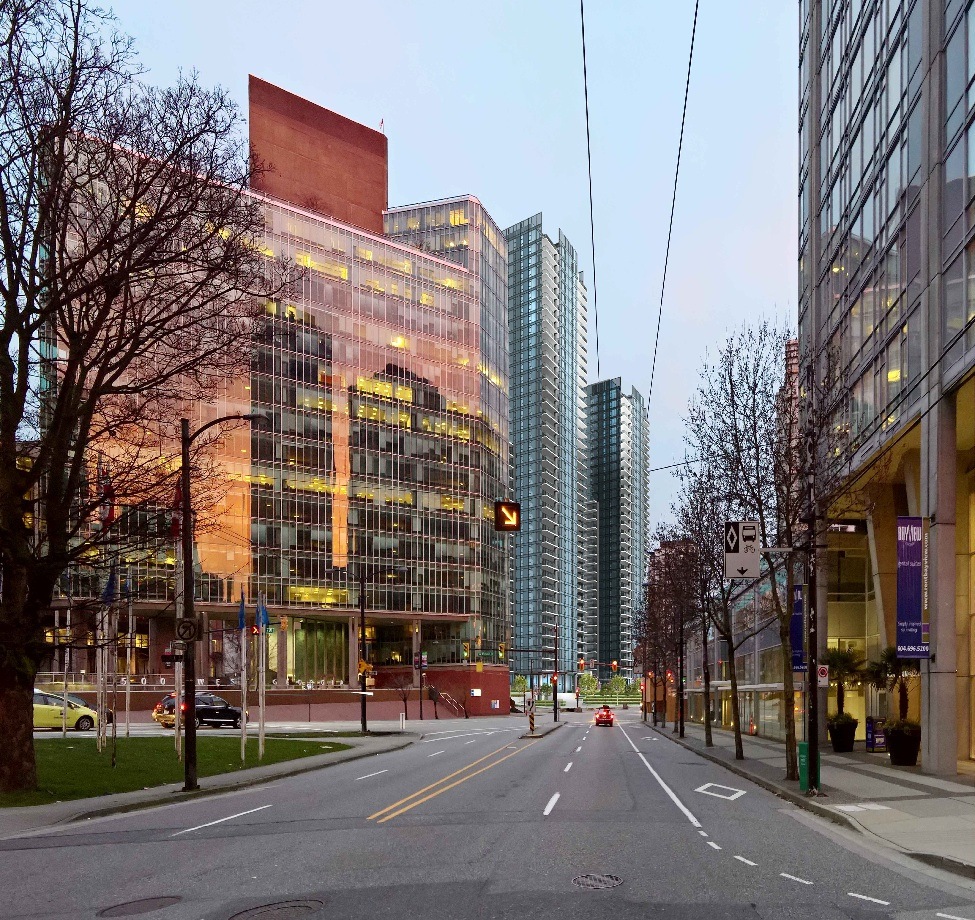 Artistic rendering of the proposed development showing a view of the towers from the intersection of West Pender Street and Nicola Street. (IBI Group / Shato Holdings)

Four other towers are already planned or approved for the area around the Coal Harbour/West End intersection of West Georgia Street and Cardero Street.

The nearby Westin Bayshore Hotel could also be partially redeveloped with additional residential and hotel towers on its site after it was acquired by Concord Pacific for nearly $300 million in 2015. 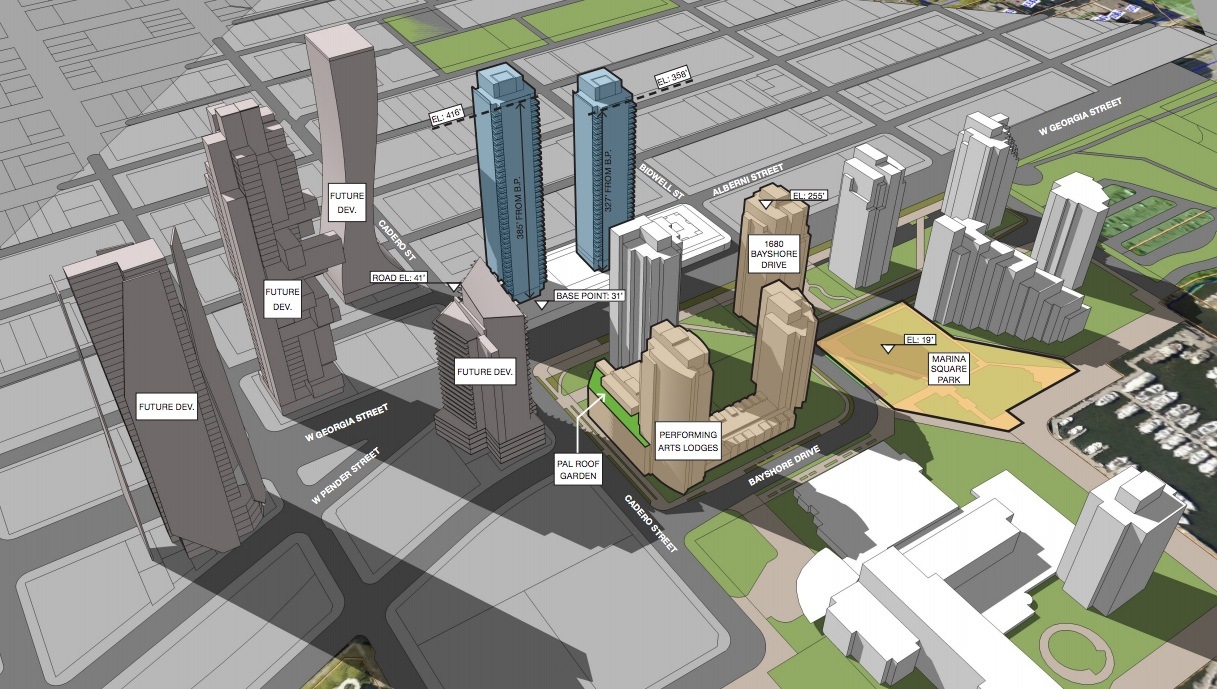 Map showing all the proposed or approved developments in the area. The blue towers highlight the White Spot redevelopment. (IBI Group / Shato Holdings)