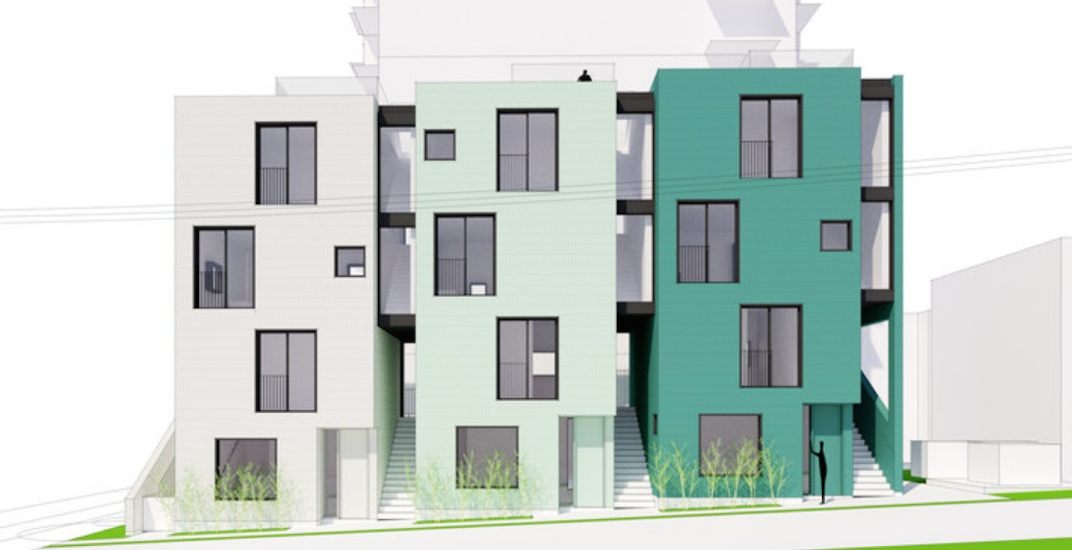 Although this project in downtown Vancouver’s West End neighbourhood is small in size, it stands out for its unique use of ground-level parking space to create infill laneway housing. 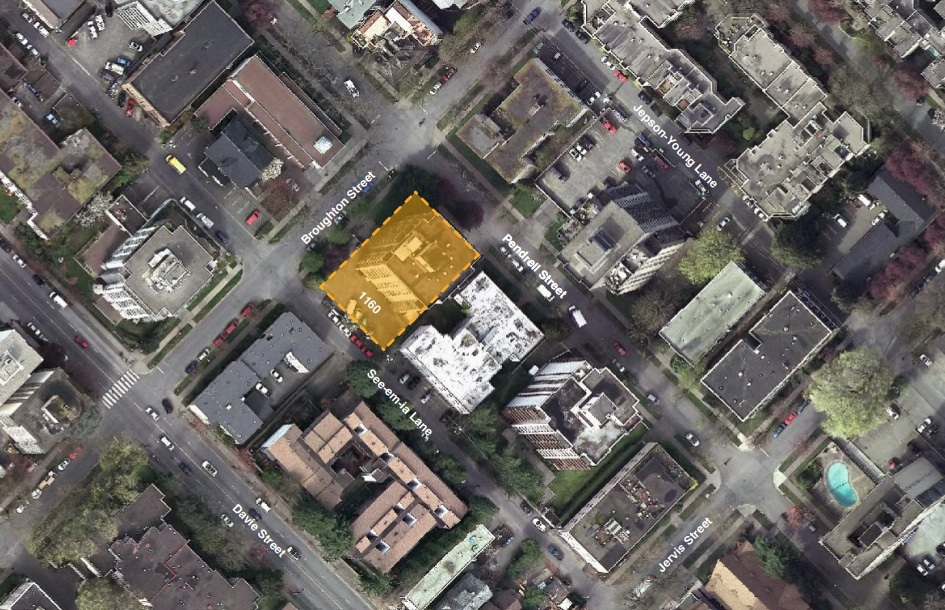 The new building’s massing is divided into three modular bays, with recessed entries at the ground level to provide a visual break. As well, each bay is coloured differently to provide an “individual character” along the frontage of the building.

“The form and character of the proposed infill is decidedly modern and simple,” reads the architect’s design rationale. “The clear massing is indicative of its use – six dwellings divided into three stacked townhomes – connected by covered exterior exit stairs.”

A new landscaped courtyard amenity space will be created between the new infill building and the existing 1969-built residential building on the property. Residents of the top units will also have access to rooftop decks. 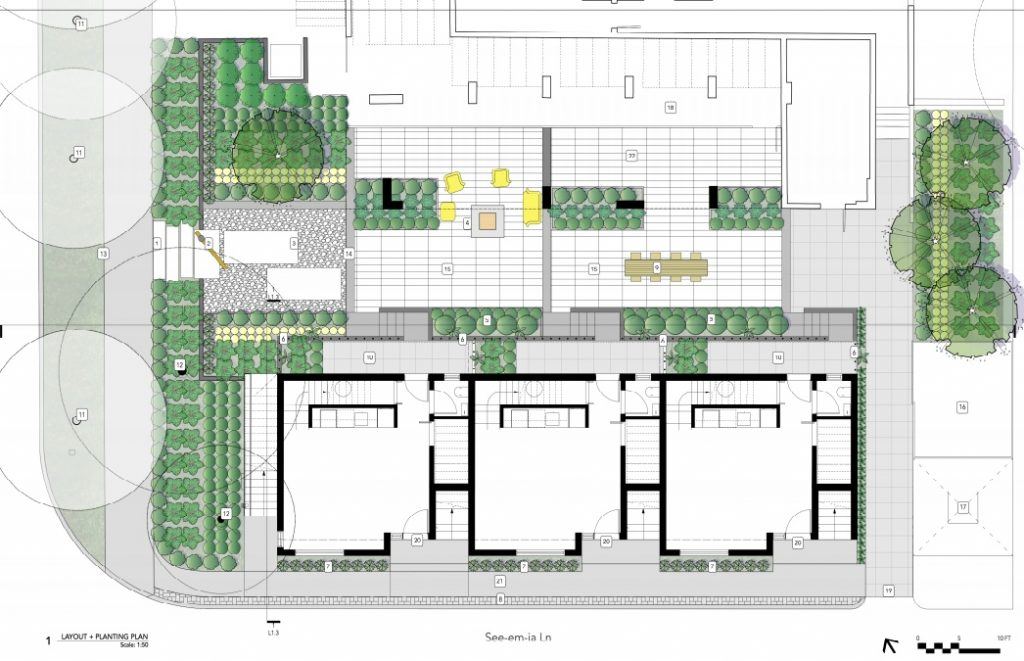 Alterations will be made to the existing building’s underground parking to create 26 additional parking stalls and 35 bike parking stalls.

Altogether, the new addition to the property will have a total floor area of 6,623 sq. ft. This type of project and its location is permitted under the City’s West End Community Plan.

“The proposed infill development exists on an under-utilized frontage to the lane,” reads the project’s objectives.

“The proposed building is a sensitive and creative design that focuses on creating a neighbourly relationship with the existing building and public realm. The proposal takes advantage of the allowable development strip to increase the quality of the pedestrian route at the public realm at the lane, while at the same time ensuring that it supports necessary service functions.”

The project is adjacent to Marcon Developments’ two-tower Mirabel redevelopment with 149 homes.