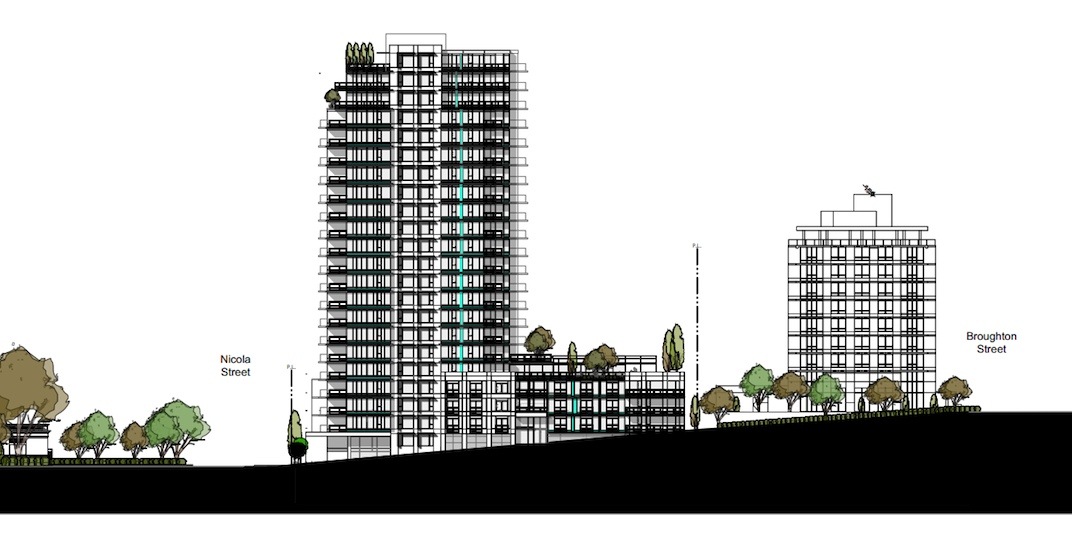 Another major residential development is being eyed for the Davie Street Corridor in downtown Vancouver’s West End neighbourhood.

Vivagrand Developments has submitted a development application to the City of Vancouver to develop 1485 Davie Street – the northeast corner of the intersection of Davie Street and Nicola Street, across the street from the Gabriola Mansion – into a 22-storey tower reaching a height of 190 feet.

The project will have 158 housing units, with 107 units for multi-family market strata and 51 units for social housing market rental. It replaces an existing complex on the site that has 51 rental units.

The market units will be located within the 22-storey tower at the lower western half of the site while the rental units will be at the base of the tower and within the same floors in an attached four-storey podium that extends from the tower to the eastern edge of the property.

Along the laneway, the project proposes a three-storey block of stacked rental townhouses, a driveway for the entry into the three-level underground parking lot with 198 parking stalls, and landscaping.

An amenity room is located on the fourth storey of the laneway townhouse block, and a secondary amenity space on the fifth floor of the east podium, which has a green roof, is dedicated to market suite residents.

Residents of the rental suites will also have access to a private L-shaped landscaped courtyard located between the townhouse block, the tower, and the Davie Street podium. 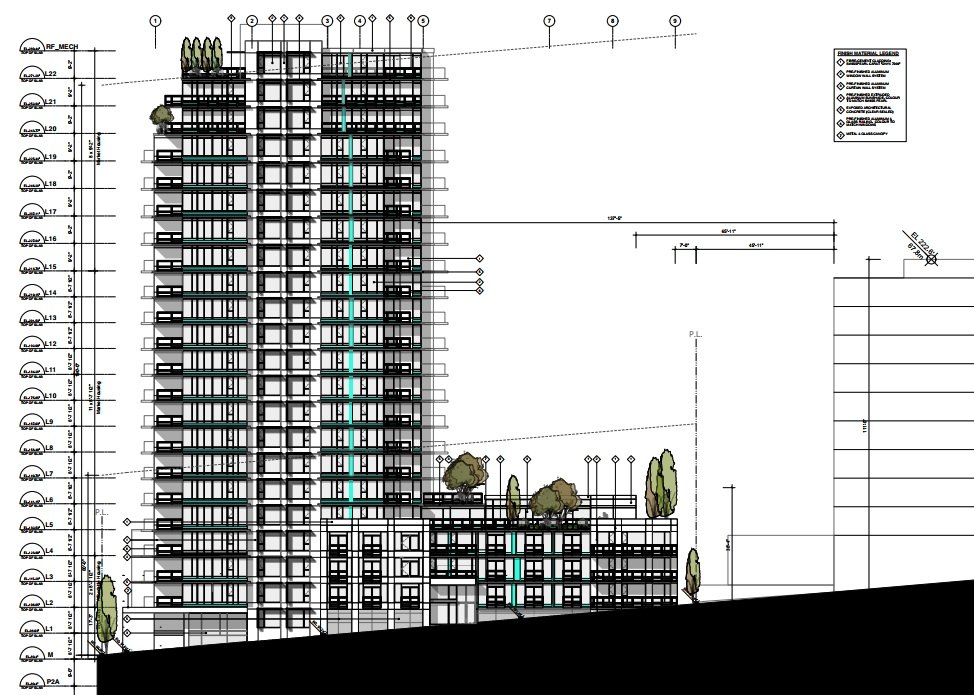 As for the development’s architecture, it calls for the standard use of transparent glazed walls behind open balconies and glazed living room spaces, which alternate with solid facade cement panelled walls.

There will also be a significant water feature surrounding the lobby of the tower on the Davie Street and Nicola Street sides.

Its developer, Vivagrand Developments, was also behind the Cambie Corridor’s Langara West, an upscale residential project that was cancelled over delays in the permit approval process.

It is the latest redevelopment along the Davie Street Corridor; a number of sizeable residential redevelopments planned for Corridor were spurred by the City’s West End Community Plan, which calls for more density along the neighbourhood, particularly along the arterial roads.