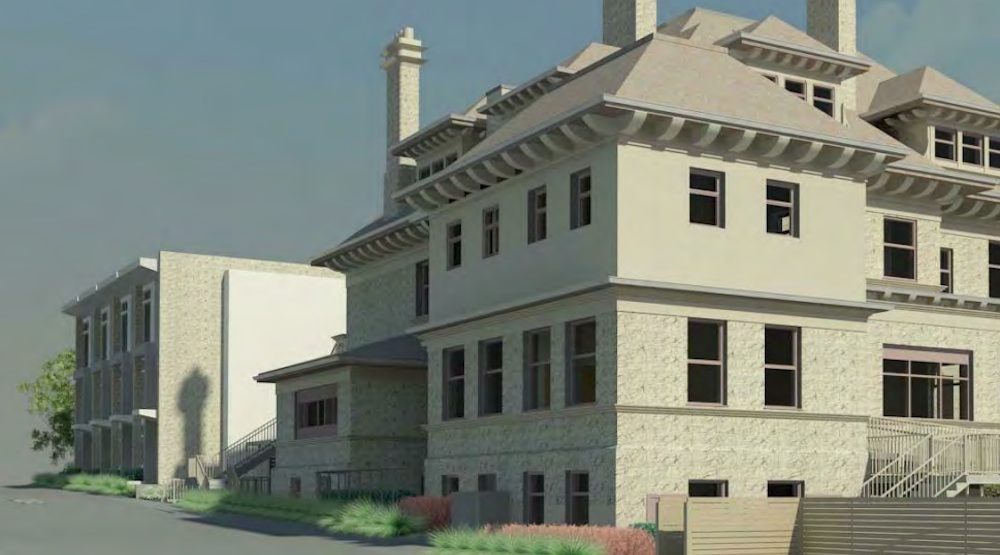 A rezoning application has been submitted to the City of Vancouver to preserve, restore and reconvert the 117-year-old, 17,300-square-foot mansion at 1523 Davie Street for residential uses.

“This is one of the very few remaining significant landmark heritage buildings located in the West End,” reads the design rationale by architect Timothy Ankenman. “This proposal will ensure the building and grounds are restored to their original splendour and optimize the buildings use. The proposed improvements and preserved interior character-defining elements will become property for perpetuity.

Exterior character-defining elements such as the decorative parapets on the roof that match the balustrades at the main entry porch and all stain glass windows will be restored. The existing driveway will be converted into an “inviting” pedestrian walkway restored with natural heritage pavers.

The interior will be subdivided into 16 apartment units, although significant interior heritage features, particularly areas that will become common spaces, will be preserved. This includes the main entry hall’s elements, the existing stone fireplace, the grand staircase, and the amenity billiards room.

As well, the northeastern corner of the mansion’s grounds along Nicola Street will be developed into a three-storey building with four rental townhouses. 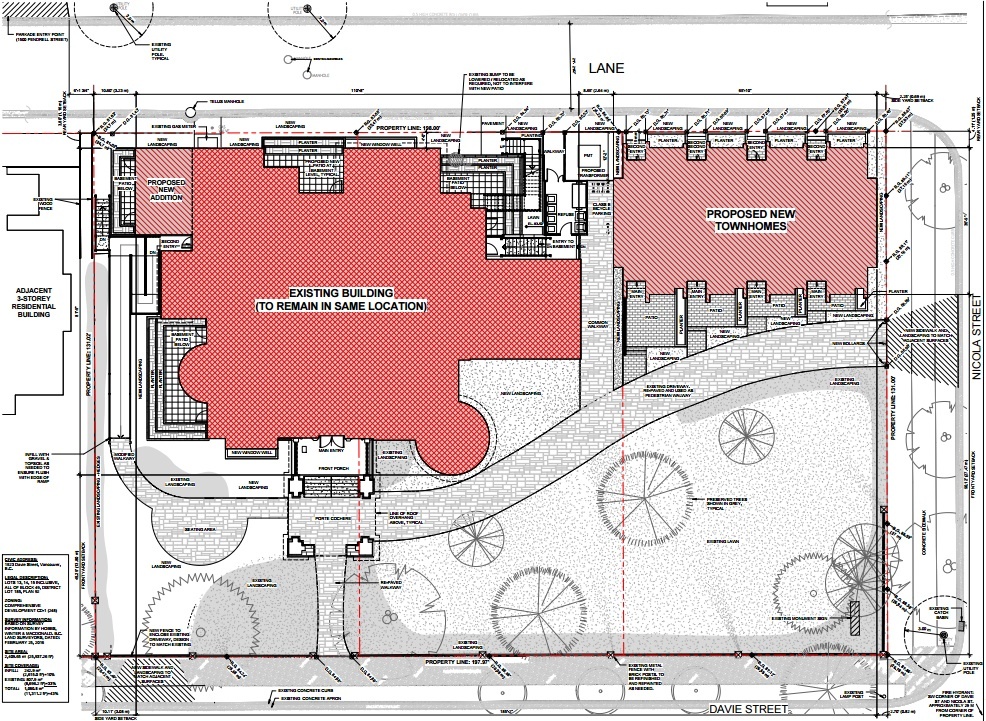 The mansion was converted into Hy’s Mansion, an upscale restaurant, in the 1970s before it became a location for Romano’s Macaroni Grill in 1994. The American casual dining restaurant chain vacated the property in 2008.

Then in 2015, the property was sold for $6.72 million with the intention of turning it into a rental residential project.

Last fall, the body of missing Japanese student Natsumi Kogawa was found on the mansion’s premises. 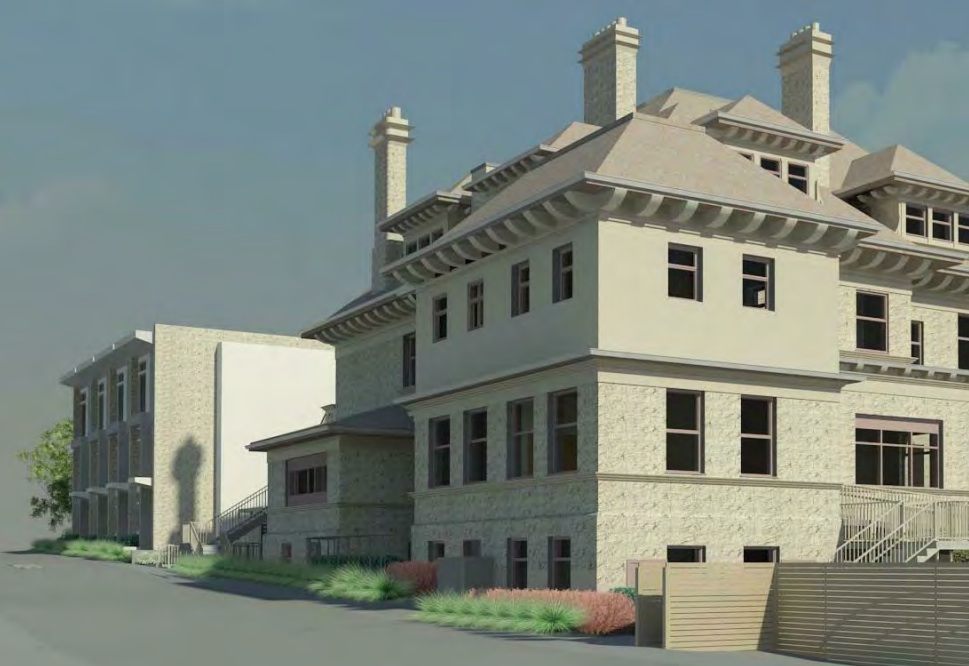 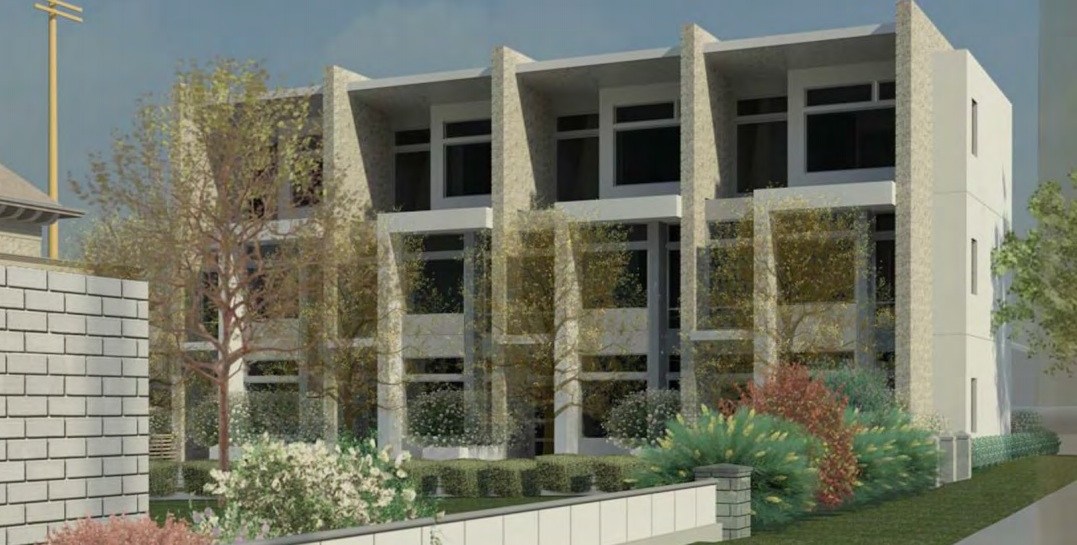