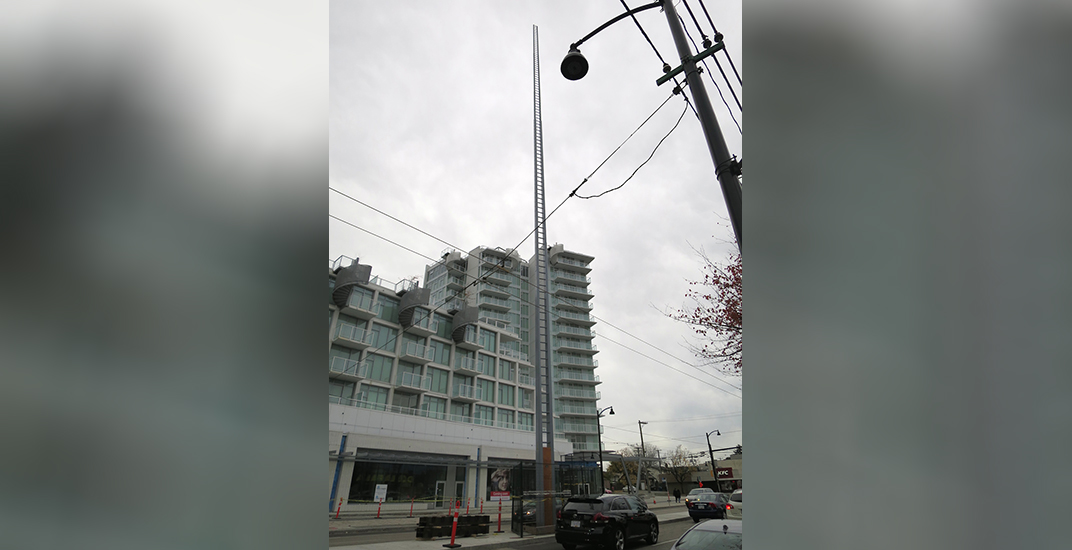 A new public art piece on the median of Kingsway, just east of Gladstone Street, in East Vancouver is causing passersby to turn their heads.

Earlier this month, Vancouver-based developer Westbank installed ‘108 Steps’ – a super-tall ladder designed by local artist Khan Lee. The developer funded the piece as part of its public art contribution for its Kensington Gardens mixed-use redevelopment, which is now nearing completion. 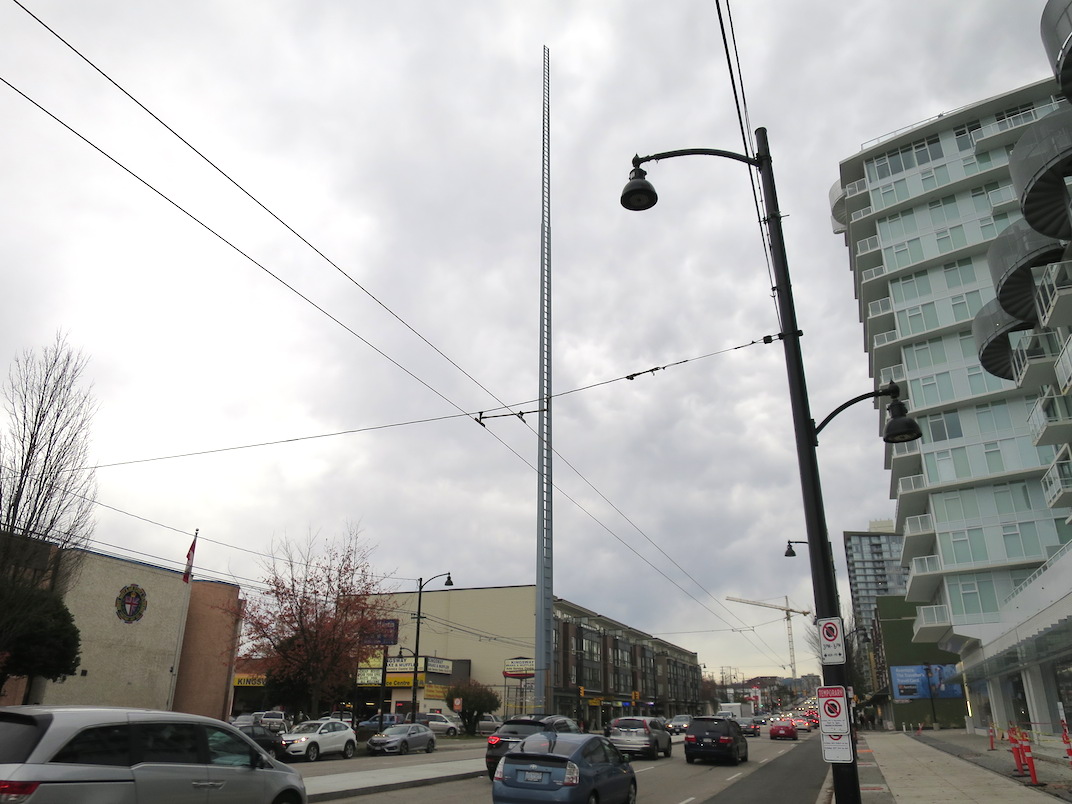 According to the developer, Lee’s 120-ft-tall design was chosen by a jury in 2014, with the 108 rungs referencing a direct correlation to Dharmic faiths where 108 is regarded as a “spiritual number.”

Construction crews are still working on finishing the ladder’s base, which will feature a plaque with wording that references how the ladder’s height and gravity is meant to be in direct relation to the new building. 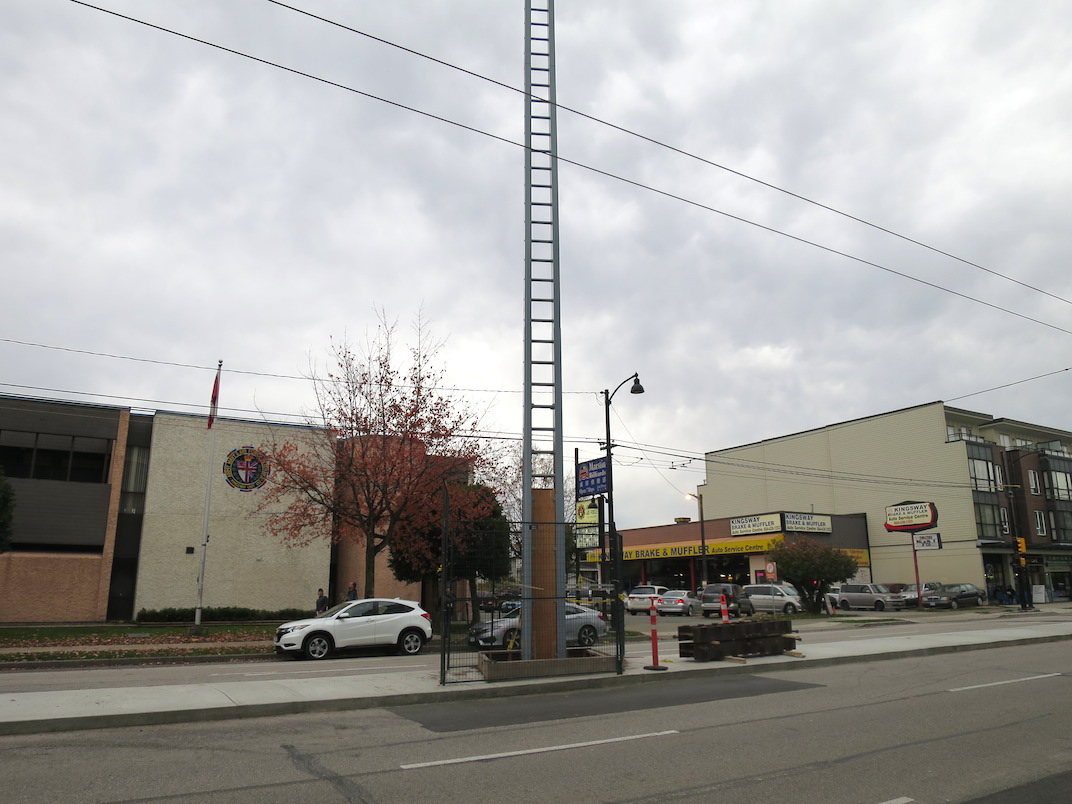 Kensington Gardens features 428 homes within three 17-storey towers, which are connected as a single complex by a multi-storey podium that contains a 33,000-sq-ft T&T Supermarket, restaurants, smaller retail businesses, and townhouses.

The T&T Supermarket is slated to open later this fall. 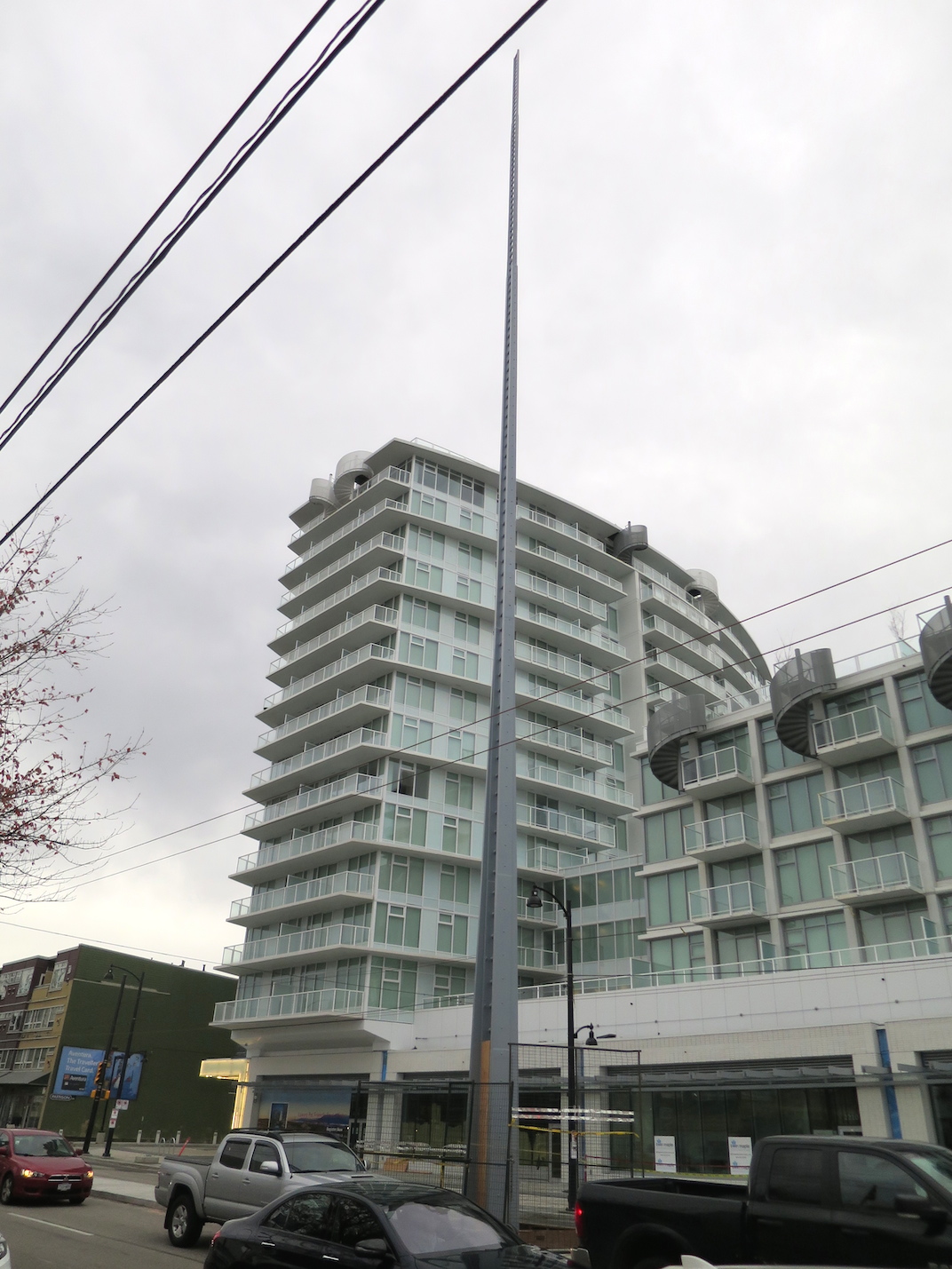