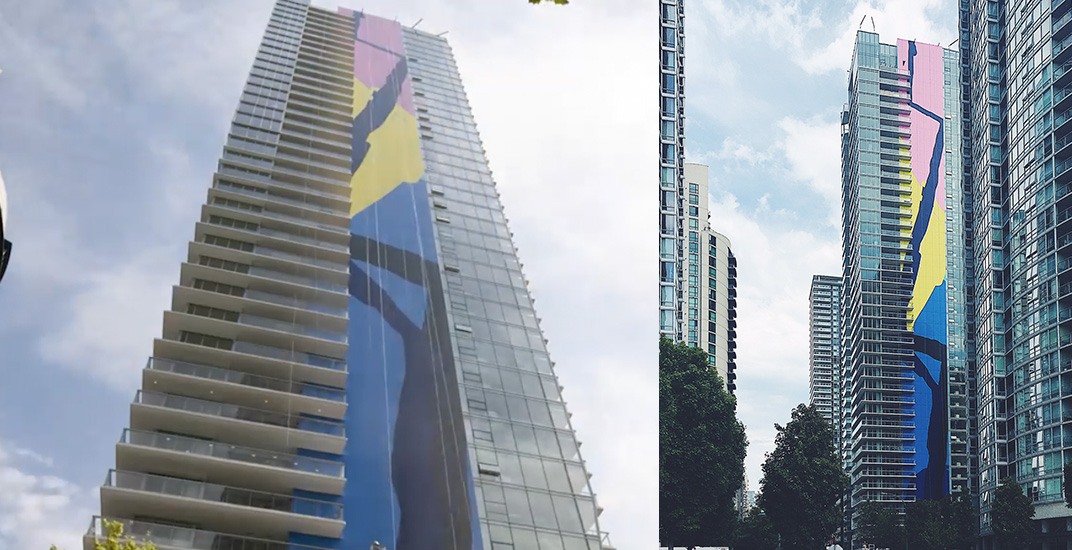 The 'Finger Paint' mural on the exterior of The Charleson tower. (Onni Group)

When it comes to the scale of public art, nothing quite beats a new piece that stretches the entire height of a recently completed tower in the Yaletown district of downtown Vancouver.

A blank south-facing concrete wall at The Charleson at 499 Pacific Street – the northeast corner of the intersection of Pacific Street and Richards Street – has been turned into a canvas for a giant mural, and its pop of colour spans from the base to the building’s very top 43rd floor. It is 30 ft wide and 416 ft high, making it the city’s tallest mural. 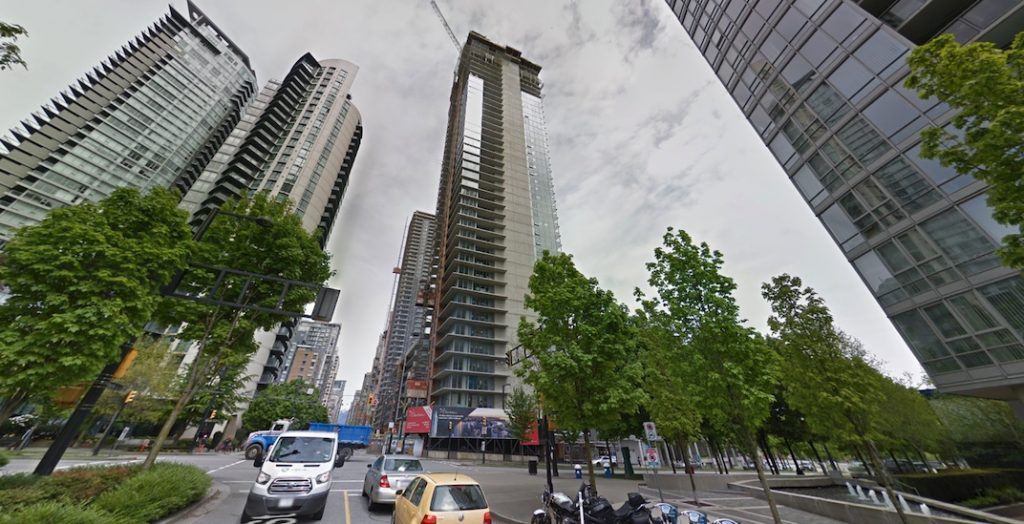 Exterior of The Charleson at 499 Pacific Street, Vancouver. (Google Maps) 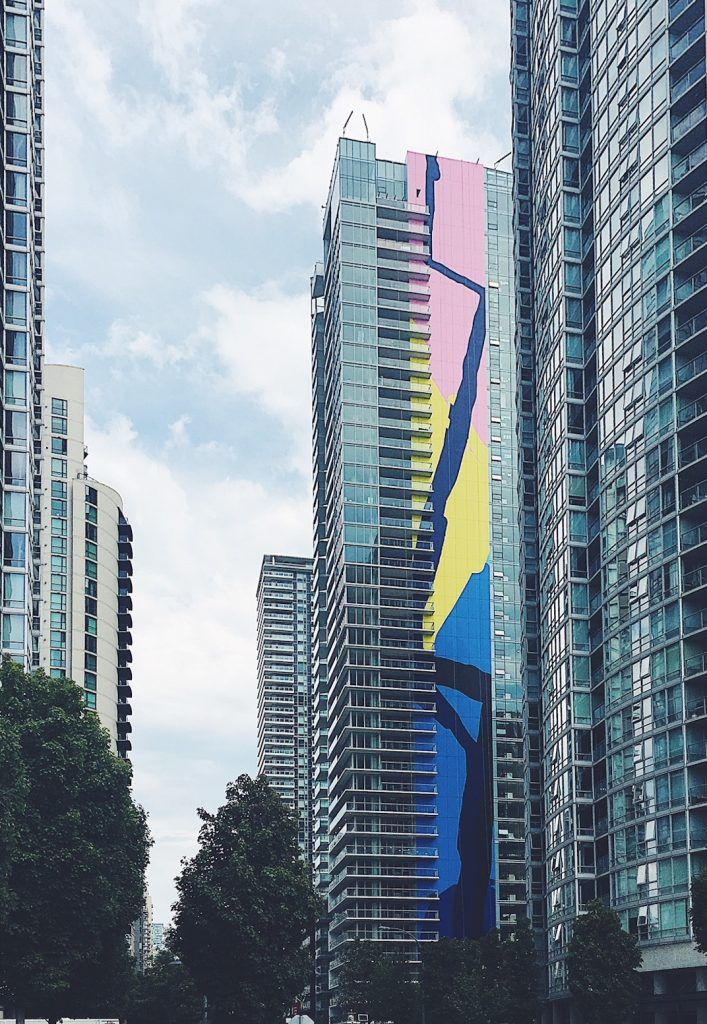 The ‘Finger Paint’ mural on the exterior of The Charleson tower. (Onni Group)

Dubbed ‘Finger Paint’, the mural is said to explore representation through digital and analog techniques, with the forms on the mural made by a finger on a touchpad, oscillating between marks, gestures, and solid shapes.

“Finger Paint brings together many contrasts, particularly one of scale: human to monumental, organic to grid, bright colour to that of grey and glass, and the contrast of solid to transparent surfaces,” said McIntosh. “To paint a building is to know and understand it in a different way.”

Time-lapse video of the installation of the mural:

This is the largest mural to be painted in the city since the 2014 painting of the mural on Ocean Concrete’s plant on Granville Island. Six concrete silos were turned into colourful ‘Giants’ by Os Gemeos, the world-renowned, Brazilian duo of identical twin brother artists.

“Public art plays a huge role in building communities. It starts conversations and is a place maker in neighbourhoods across our city,” said Acting Mayor and Vancouver City Councilor Raymond Louie.

“It is great seeing Elizabeth McIntosh’s public art piece ‘Finger Paint’ come to life downtown, adding a wonderful splash of colour to Yaletown. It’s great to see a local artist add so significantly to our skyline.”

The Charleson includes 130 market homes, 130 rental units, and a child care facility with a capacity for 37 kids.