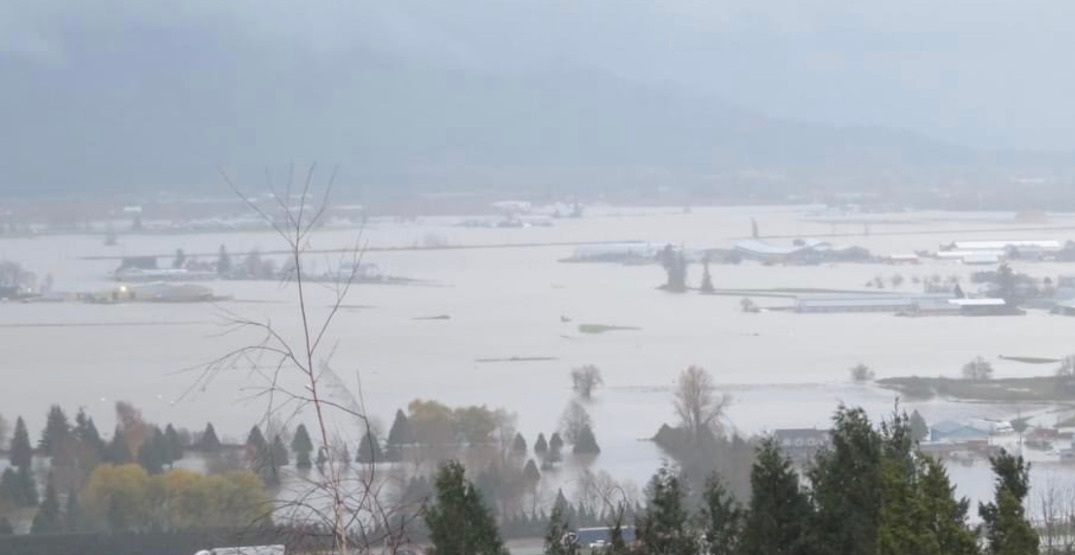 Sunday and Monday also accounted for the wettest days the province has ever seen in a 24-hour period for locations like Abbotsford and Chilliwack.

Heavy rains and winds rampaged many parts of the province, and according to Environment Canada, atmospheric rivers might just be the new normal if current climate conditions continue.

“So that is putting into context how anomalous this event was, and what’s also good to consider is what is consistent with climate change projections and how atmospheric rivers will become more potent and perhaps longer lasting than what we even saw this past weekend,” said Armel Castellan, a meteorologist with Environment Canada, during an Emergency Management BC press conference.

“Something to consider as we go forward in the next decades.”

#BCStorm (plural) have been unrelenting for over 2 months now. Here are the last 60days seen as a percentile: Purple = Exceptionally High. Weekend #AtmosphericRiver certainly bumped the values for all of southern BC. pic.twitter.com/TsnUarYLu9

There was a bit of positive news as well, with the forecast set to be a little bit brighter for the next little while.

“We are lucky we have a ridge building today, and we saw the sun for many locations.”

There are a few flurries expected at higher elevations.

Castellan mentioned there could possibly be a return to “fairly active weather” early next week, but he did not go into more detail.