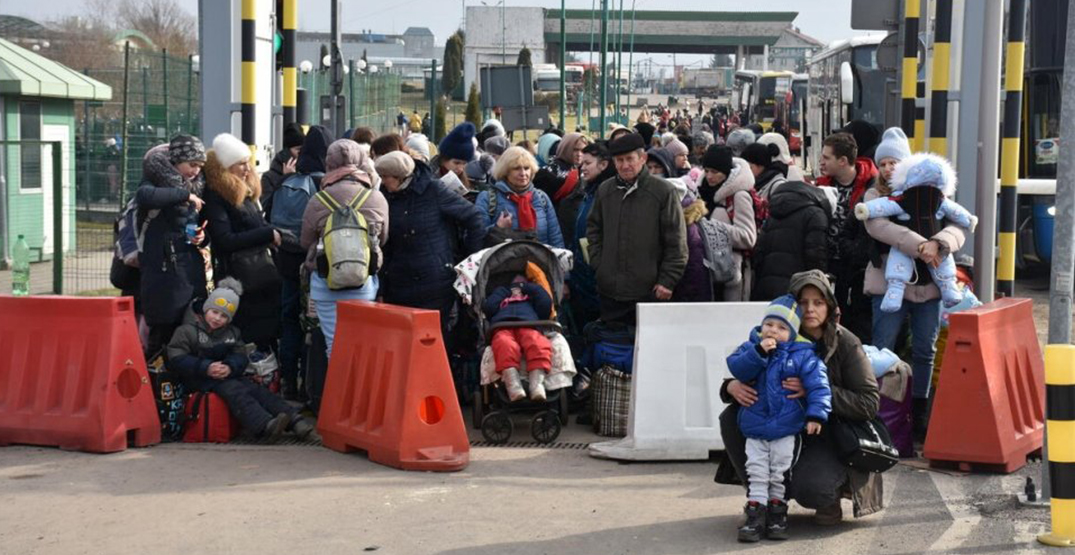 One million people have fled Ukraine in just seven days since Russia launched its invasion, a bleak milestone reported by the United Nations.

“Hour by hour, minute by minute, more people are fleeing the terrifying reality of violence,” said Grandi in a statement on Thursday. “Countless have been displaced inside the country.”

In just seven days we have witnessed the exodus of one million refugees from Ukraine to neighbouring countries.

For many millions more, inside Ukraine, it’s time for guns to fall silent, so that life-saving humanitarian assistance can be provided.

The amount of refugees from Ukraine is a little over 2% of the country’s total population, which is 44 million people, according to World Bank statistics from 2020.

According to the UNHCR, most have fled to Poland, Hungary, Moldova, Romania, Slovakia, and various other European countries.

The organization warns that millions more are likely to be forced to flee Ukraine if there isn’t an immediate end to the conflict.

The number of casualties for those who have stayed is already climbing. Earlier this week, Reuters reported that the civilian death toll in Ukraine has climbed past 2,000 due to the war.

Canada has been swift in its response to aid the humanitarian crisis in Ukraine. Last Thursday, after Russia officially launched its full-scale assault, the government announced that it would prioritize immigration applications for Ukrainians.

Earlier this week, the government pledged $100 million in humanitarian assistance, which includes emergency health services (including trauma care), protection, support to displaced populations, and essential life-saving services such as shelter, water and sanitation, and food.

Canada has also promised to match donations to the Canadian Red Cross Ukraine Humanitarian Crisis Appeal up to $10 million.

While Grandi says this show of solidarity internationally has been heartwarming, the main objective should still be to end the war.

“Nothing – nothing – can replace the need for the guns to be silenced; for dialogue and diplomacy to succeed. Peace is the only way to halt this tragedy,” he stated.

Here are a few more ways you can help from across the pond.