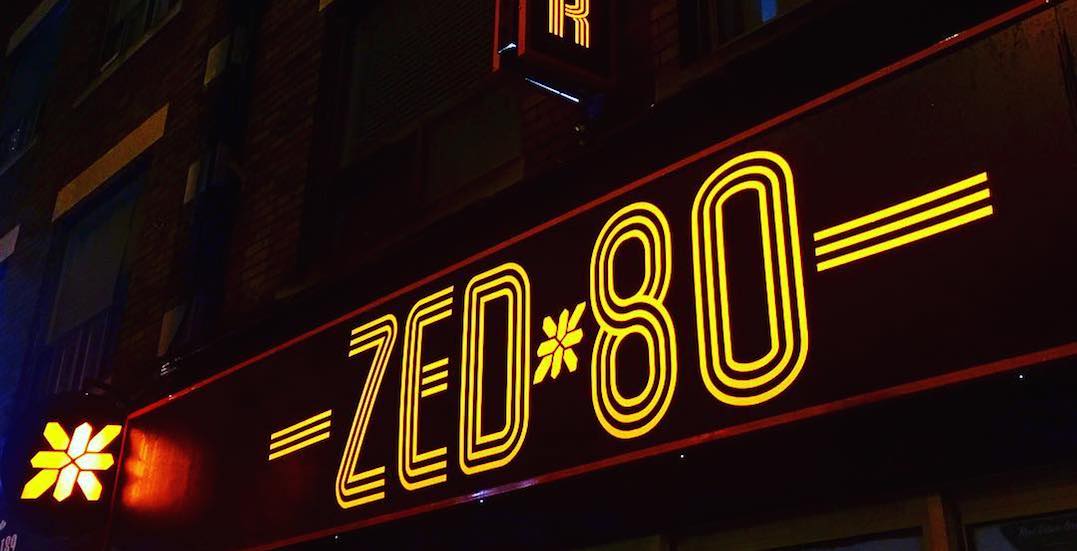 The folks who brought Toronto Tilt are welcoming a new arcade bar onto the scene.

And this one is going to be “a more mature, comfortable and relaxed iteration” of its predecessor.

Zed Eighty, with a name derived from the legendary Zilog, is going to offer a space with a focus on the broader artistic community its arcade bar genre-self is a part of.

The new spot is currently hiring for cooks, bartenders, security and management. So if you’ve always dreamed of combining food with arcade games in a professional setting… now is your chance to apply.

The menu looks like it’s going to be made-from-scratch fast food; hand-formed burgers, fresh cut fries, you know the drill.

The spot also plans to get “a bit creative,” with burger specials. And that’s very exiting.

When asked in an Instagram comment when they’ll be opening, Zed Eighty replied, “before the Maple Leafs win the cup…….”

But in all seriousness, they’re slated to open for the end of February or beginning of March.

Looks like it won’t be long before there’s another cozy, and fun hideaway on the Danforth.

Where: Coming to 189 Danforth Avenue