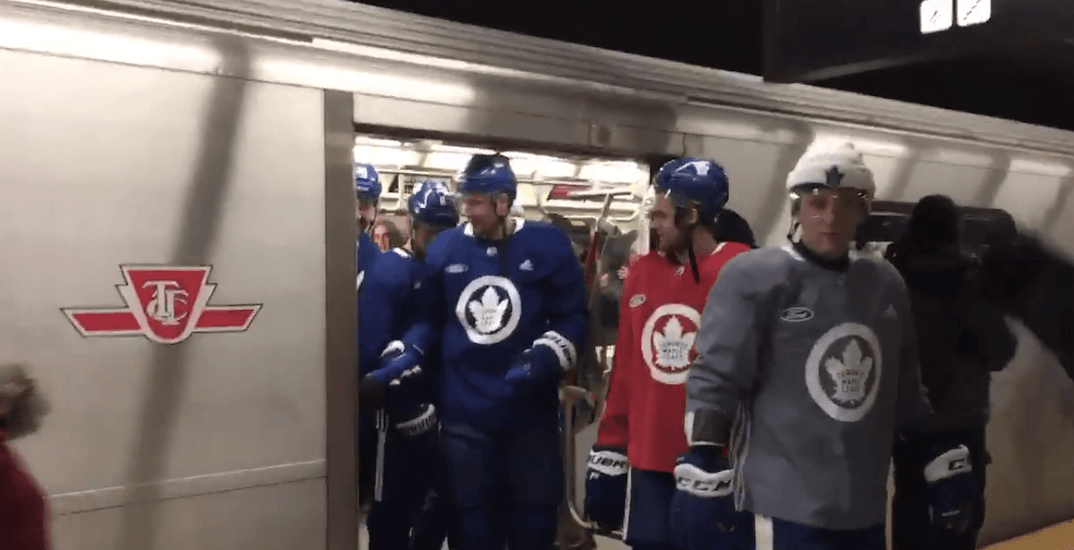 The Toronto Maple Leafs were scheduled to make their appearance at Nathan Phillips Square on Thursday for their outdoor practice, and they rode the rocket to get there.

The Leafs are hosting a public practice at Toronto’s most iconic outdoor rinks, and were set to hit the ice for noon.

And as they were in full gear, trying to head from Scotiabank Arena to the Queen Street rink, it looks like they decided to take public transit. The full team was shown heading into Union Station, and getting off at Queen to get to practice.

Imagine, just being on the Yonge-University line on the TTC, and just standing next to Auston Matthews in full gear.

Just a casual Thursday on the TTC…

And word has it (to most everyone’s surprise) they weren’t late.

And let’s be real, this is probably the first, and very last, time you’ll ever see Matthews on the TTC considering his recent contract.

Riding the rocket up to practice. #LeafsForever pic.twitter.com/sdxhqMYr1o

This is our stop. #LeafsForever pic.twitter.com/WHrnjCCCKk