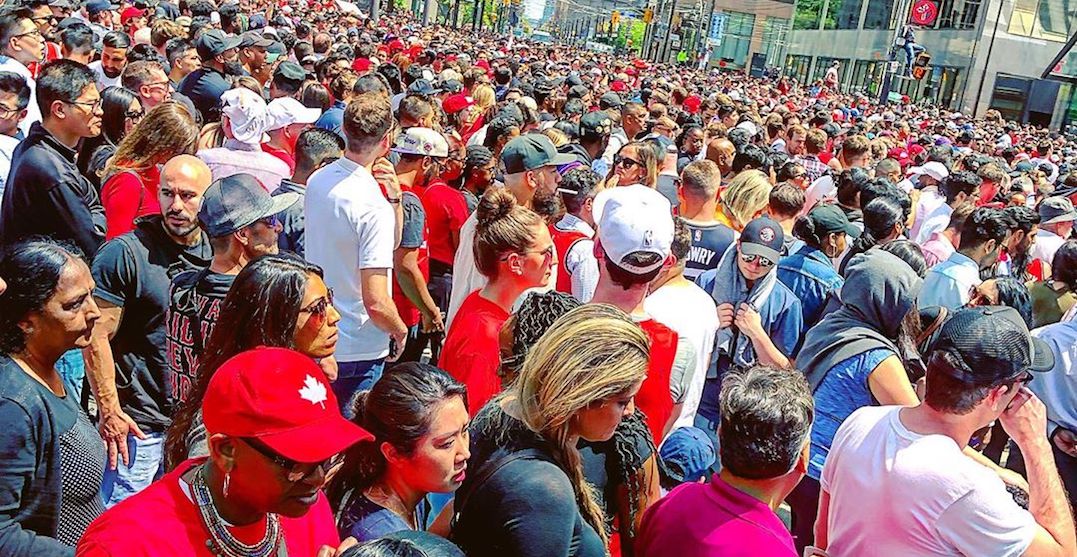 There’s a zero percent chance you’re going to get into Nathan Phillips Square at this point today.

The ending point for the Raptors celebratory parade is at capacity, and the downtown core is bursting at the seams with fans waiting for a glimpse at the home team.

To help deal with some of the overcrowding in the downtown streets, Yonge-Dundas Square is now projecting the festivities on a massive screen.

So if you’re in the area and had given up hope on getting any good view of the happenings, head to this central hub of the city and get a decent spot while you can.

#TrafficAlertTO Updates to road closures for the @Raptors championship celebration: Yonge Street is closed from Richmond to north of Dundas. Dundas is closed Bay to Church. @YDSquare is now an alternate viewing site. #WeTheNorth #WeTheNorthDay pic.twitter.com/NFrduIZvQ0