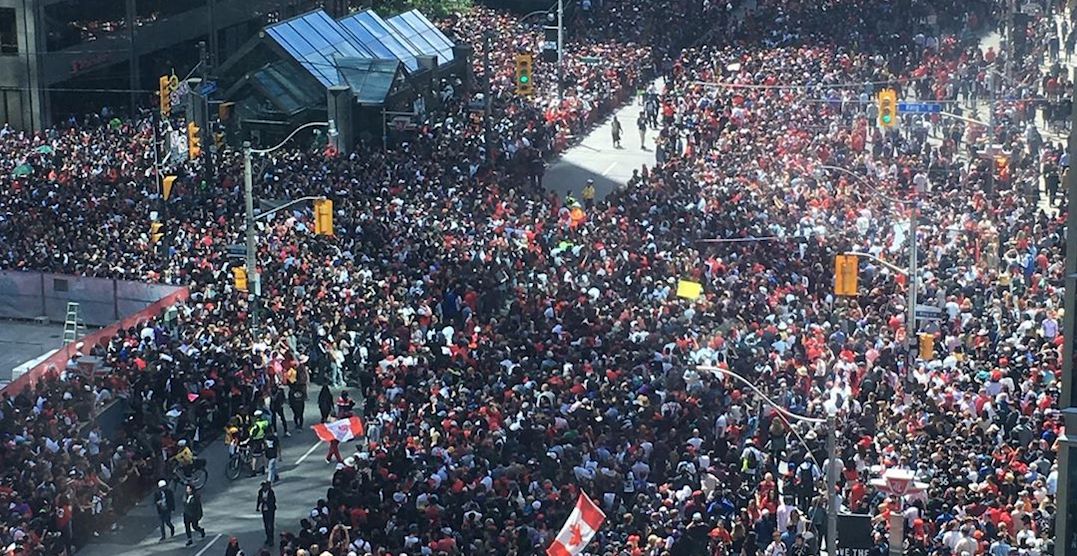 Osgoode, Queen and Dundas stations are currently closed due to overcrowding in the downtown core.

We’re so excited to celebrate the #2019NBAChamps with the entire city today. As the parade will have significant service impacts, make sure to check back often for the most current #TTC info. You can also visit https://t.co/PfY4PbUJA7 for more details. #WeTheNorth

According to the TTC, they are monitoring crowding in the core and will modify service as needed.