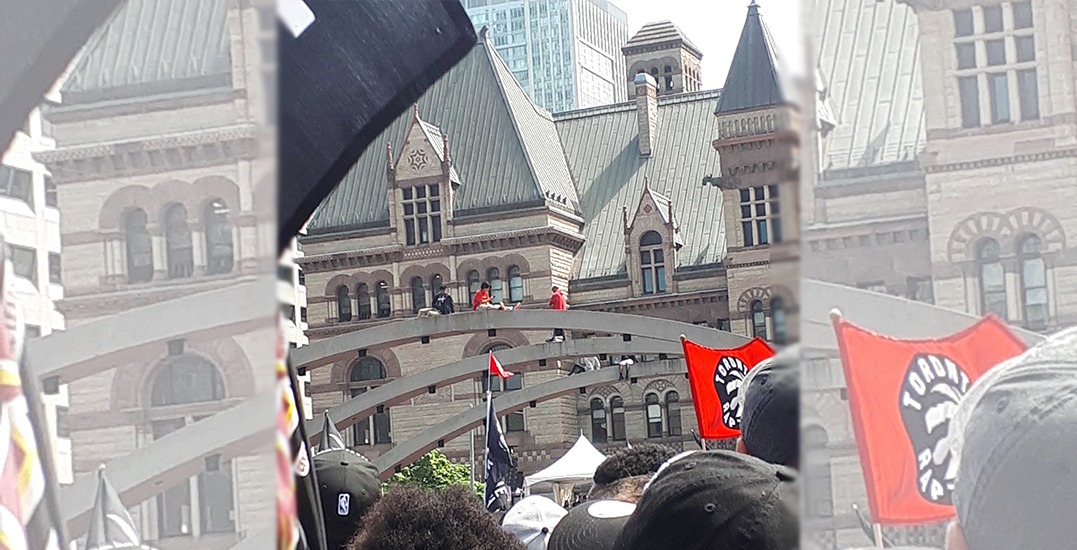 Spectators at Nathan Phillips Square are being reminded to celebrate safely ahead of today’s festivities.

Approximately one hour ago, a person was spotted climbing to the top of the arches in the Square, in order to get a better view of the parade.

A Raptors fan is seen on top of one of the arches at Nathan Phillips Square, while waiting for the parade to arrive pic.twitter.com/ocMYcY049W

He was soon joined by multiple other people, who climbed to the top of the neighbouring arches.

Another fanatic has joined on the other arch pic.twitter.com/1jLUIxu39W 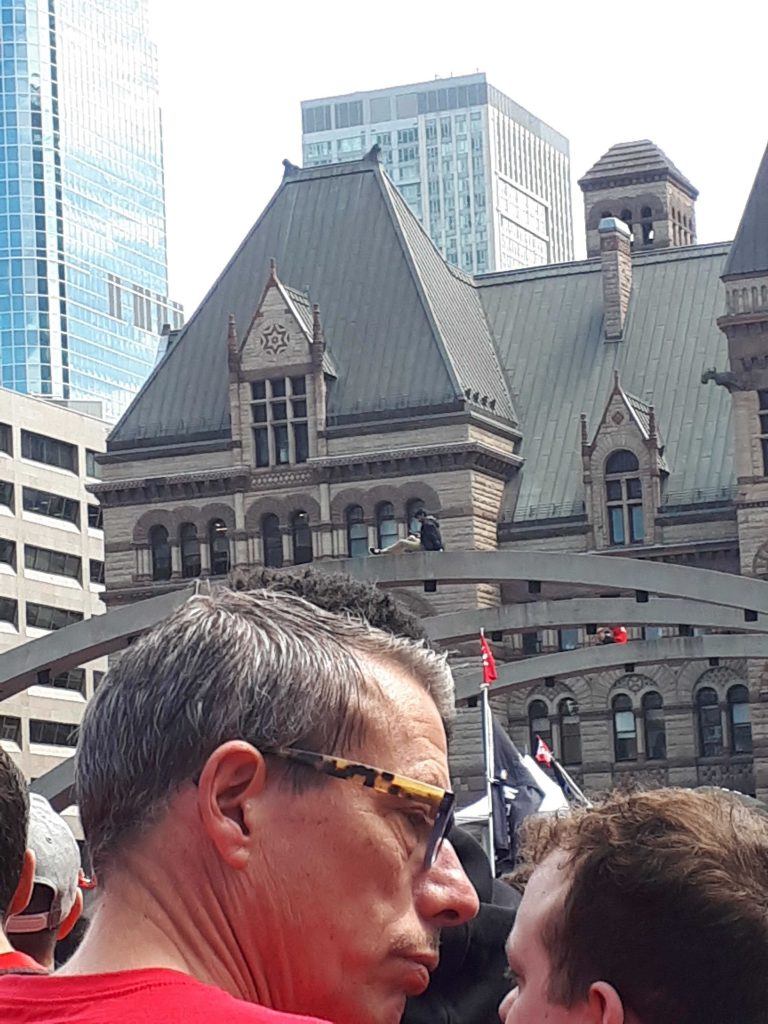 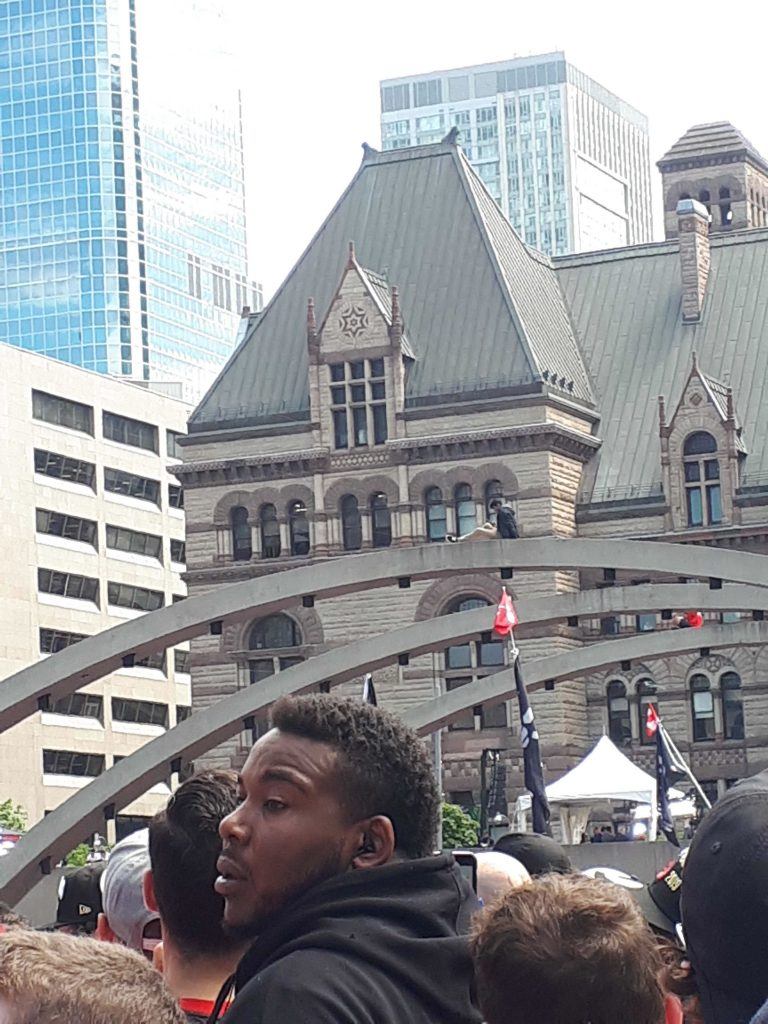 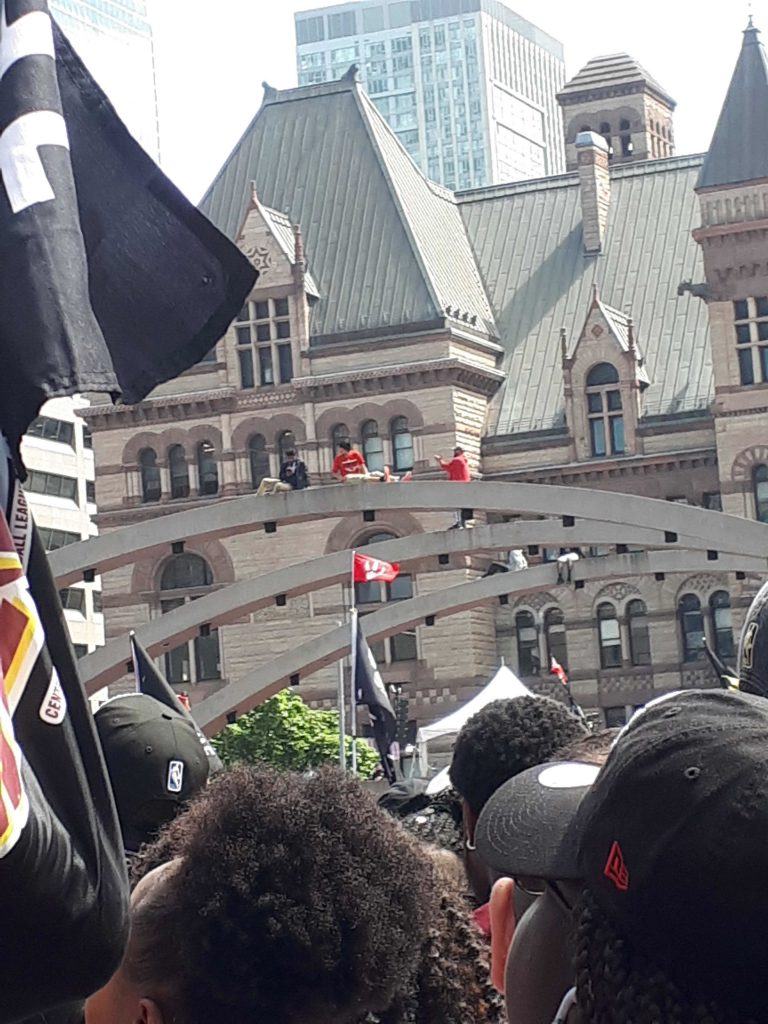 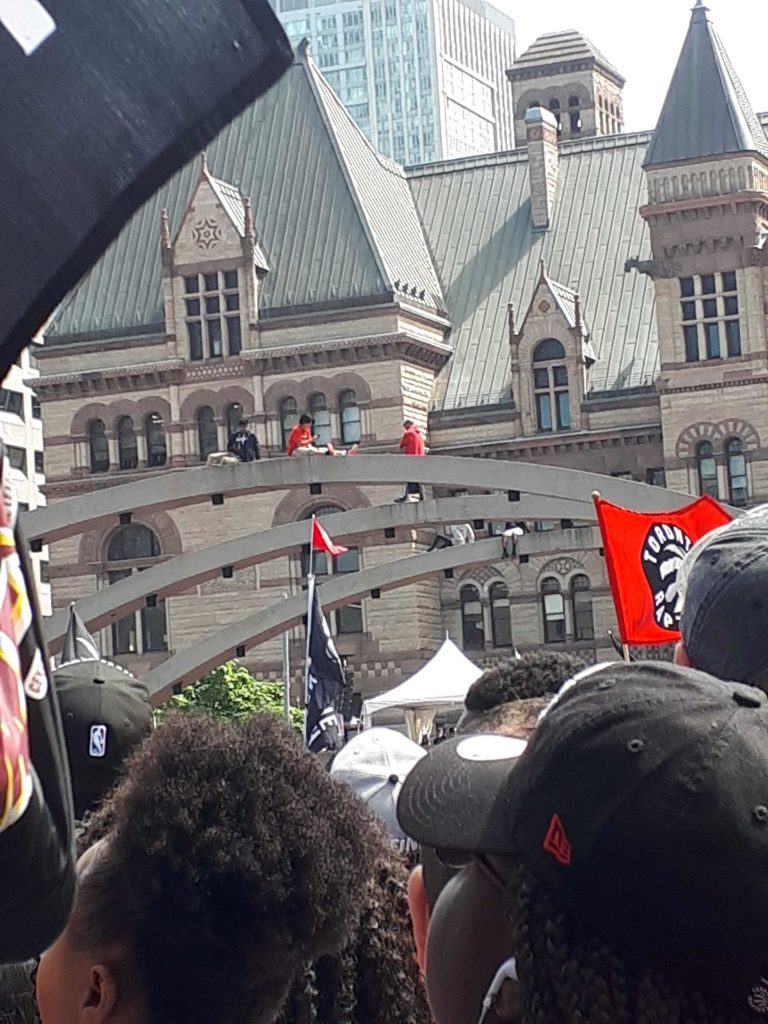 On-site spectators have since been told that the parade would not continue until the climbers came down from the arches.

People are now being told ceremonies will not continue until people come down from the arches. @CityNews pic.twitter.com/O5Pg78xGRM

Kudos to whoever at Nathan Phillips Square got the idiots down off the arches by announcing that the Raptors wouldn’t come out until they were down. (It’s going to be at least an hour before the team will get there). #WeTheNorth

Brad Ross, Chief Communications Officer for the City of Toronto, reminds everyone that climbing objects is extremely dangerous — not just for the person climbing, but those below them.

Everyone wants to have a good time and get the best view – totally get it – but please keep your feet on the ground. Climbing objects, be it light poles or the arches on Nathan Phillips Square is incredibly dangerous for those below. Safety first, followed by fun! Thanks all!

The @Raptors are on their way. Please do not impede the parade route. Stay off the road and allow the players and the floats to pass. All viewing areas close to capacity. Be patient and safe. #WeTheNorthDay #WeTheChampions #WeTheNorth