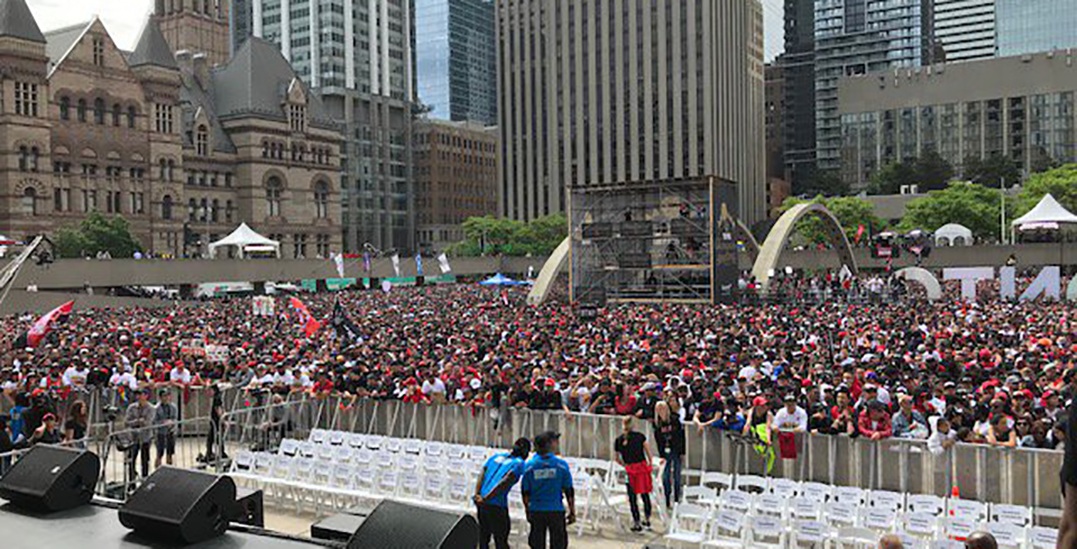 You’re going to want to find another place to watch today’s parade.

The City of Toronto has just announced that Nathan Phillips Square has reached maximum capacity.

Fans are encouraged to watch at Coronation Park outside the Princes’ Gates, where a large screen is set up for public use.

The Square is full – catch the start of the @Raptors parade and then watch rally at Coronation Park outside the Princes’ Gates. A large screen is setup for all to see. #WeTheChampions #WeTheNorthDay #WeTheNorth https://t.co/UgDTM2mDpv

The parade begins at the Princes’ Gates in Exhibition Place and ends at Nathan Phillips Square with a rally.

The festivities can also be viewed at York & Harbour Streets, Jurassic Park, and St. Andrew Station.