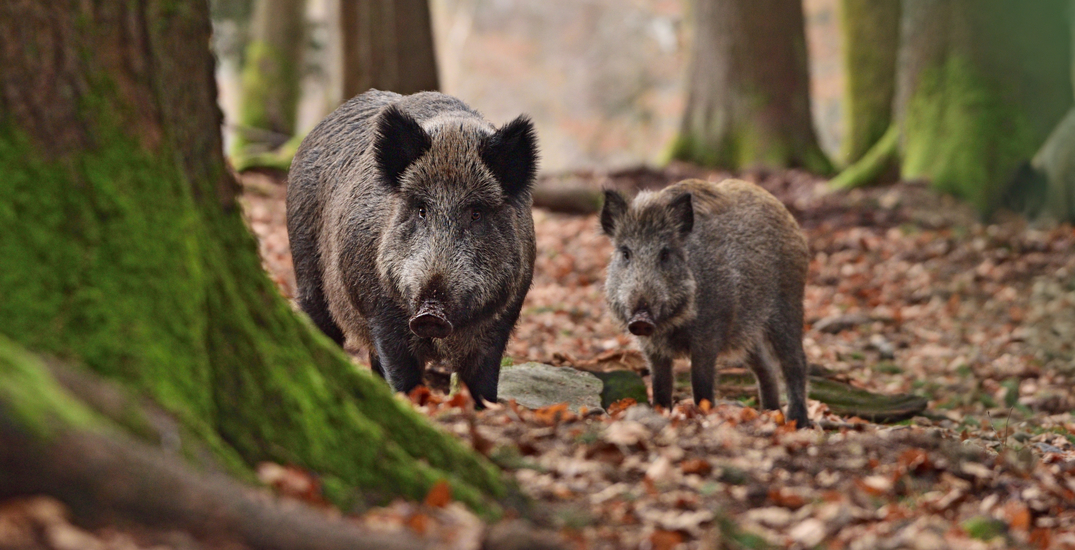 There’s a group of Eurasian wild boars on the loose near Toronto, and city and provincial officials are trying to catch them.

On November 4, the City of Pickering was first made aware of sightings of the animals in the northern part of the city, and officials notified the Ministry of Natural Resources to assist.

“The Ministry has been visiting the area on a regular basis to assess and take action on the situation and has also subsequently confirmed that there are at least 14 boars in this sounder,” Mark Guinto, division head of public affairs for the City of Pickering, told Daily Hive in an email.

A sounder is a group of wild boars that usually consists of sows and their piglets.

The Ministry of Northern Development, Mines, Natural Resources, and Forestry has been working in Pickering to try to deal with the rogue wild boars.

“Our staff have been working in the Pickering area since we first heard about the wild pigs. We are attempting to trap and remove the entire group – this is the strategy that has worked successfully in other jurisdictions such as New York state,” a spokesperson with the Ministry told Daily Hive in an email.

They said that they have received a number of calls about the same group of pigs and that the reported sightings are helping them locate the group.

Officials in Pickering and with the Ministry are concerned about the boars being on the loose as they can cause damage to the ecosystem and can reproduce quite quickly.

“Wild pigs are not native to Ontario and they are known to cause wide-scale devastation to wildlife and ecosystems and can cause negative impacts to Ontario’s agriculture sector,” the Ministry said in a statement.

There are concerns that if left uncaptured, the animals could damage plants and wildlife, compete with local wildlife for space and food, destroy habitats with their rooting and wallowing behaviour, and spread disease to wildlife, livestock, and even humans, according to the Ministry of Northern Development, Mines, Natural Resources, and Forestry.

Guinto said that they can’t speculate on where the pigs originated from but that the farming of Eurasian wild boars will soon be a thing of the past.

“The Province will be phasing out Eurasian Wild Boars from all farms by 2024, because escaped boars would pose a threat to the natural environment,” he said.

If you spot the sounder of boars, you should email the sighting to [email protected], report it through the new phone line at 1-833-933-2355, or submit it to the iNaturalist Ontario Wild Pig Reporting.