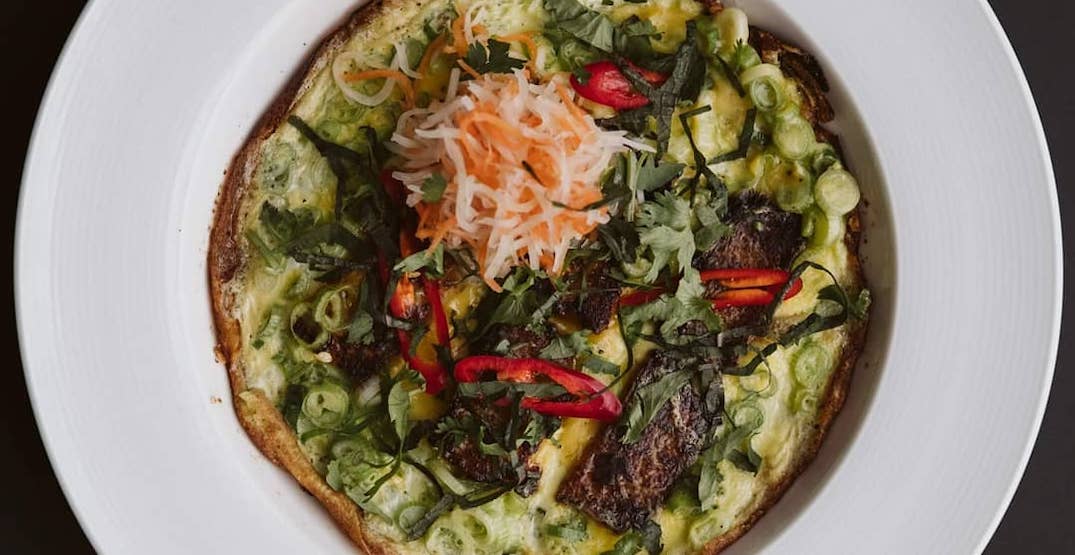 A Vietnamese brunch pop-up is coming to Toronto for one day only and pre-orders are underway.

This special pop-up is set to take place at Tallboys Craft Beer House on May 31. Co-owner of Tâm, Joseph Nguyen and Mai Le of Vịt Béo have teamed up to share the delightful flavours of Vietnam.

“The concept was actually her idea, so when she approached me about working together, we just went from there,” Nguyen said to Daily Hive.

“The menu is exclusive to the pop-up but I can’t say that an idea won’t eventually morph into something that ends up on Tâm’s menu,” Nguyen said. “It’s not as traditional as what’s usually served at Tâm so it’s been fun cooking a new style!”

There are also items on the menu that cater to those with a sweet tooth. Yogurt parfait, rice doughnuts, and an iced egg coffee are available.

“It’s been great working with him and we have such a great menu,” Le said in an Instagram post.

Pre-orders are available until May 29 and can be ordered online for pick-up. Le confirmed on Instagram that if customers miss the deadline, they’ll also be taking orders the day of.

When: May 31
Where: Tallboys Craft Beer House – 838 Bloor Street West