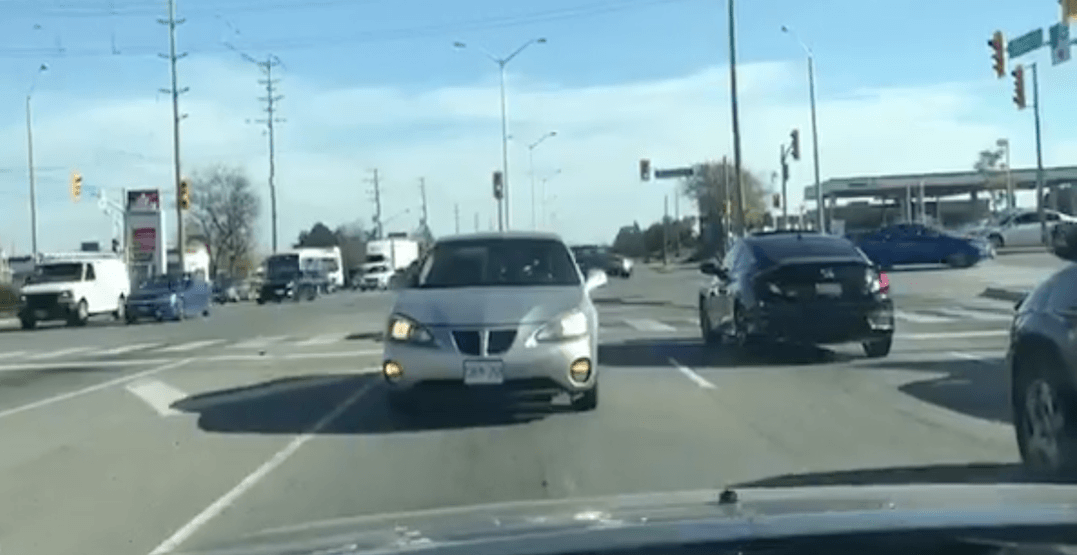 However, it appears one man has claimed the title of the most insane driver in the GTA after a video was shared of a car driving backwards down a busy street in Brampton.

On Tuesday, Twitter user Shinda Singh posted a video titled “Meanwhile, in Brampton…” that shows a motorist driving rapidly in reverse on a busy Brampton street.

In the video, you can see a silver Pontiac slowly ease through a green light southbound near Dixie Road past Steeles Avenue.

At about 15 seconds into the video, you can see the car pick up speed as it continues heading south, keeping up with the flow of traffic.

While it’s unclear why the driver felt the need to put both himself and others at risk, he most likely had a broken transmission and didn’t want to pay for a tow.

It goes without saying that this kind of driving is highly dangerous and should never be done. Don’t be surprised if you hear about this driver getting a visit from the cops soon.