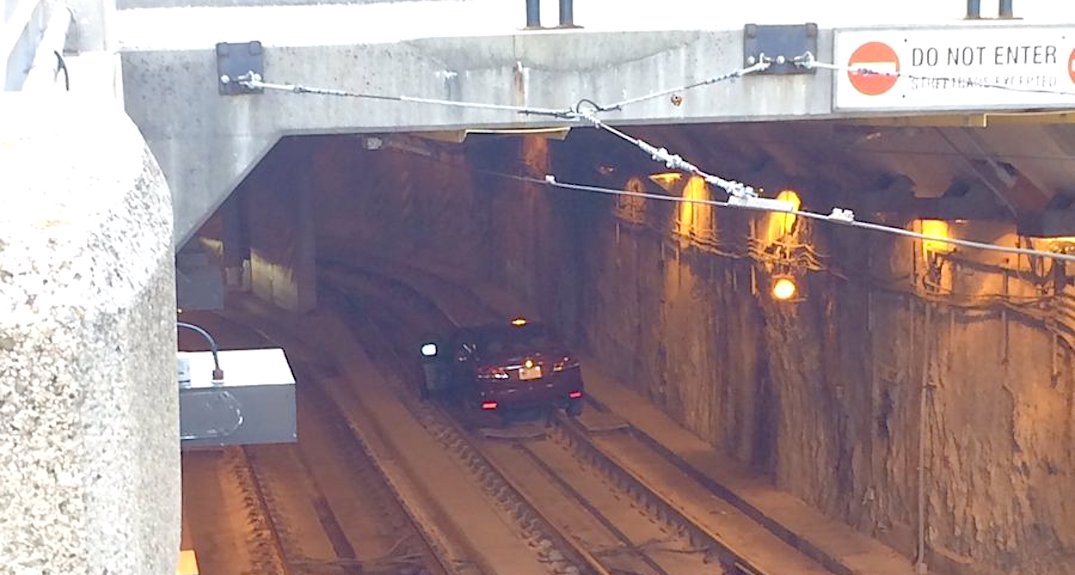 We’d like to say this has never happened before, but it has. On Wednesday morning, a car drove through the streetcar tracks near Union Station in Toronto.

The vehicle stopped streetcars from entering and exiting the Harbourfront tunnel for a portion of the morning.

509 Harbourfront and 510 Spadina turning back at Queens Quay due to an auto blocking the rails in the Harbourfront tunnel.

It’s unclear how the car ended up in the tunnel (how you can miss that massive sign above it is beyond us), but transit resumed service shortly after.

Hopefully this is the last “car drives into a streetcar tunnel” incident this year.